This department store is still open for business despite coronavirus 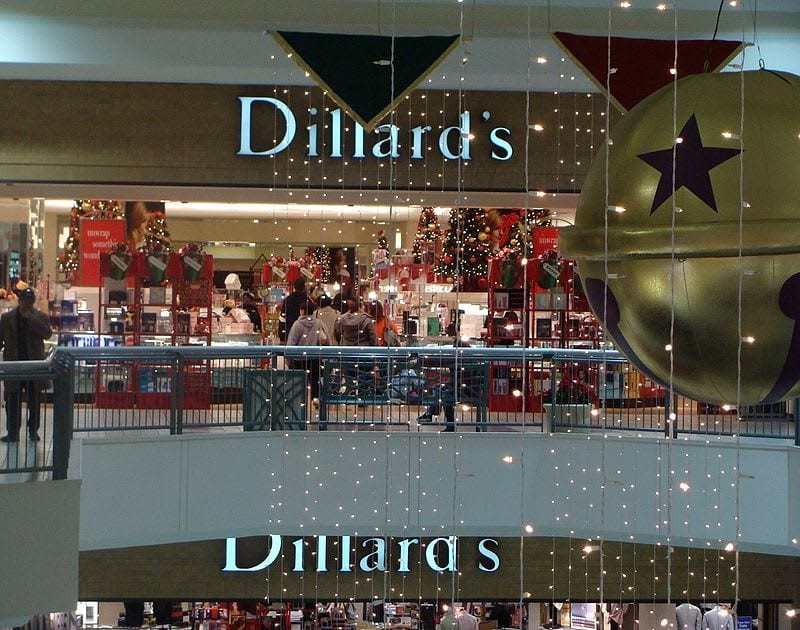 Most of America’s department stores are sitting dark today.

Macy’s, J.C. Penney, Nordstrom and Kohl’s have closed their shops across the U.S. temporarily, to try to help halt the spread of COVID-19. Many specialty shops found in the mall, such as American Eagle and Gap, have also closed up. Some mall owners, including the biggest in the U.S., Simon Property Group, have shut all of their properties for the time being.

But there is still at least one department store chain keeping its doors open: Dillard’s.

As of Tuesday morning, many Dillard’s stores were still open for business, unless a local mandate in a particular city or state had ordered it shut. The department store chain, headquartered in Little Rock, Arkansas, has roughly 290 stores, including some clearance centers, in the U.S. — primarily in the Southwest, Southeast and Midwest.

CNBC spoke to multiple employees, one of which said they were “begging” for the company to close. The workers all requested anonymity to protect their jobs.

“We are open with limited hours where not ordered to close by state or local government mandate,” a Dillard’s spokeswoman told CNBC in an email. “We are promptly cooperating with any such actions.”

The comments did not directly address the workers’ concerns.

“What is scary is people are coming in and touching everything because they are bored … and we are open for business,” one woman who works at a Dillard’s store in Colorado told CNBC.

“We are doing bullsh– work to fill the time,” she added.

A quick search on Twitter also found numerous messages from workers and customers who are upset that the company is not closing temporarily, amid the coronavirus pandemic. Some were using the hashtag “#BoycottDillards.”

Dillard’s staying open for business raises the question of what is the right call for companies to be making when they are presented with the choice of either closing temporarily or keeping the lights on. There are a lot of things to take into consideration. Many retailers have cited the most important reason for closing being the health and safety of their workers.

But this also means lost sales. And many retailers, like Nordstrom, have vowed to still pay workers for a period of time as their stores are shut. Some companies are in a more financially sound position to make these calls than others. For some, the expenses, coupled with lost revenue, will become too much.

Macy’s, Kohl’s and Nordstrom have all drawn down their revolving credit facilities this month, looking for liquidity in a pinch.

Because of COVID-19, U.S. department store chains “will likely suffer the greatest contraction in sales trends in March and April (and potentially beyond) … leading to comp declines that will likely come in far worse than what we saw during the post 9-11 period and 2008 Great Recession,” Gordon Haskett analyst Chuck Grom said.

Dillard’s shares were up more than 15% by Tuesday midday. But the stock is down more than 48% this year. The company has a market cap of about $958.5 million.