Things to do in Denver: Olympics fun, Colorado Day celebrations and more 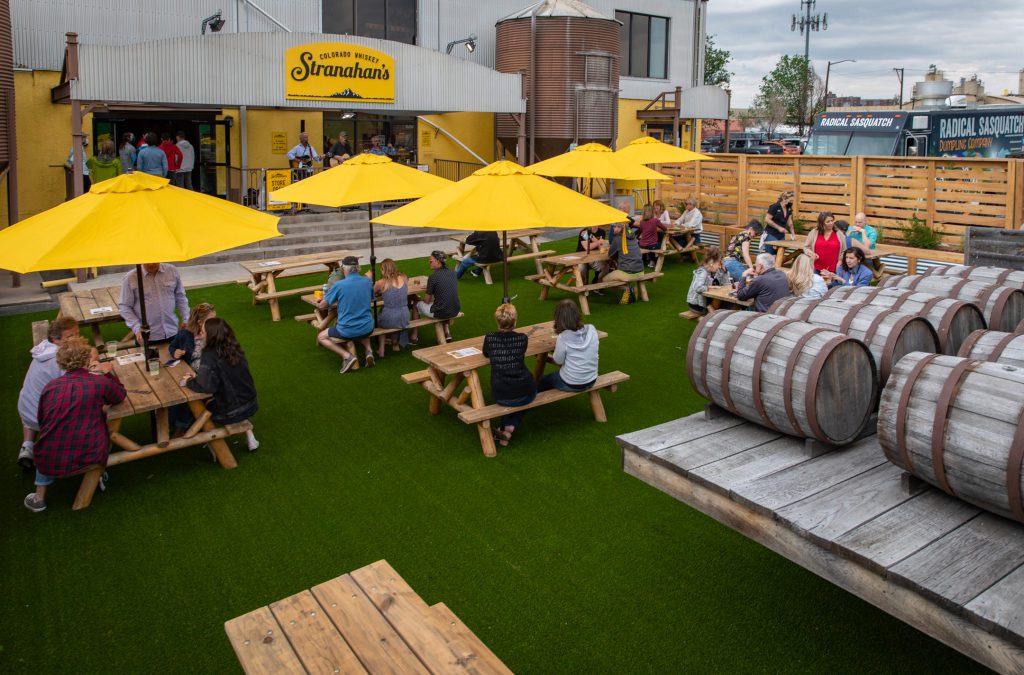 Raise a glass to Colorado’s founding

Sunday. Colorado officially became a state on Aug. 1, 1876, and Stranahan’s whiskey distillery is celebrating the occasion with a Colorado Day Bash featuring free tours, live music and food trucks to pair with its lineup of libations. The event, which runs noon to 8 p.m. on Sunday, Aug. 1, is free to attend, but visitors are encouraged to book a time slot in advance.

Join the Olympics (Museum, that is)

Through Sunday. TV ratings for the Tokyo Olympics may be down, but millions of us are still geeking out nightly on all things Olympics. If you’re one of us and looking for a place to share the spirit, head to Colorado Springs, where thousands of Olympic hopefuls train annually.

There’s going to be a big party this weekend at the new U.S. Olympic and Paralympic Museum, which opened last fall on the edge of downtown. The Fan Fest, which began Thursday and runs through Sunday, Aug. 1, will include sports demonstrations, food and beverages, and a 50-foot screen to watch the action from Tokyo.

More than a dozen Olympians will be there to interact with fans, including Hall of Famers Bonnie Blair (speed skating) and Jackie Joyner-Kersee (track and field). And, of course, the remarkable Olympic and Paralympic Museum will be open for visitors. That alone is worth the drive down to the town locals call “Olympic City USA.” Free and outdoors, daily from 10 a.m. to 10 p.m. usopm.org. — John Meyer

Alex Howes, second from left, of the Cannondale-Drapac cycling team races up Powerline during the Leadville 100 mountain bike race on Aug. 13, 2016, in Leadville. This weekend’s Stage Cycling Leadville Stage Race is a qualifier for the notoriously brutal event. (Dan Petty, Denver Post file)

Through Sunday. This weekend, the Leadville Race Series is hosting the quixotically named Stages Cycling Leadville Stage Race. Over three days, ambitious mountain bikers will take on 100 miles of Rocky Mountain terrain in one of the highest regions of the country.

Day one begins with a 40-mile trek that starts in Leadville and ends at Twin Lakes Dam. An award ceremony will follow once athletes have taken the shuttle back into town. Back at it early Saturday morning, cyclists will meet at Twin Lakes Dam to conquer another 23 miles.

To end the three-day race, the final leg pushes athletes an additional 43 miles of technical mountain biking. Note that the stage race is a qualifying event for the Leadville 100, one of the toughest mountain bike races sought annually by athletes and pros alike. Registration for the event is online only. For more information on packet pickups, shuttle times and lodging, visit leadvilleraceseries.com. — Ashley Carter

In this June 18, 2018, file photo, patches cover the back of a Girl Scout’s vest at a demonstration of some of their activities. (AP file)

Friday-Sunday. Downtown’s Elitch Gardens Theme and Water Park is welcoming Girl Scouts this weekend with admission discounts. All-day tickets are $30, in addition to one complimentary chaperone ticket per 15 Girl Scouts. A portion of the proceeds benefits Girl Scouts of Colorado.

Once inside the park, scouts can pick up their park-themed badge designed by Denver scout Abigail R. of Denver. Open 10:30 a.m.-8 p.m. on weekends; 10:30 a.m.-7 p.m. on weeknights. Visit elitchgardens.com, email Holly at hvigil@elitchgardens.com, or call 303-572-4517 for more information. The park is located at 2000 Elitch Circle in Denver. — Ashley Carter