There Is No Grace Period on Bench Warrants in Colorado 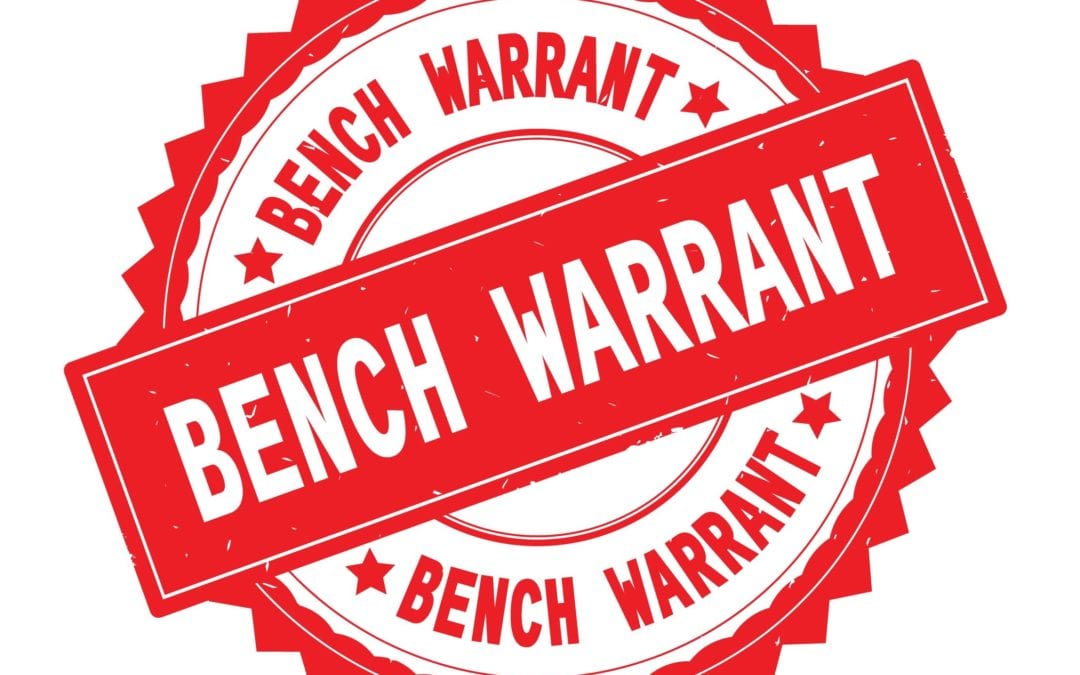 In February of 2020, a law was proposed in Colorado that would eliminate bench warrants for defendants who failed to make their court appearance. Known as the “Grace Period” bill, it would have granted a 72-hour window to appear in court after failing to show for the initial court date.

According to CBSN Denver, that bill is now indefinitely postponed, so there is no grace period for bench warrants in Colorado at this time. That’s why, if you have an impending court date, it’s crucial to get to court. If not, a bench warrant may be issued for you.

Here’s what you need to know about bench warrants, when and why they’re issued, how you can resolve bench warrants issued for you, and what can happen to you if you choose not to find a resolution.

What Exactly Is a Colorado Bench Warrant?

After you receive a traffic ticket, are arrested, or get ticketed for some other violation, you may be given notice to appear in court. If you fail to appear for your court date, then a bench warrant can be issued by the court. This bench warrant allows the police to take you into custody so that you can appear before a judge in the courtroom. Bench warrants are normally issued directly by a judge.

When a bench warrant is issued for minor offenses such as traffic violations, the police may not actively look for you. Instead, your name is entered into a database in Colorado. Then, if you have any contact with the police, your name appears and they will take you into custody.

If you have an outstanding bench warrant, it can result in:

If you got a bench warrant for failure to appear in court, the judge likely isn’t interested in understanding why you didn’t appear in court — even if it was by accident. You are responsible for taking care of any bench warrant associated with you or you can be arrested.

You Got a Bench Warrant in Colorado, Now What?

If a bench warrant has been issued for you, then you want to resolve it. This is called recalling or quashing a bench warrant. Bench warrants must be taken care of as soon as you are able so you are not arrested or have your license taken away.

If you have an attorney, they may be able to quash your bench warrant without the need to appear in court. They can file a motion to recall the warrant and then appear on your behalf in order to ask the judge for the recall. This may not work if you failed to appear for a felony charge or have a history of failing to appear, however. If that is the case, then you may have to go to court in person to rectify the matter.

Something important to note: if you go to court in order to recall a bench warrant, there is a chance you will go to jail. However, there is also a chance the court will allow you to go after you pay any court fees.

If you do not quash the warrant, you know without a doubt that you’ll be arrested and detained if you’re stopped by police. It is a risk worth taking to rectify things with the court.

What Happens If You Ignore a Colorado Bench Warrant?

If you have an active bench warrant against you and are taken into custody, then you must post bail in order to be released. Bail is often set by the court and will depend on a few different factors such as the underlying violation, any history of failing to appear, and your criminal history.

There is a possibility that the judge can find you in contempt of court as well, which can result in jail time. You may also be required to pay fines, any fees associated with the warrant, and court administrative costs before you can be released. Additionally, when you are released, you’ll be given another court date and must appear on that date or you will forfeit your bail and face yet another bench warrant.

What About Losing Your Colorado Driver’s License?

Another aspect of choosing not to resolve a bench warrant is the possibility of losing your driver’s license. The court can notify the Colorado Motor Vehicle Division when a bench warrant is issued due to an underlying traffic violation. The Department of Motor Vehicles can then revoke your operator’s license. If you are pulled over on a suspended license, then you can face additional charges.

Bench warrants must be taken seriously. Until the law changes, they can land you in even more legal hot water if not dealt with.