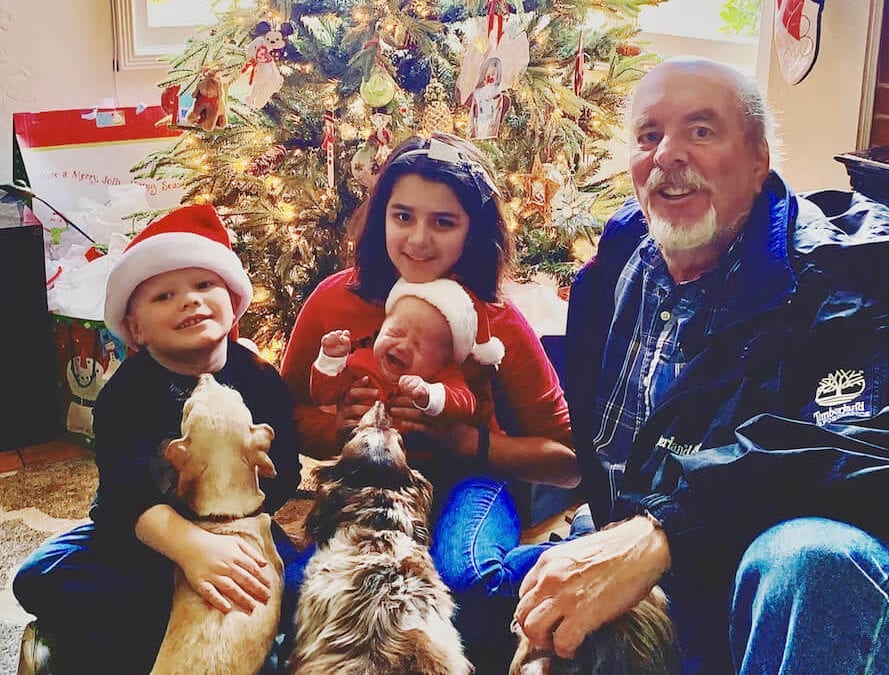 I’m writing today to tell you about one of the most decent, generous, hardworking Colorado reporters you probably have never met — Burt Hubbard.

I’m introducing you because I believe in better-late-than-never and Burt is leaving our fair state to become a full-time grandpa, so I guess we have to forgive him. I’m introducing you because Burt has given a good chunk of his life — four decades — to local reporting here. He was a reporter at the Rocky Mountain News, the Denver Post, Rocky Mountain PBS, and in recent years, he has helped many news organizations with data-based reporting, including the new multi-newsroom collaborative work brought to you by COLab. All that, while teaching data journalism at CU-Boulder.

Burt does not say no to a student or to a fellow reporter who needs help, even now, when he is “retired.” Just a few days ago, I called him out of the blue with a young reporter on the line asking if he could help guide the reporter through some census data. Sure, he said, dropping whatever it was he might have been doing.

“You don’t have to write about me,” he told me.

But, I do. Because in his humility, he has allowed others to shine. Because our state was made better by his work. Because when we talk about strengthening local journalism, it can mean building better business models, it can mean more connected relationships with our communities, and it can mean supporting a journalist like Burt who reports with the public’s interest in mind.

I will never forget the project he did in 2007 with the Rocky’s education reporter Nancy Mitchell and the Piton Foundation called “Leaving to Learn.” It found, among other things, that one-quarter of Denver’s school-age children were not enrolled in the district schools. Two other pieces that had tremendous impact were 2013’s Losing Ground, a Rocky Mountain PBS special investigation that analyzed six decades of census data to reveal that Colorado’s Black and Latino residents have been falling further and further behind their white counterparts, and Standing in the Gap, a four-part RMPBS series examining race and the achievement gap in Denver Public Schools.

Burt is leaving the state, but because he is Burt, he is not leaving the work. Not entirely. He’ll keep working with us at COLab as time allows because he knows the urgency. Even as newsrooms continue to sprout in Denver, papers across the state are struggling — for time, for money to hire reporters and pay them something resembling a living wage, for expertise, for support. There are not enough Burts to go around.

Through COLab and its network of newsrooms, the wealth of his knowledge is more easily spread and it pleases him to know he has something to pass on. “I love journalism. It allowed me to do so many projects, so I want to help people in honing their skills or taking their story to another level,” he told me.

So, this is a wake-up call that we have work ahead. This is a reminder that the knowledge Burt is passing on is vital and that it feeds a younger generation of reporters who share the same drive and passion for holding power to account, for ensuring that people understand the consequences of public policy, and for connecting the dots to make sense of what is happening around us. We chose to help create COLab in large part for this very reason: Reporters don’t just decide to become great journalists — they need training, mentoring and support.

But, mostly, this is a heartfelt thank you to a reporter who has made a difference and to a human being who has never lost sight that all those numbers he crunched represented fellow human beings. Burt’s leaving but his work goes on, and that’s something for which we all can be grateful.

This post originally appeared in a letter to readers on Friday, Sept. 18. Get our newsletter delivered straight to your email box by signing up here.

Support our work with COLab here.