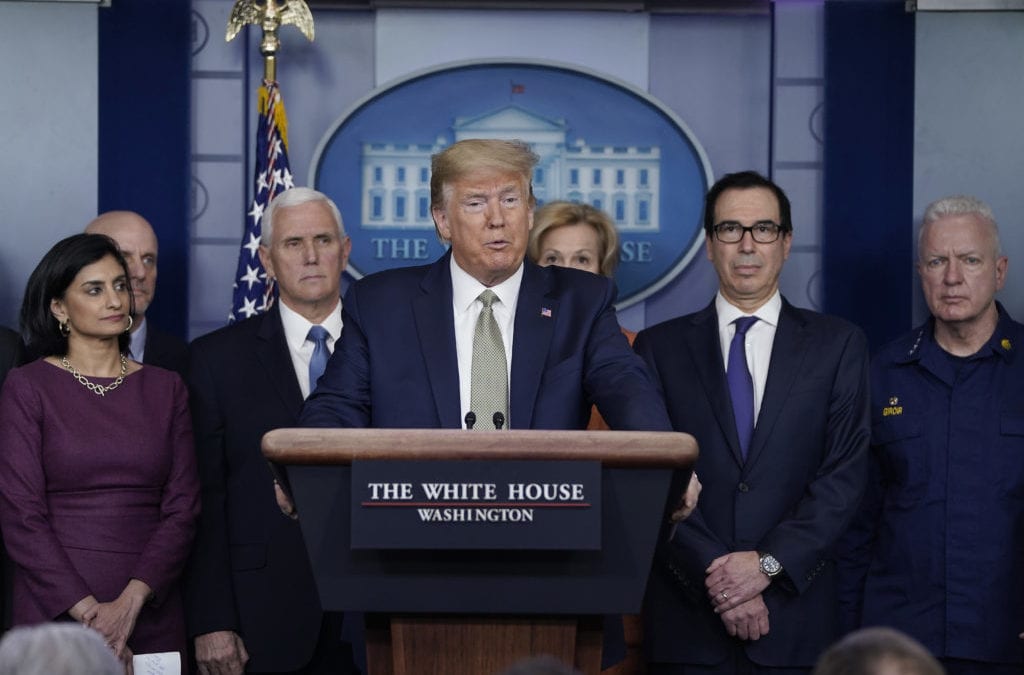 TSR Updatez: Looks like the White House may be cutting checks for people after all. White House officials announced today that they want to give Americans checks in order to combat the economic devastation many are expected to feel due to the coronavirus outbreak, according to NBC News.

“We are looking at sending checks to Americans immediately,” Treasury Secretary Steven Mnuchin said during a news conference at the White House.

Like straight out of a JG Wentworth commercial, Mnuchin had this to say, “Americans need cash now and the president wants to get cash now. And I mean now in the next two weeks.”

The problem is, it is unclear who would get money and how much, but Mnuchin indicated that it would be aimed toward those who are hurting most because of the outbreak.

Donald Trump, who had initially floated a payroll tax holiday, said that he favored more immediate action that could put cash into American’s pockets faster than waiting for the next payday.

“I think we are going to do something that gets money to them as quickly as possible,” Trump said. “We will have a pretty good idea at the end of the day what we will be doing.”

Mnuchin said he would be “previewing” the details at a meeting with lawmakers on Capitol Hill this afternoon.

“There are some numbers out there. They may be a little bit bigger than what’s in the press,” he added.\

This could really happen as the lawmakers Mnuchin is expected to meet with have called for giving Americans immediate direct cash payments.

A group of Senate Democrats, led by Michael Bennet of Colorado, Cory Booker of New Jersey and Sherrod Brown of Ohio, proposed sending as much as $4,500 to each American.

Mnuchin is expected to meet with lawmakers on Capitol Hill later Tuesday to urge them to act immediately.

We’ll keep you posted on any updates.