The U.S. Army Just Bought A Bunch Of These Chevy Colorado ZR2-Based Trucks To Transport Troops 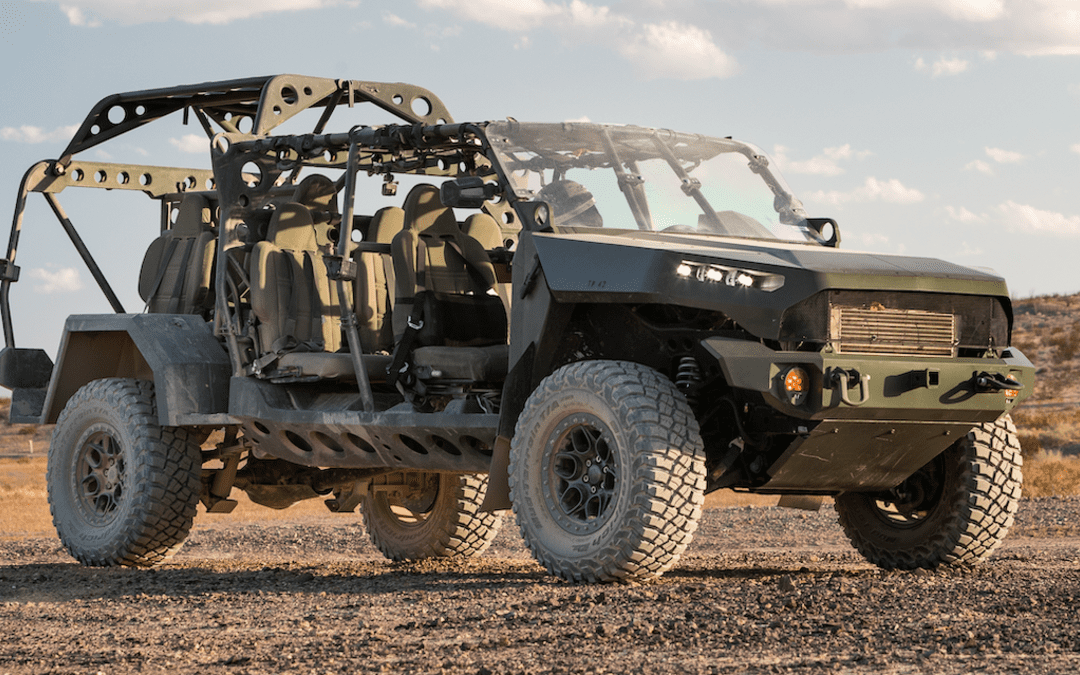 The trucks are good!
PrevNextView All

In its press release, General Motors mentions that the U.S. Army gave GM Defense LLC (a subsidiary of GM) the contract to “build, field and sustain the Army’s new Infantry Squad Vehicle (ISV).” The automaker describes how the Army plans to use the Chevy Colorado ZR2-based trucks, writing:

Designed to provide rapid ground mobility, the expeditionary ISV is a light and agile all-terrain troop carrier intended to transport a nine-Soldier infantry squad moving throughout the battlefield. The ISV is light enough to be sling loaded from a UH-60 Blackhawk helicopter and compact enough to fit inside a CH-47 Chinook helicopter for air transportability. ﻿

The $214.3 million contract covers the “initial Army Procurement Objective” of 649 machines, while 2,065 of the ISVs have been approved as the “Army Acquisition Objective.” If you’re wondering what those two terms—APO and AAO for short—mean, here’s how  defines them:

The AAO is what the Army wants to procure; the APO is what the Army can procure. The AAO is constrained through several different mechanisms, the two major ones being fiscal constraint and projected obsolescence. When these factors are applied to the AAO, it reduces the number of items. This becomes the APO. Fiscal restraints on procurements, in most cases, are caused by the limited availability of procurement dollars to meet all the Army’s requirements. Many systems are procured at a reduced quantity over a greater period than initially envisioned. By the time the availability of funding allows for an item procured to the AAO level, its replacement may be available for procurement instead.

General Motors says the ISV is based on the Colorado ZR2’s architecture, and that 90 percent of the military troop-hauler’s parts are “commercial off-the-shelf” components. Among them are the “Multimatic” dampers and Chevrolet Performance suspension bits.

Obviously, this truck doesn’t look anything like a Colorado. That’s because it’s got an “occupant and cargo superstructure” on top of a chassis that is, per a GM Defense spokesperson, very similar to that of a civilian Colorado ZR2. GM Defense designed that superstructure to meet the Army’s requirements involving dimensions, seating layout, safety, weight, and so on.

The front view shows a mesh grille sitting in front of an air-to-air intercooler for the 2.8-liter Duramax turbo-diesel motor, which is bolted to a six-speed automatic. The engine has been modified to make more power, per Chevy rep Mark Dickens, who talks to TFL Truck in the video below. That’s a good thing, because the standard ZR2 diesel isn’t particularly quick, and the ISV, despite the lack of windows and doors, probably isn’t any lighter than the civilian model (though we do know, per Dickens, that it comes in at under 5,000 pounds).

In the image above, you can also see the “Multimatic” shocks and Trail-Gear limit straps, whose job it is to prolong shock life by preventing them from “topping out” at full extension as the truck traverses rough terrain at high speeds.

The tires are BF Goodrich Mud-Terrains wrapped around AEV wheels. Speaking of AEV components, that looks like an AEV differential skidplate on the rear axle (see below). Also, have a look at the rocker panels with the giant holes in them. They are “vee’d,” a bit, though it doesn’t seem like the entire hull is dramatically vee-shaped as you’d see in an MRAP (this shape offers protection against explosives). Interesting. Of course, the bigger issue is the lack of doors and windows.

GM Defense says that, in 2019, it partnered with Ricardo Defense after the Army gave $1 million contracts to three competing companies to develop initial prototypes. Now things seem to be moving forward, with 649 of GM’s ISVs about to make their way into the Army’s hands.