The Texans Are Coming (to Colorado) – Texas Monthly 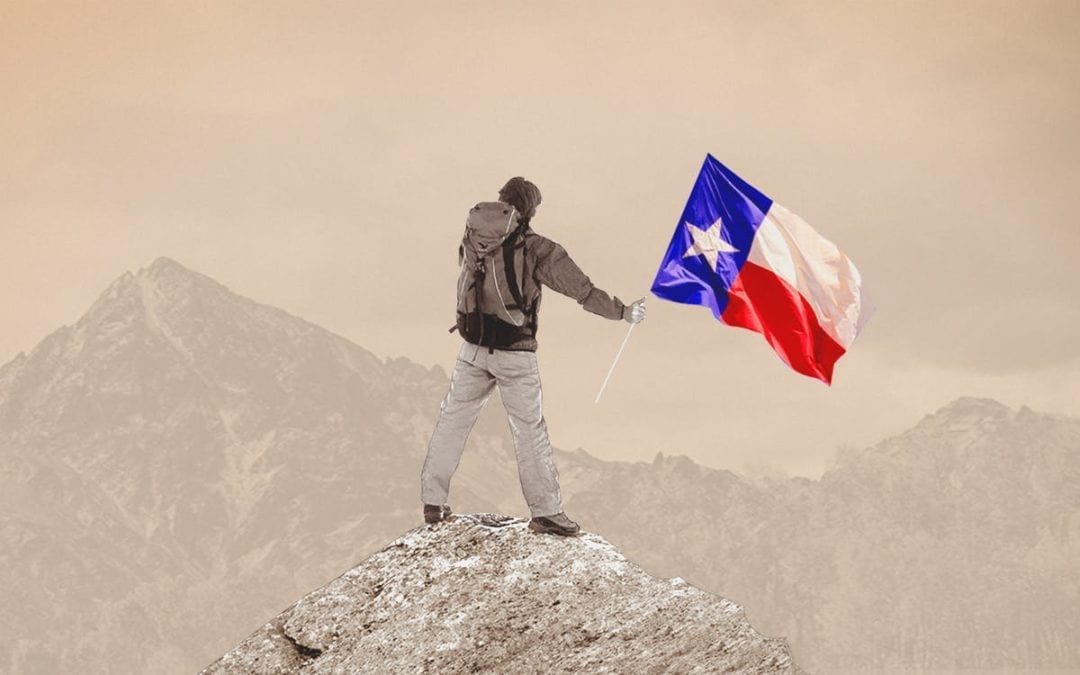 In a normal year, one in which the world isn’t facing a plague of global proportions, Shivna Vasavada and her husband, Nimesh Patel, like to save up their vacation days for an epic international trip. In previous years, the Dallas couple has traveled to New Zealand, Japan, and Botswana. For 2020, they booked an August trip to Iceland to celebrate the end of Patel’s medical fellowship at UT Southwestern Medical Center and the beginning of his new job in the hospital’s cardiology division.

“We don’t really travel much in the continental United States,” says Vasavada, who works as a food publicist. “Every chance we get, we’re on a plane, and we’re trying to go as far as we can and for as long as we can.”

Then the coronavirus pandemic hit, and their best-laid travel plans evaporated. Wanting a change of scenery that would allow them to enjoy the outdoors in summer without melting in the heat, Vasavada and Patel packed up their one-year-old and instead spent two weeks exploring Colorado for the first time. In Vail and Crested Butte, they tried to avoid crowds while hiking, picnicking, and riding a gondola.

Thanks for reading Texas Monthly

We’re publishing more stories than ever before, and giving you unlimited access to all of it. Subscribe now to have the magazine delivered to your home.

After five months of sheltering in place while navigating the tug-of-war of restrictions playing out between local officials and Governor Greg Abbott, not to mention the mounting toll of COVID-19 infections and deaths, Texans are restless. Add in yet another , and it’s no wonder that there seems to be one destination at the top of many travelers’ lists: Colorado.

Starting in late June and early July, the Facebook feeds of many Texans began to fill with mentions of the state; beaches were replaced by mountains as the Instagram look of summer 2020; and at least one Austinite, Paula Biehler, reported that leading up to her own trip to the state to visit family, “every person I ran into in my neighborhood was going to Colorado for the summer.”

Though it may seem to Texans like there is a mass exodus this year, the pandemic has only accelerated a longtime trend.

“It sure seems like it’s a boomer of a season for Texas in Crested Butte and the Gunnison Valley,” says John Norton, executive director of the Gunnison–Crested Butte Tourism and Prosperity Partnership. But he says Texas tourists have long been a big part of his region’s summer season.

“We used to call the whole summer ‘the offseason,’ and it’s clearly not offseason anymore,” Norton says, noting that he first saw an increase in warm-weather tourism about twenty years ago. “As summer has grown, I think that the volume of people from Texas has grown. I think probably Texas getting marginally warmer over the years has just put fuel in the fire of Texans wanting to escape the heat.”

Norton reports that while the overall number of tourists visiting the Gunnison Valley is slightly lower than last year, Texas visitations are up more than 30 percent this summer compared with 2019. There’s a similar trend at the Springs Resort & Spa in Pagosa Springs, where sales and marketing director Shane Lucero says the number of bookings by Texans is up 33 percent from last summer. And at the Rocky Mountain Outdoor Center in Buena Vista, owner Brandon Slate says business is booming—with Texans, as usual, making up a substantial percentage of his out-of-state customers.

“It has been just incredibly hectic this summer. I think we’re the only thing people can do right now,” Slate says with a laugh as the phones ring nonstop behind him, many with last-minute reservation requests. “I think we thought, at the beginning of this season, we may be irrelevant in the grand scheme of things. It turns out, we’re like the most relevant. We’re the solution right now to people’s mental and physical health.”

Colorado has taken a different tack than neighboring New Mexico, which imposed a two-week self-quarantine for out-of-state visitors and encouraging travelers to stay away. Both states have a large tourism economy, with tourists spending in Colorado and in New Mexico in 2017. In at least three Colorado counties, public health volunteers have been , the Colorado Sun reported. And in the state’s southwest corner, Durango health officials are to tell where tourists are coming from—Texas is at the top of the list—and adjust safety messaging accordingly.

Relatively safe access to the outdoors, physical activity, and somewhat cooler weather seem to be the biggest draw for overheated pilgrims from Texas. (Many parts of Colorado are actually experiencing and raging wildfires.) Michelle Reeder had originally planned a vacation to Hawaii with her family, but after that state imposed stringent quarantine restrictions, “We decided pretty much on the spur of the moment to go to Steamboat Springs.”

After months of living, working, and schooling in the same house with her husband and two high-school-age children, she says the walls were starting to close in. “We were really just ready for some wide-open spaces.” Reeder describes her family as “very active,” an accurate statement given the amount of outdoor activities they packed into their weeklong stay in Colorado: two whitewater rafting trips, a visit to the Strawberry Park Hot Springs, hiking, horseback riding, mountain biking, and riding ATVs.

While Colorado is under some state restrictions, including limiting indoor dining capacity and requiring masks indoors, many resort towns have taken advantage of the mild weather. Telluride, Golden, and Crested Butte are among the cities that have partially blocked off traffic downtown and allowed restaurants to expand seating into the main street, creating an atmosphere not unlike that of a big, socially distanced dinner party.

Vasavada says that she thinks that the casual vibe and the lack of hustle and bustle in the towns she visited is a draw for Texans, particularly those from big cities like Dallas. Plus, “I would say the food has been excellent. I wasn’t expecting to have the same quality of food and cocktails, and it’s been amazing. … I was expecting nothing to be able to live up to those international travels, and I have been very pleasantly surprised. I definitely think we’ll come back.”

The state has also seen an increase in travelers driving RVs and camper vans—a development in line with the fact that of domestic travelers planned to hit the road this summer.

“The side valleys are absolutely attacked,” Norton says. “Crested Butte Conservation Corps, which typically builds trails in the summer … are spending a lot of their time, instead of doing the trail work, cleaning up in the meadows that a lot of people have camped in.”

The rise in remote work also means that some travelers are trading in weeklong vacations for longer stays, or even thinking of moving. According to the Colorado Sun, in many of the resort towns are up, as are inquiries into school enrollment. In Aspen, where the median home price is a cool $1.9 million, there were 111 homes under contract in the first half of July—a 141 percent increase over the previous year.

“My husband was ready to pack us up and move out of Austin to Colorado. He fell in love with it,” Reeder says. “Pretty much every day we were there, he was looking up real estate.”

Coloradoans may not be as universally thrilled. Though all of the travelers Texas Monthly spoke with said they received a warm welcome from locals, there’s been some good-hearted ribbing. Pranksters altered an Aspen city limit sign to read “Texas City Limit,” earning the of the local police, and an Aspen Times columnist the bad driving of Texans in their “lumbering, luxury SUVS.” He concluded, “Time to put up the barricades and ‘Forget the Alamo!’”

Slate echoes those concerns. “Just tell the Texans to slow down on the highways. They really like to drive fast and pass in dangerous places,” he says. “And you know, the roads are really crowded right now. We really want to encourage them to just enjoy the view and slow down and drive the speed limit … Nine times out of ten, when that vehicle blows by you in a no-passing zone, it has a Texas license plate.”

Still, all the Colorado workers interviewed for this story said they appreciate the tourism dollars that out-of-state visitors are spending.

“We’d be out of business if it weren’t for the Texans,” Norton says. “They’re boisterous, they’re friendly and gregarious, they may be a little noisier than someone from New York or California. But all the Texans I know, and it’s a bunch, are good-hearted. And if not them, then who do you want? … So you know, God bless the Texans. Bring it on.”