The tarantulas are coming out of hiding in southeastern Colorado 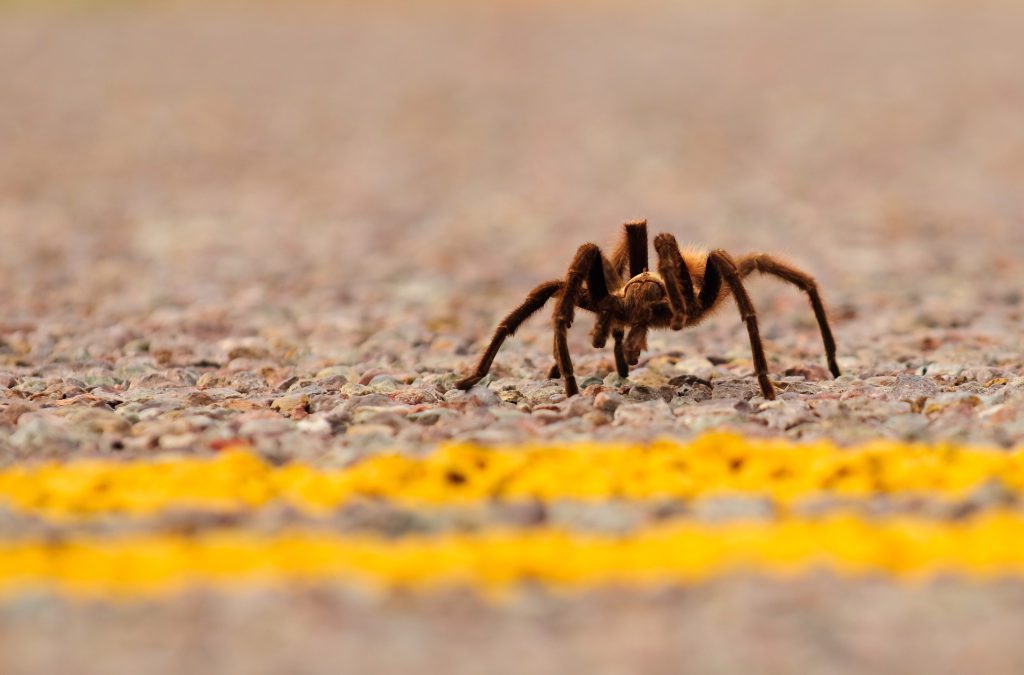 One of Colorado’s weirdest tourist attractions — some might call it creepy in more ways than one, since it involves creeping tarantulas — has begun in southeastern Colorado.

The annual “tarantula migration,” when hairy brown spiders as big as saucers come out of hiding looking for mating partners, happens in September and generally peaks in mid-September. An influx of visitors make the drive down to La Junta, three hours from Denver, to watch the eight-legged arachnids cruising for hookups.

Even though it’s called a migration, it isn’t one. When mating season arrives, otherwise reclusive males reaching adulthood emerge from their burrows to go on “walkabouts” looking for females, according to Whitney Cranshaw, a retired Colorado State University entomologist. After mating, their days are numbered because they will die later this season.

“It’s not uncommon for us to have one at our house,” Denahy said. “Not inside the house, but last year or the year before, there was a tarantula crawling on the deck. We’ve also seen them on the side of our house, climbing our bricks.”

The males often cruise in groups. Some will be active in the late afternoon, but the peak usually occurs in the final hour before sunset. They are often seen crossing rural roads, which is why local tourism folks urge people not to create traffic hazards.

Denahy said people are often surprised by how big the tarantulas are.

“There are a lot of people who are afraid of spiders, so their first reaction is to be scared of them. But they’re almost like gentle giants,” Denahy said. “They’re not fast-moving creatures, but it’s quite a sight, because they are not just tiny spiders.”

Folks in La Junta are hoping the peak of tarantula activity this year occurs at the end of the month, because that’s when they will be commemorating the 200th anniversary of the creation of the Santa Fe Trail from Franklin, Mo., to Santa Fe, N.M. v,ia Bent’s Old Fort, which is 8 miles northeast of La Junta. The Santa Fe Trail Bicentennial Symposium at Bent’s Old Fort National Historic Site, Sept. 23-26, will include trail tours, expert presentations and “living history” demonstrations.

If you go, Denahy recommends avoiding the route to La Junta involving Interstate 25. She suggests taking Interstate 70 to Limon, Colorado 71 south to Rocky Ford, and U.S. 50 the final 12 miles into La Junta. Rocky Ford’s farmers markets should still have some of their famous cantaloupes and watermelons, freshly picked, at least until the first frost.

La Junta’s tourism office maintains a page on its website, visitlajunta.net, outlining tips on how and where to view the tarantulas and a safety caution.

“Please do not stop in the middle of the road to view the tarantulas,” it says. “It is important to follow all traffic rules and pull over in a safe viewing area where there is ample room for cars to continue on the highway.”