The Reactionary Immigration Measures Alabama, Florida and Colorado Just Passed That No One is Talking About 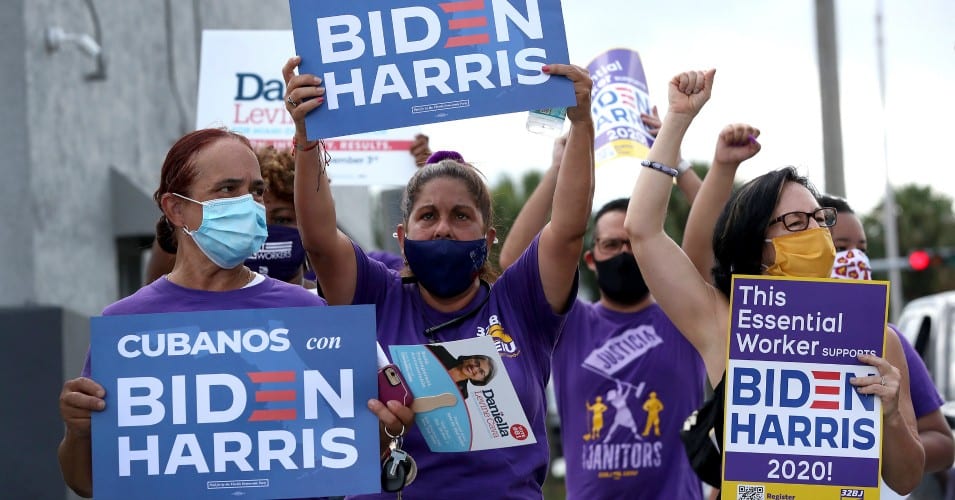 A Trump-aligned group called Citizen Voter, Inc. is spending millions of dollars to push model state constitutional reform to prevent political rights from being extended to non-citizens. The reform changes state constitutions to say only citizens can vote. The group, founded in 2018, won major victories last week in Alabama, Florida and Colorado. (North Dakota passed its model reform in 2018.)

Citizen Voter, Inc. portrays non-citizen voting as a “loophole” in the law. “How is this possible?” one of its spokesperson asks.

Non-citizen voting was once commonplace in the United States (when immigrants were whiter). Between 1776 and 1926, non-citizens were—at different periods of time—allowed to vote in 40 states and territories. In 1875, the U.S. Supreme Court held that, “citizenship has not in all cases been made a condition precedent to the enjoyment of the right of suffrage.”

However, as Jim Crow laws began to be passed, so too did a wave of xenophobic laws to rollback non-citizen suffrage. (At this time incoming migration was shifting away from Western countries.)

Now, the contradictions are coming to a head. On the one had, the Declaration of Independence promises that democracies gain their legitimacy from the “consent of the governed.” On the other, millions of people are disenfranchised from voting by immigration laws.

In the United States, the issue is entering the zeitgeist. Groups like the Poor People’s Campaign: A National Call for Moral Revival have slowly begun to frame immigration policy as a voting rights issue.

In recent years, laws to recognize non-citizens’ political rights have passed in a dozen Maryland municipalities, a few places in Massachusetts, Maine, and San Francisco, where non-citizen parents are now allowed to vote in School Board elections.

All of this frightens Trump-admirers like Citizen Voter, Inc.’s John Loudon. “There is controversy about the extent to which non-citizens are already voting illegally,” he has said. On social media, Loudon says voter fraud was “rampant” in last week’s election, he calls Trump a “gift,” and asks questions like: “What is more beautiful than a rock star in his prime becoming a Christian and authoring a gorgeous love song to coax his beloved wife to salvation?”

He also says he “Live[s] in vacay places,” like “SoFlo,” where he now resides.

Loudon is not alone. U.S. Representative Jeff Duncan (South Carolina), for example, has railed against non-citizen voting in National Review. Non-citizen voting, he complained, “would preclude countries from providing different rights to different people based on immigration status.” In 2018, Duncan introduced a bill in the U.S. House of Representatives that proposed freezing all federal funding to states and local governments that allow non-citizens to vote.

To get its agenda passed last week in Florida, Citizen Voters Inc. spent a whopping $8.3 million. Ballotpedia, a leading ballot and elections index, did not identify any formal opposition.

In Alabama, the group had an even easier time. There, the legislature voluntarily placed the reform on the ballot. (Not one legislator voted against putting the question on the ballot, though some Democrats did abstain from voting.)

All of this is being advanced by rubby red conservatives. In Alabama, the reform was championed by the head of the Alabama Senate, Senator Del Marsh (R), who in 2012 took it upon himself to sugar coat a xenophobic Alabama law, and said he supported a “show me your papers” provision, so long as it only applied to drivers, and not car passengers.

Why The Lack of Opposition?

Western “democracies” allege to believe that all people who are subject to the laws of a society possess inherent political rights to change those laws. However, in modern politics, this basic democratic ethic rarely gets extended to non-citizens.

When it comes to non-citizens or refugees, our “democracies” quickly put their heads down and act like they don’t see political disenfranchisement. They pretend non-citizens don’t get taxed without representation. They act like the consent to be governed is not necessary. It’s just assumed that people who are not citizens shouldn’t be allowed to vote—even though they breathe the same air, drink the same water, attend the same schools, fight the same wars, populate the same prisons, spread the same viruses, and obey the same laws.

The issue of political representation and resources for non-citizens preoccupies the rightwing. It keeps them up at night. It’s why they excluded undocumented people and their families from the CARES Act, it’s why they tried to add a citizenship question to the U.S. Census, it’s why they want a wall.

A line of thinking that defends a basic human right to political participation absolutely terrifies them—as well it should.

Despite almost no resources for the opposition campaigns, 3.7 million people in Alabama, Florida, and Colorado voted not to exclude non-citizens from voting.