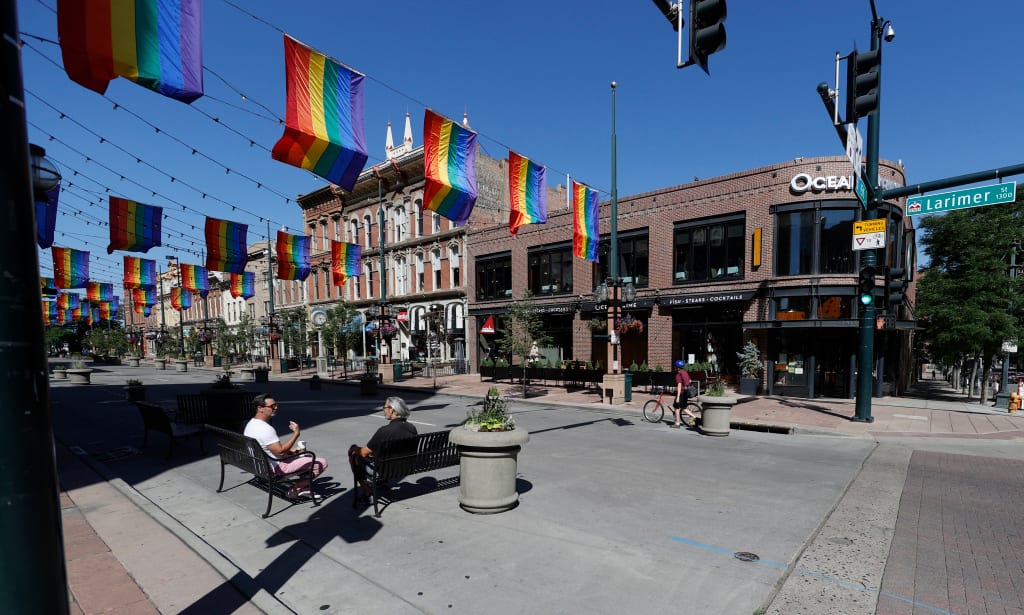 So far, the number of new cases and hospitalizations suggest Colorado is still on a favorable trajectory, state epidemiologist Dr. Rachel Herlihy said. Some surveys suggest Colorado residents are more willing to wear masks than people in states that have seen a second wave, and those individual choices will dictate what direction the curve takes, she said.

The Colorado Hospital Association said 156 people were hospitalized as of Friday afternoon, capping a week of relatively level numbers. The Colorado Department of Public Health and Environment reported 292 new cases Friday – the highest number in two weeks, but still well below the peak in late April. Three deaths have been recorded so far this week, though it’s not uncommon for the toll to rise weeks later as information makes its way to the state.

Large gatherings still “present significant risks” of transmission of COVID-19, as was seen in Boulder where more than 100 residents became sick after recent parties, protests and travel, said Glen Mays, a professor of health policy at the Colorado School of Public Health. The city of Boulder announced Friday it could penalize houses where people repeatedly flout the rules, with the possibility of forbidding them to operate as rentals if all else fails.

The San Luis Valley Emergency Operations Center also reported concerns about what it considers an ongoing surge that started in late May. Cases appeared to decline in early June, but that most likely reflects changes in data gathering, the center’s website said.

The governor’s plan for local communities to have testing and contact tracing in place before opening up to larger events will help health officials quickly detect a spike in cases, Mays said. State and local health departments are still working, however, to increase their capacity to do both, he said.

“There’s certainly reasons to be concerned, particularly with large gatherings,” he said of the recent uptick in cases. “It’s a potential early warning signal that we’re seeing increased transmission in Boulder for example.”

The state seems to be preparing for the worst-case scenario, though officials have said they’re comfortable with the current number of cases. Polis issued an executive order Friday that would allow temporary hospital facilities to operate through July 18. The facilities were set up in case hospitals became overwhelmed with COVID-19 patients and needed to send those who were less ill somewhere to recuperate. They’ve never been used, since Colorado has been spared the monster wave of cases that hit New York and several European countries.

A day earlier, the Colorado Department of Public Health and Environment released “crisis standards” for palliative care, which recommend how hospitals and hospice providers can try to meet patients’ needs for pain relief and comfort care if they become overwhelmed due to the pandemic. The standards would only be used if there’s a massive increase in patients, though. The state previously released guidelines for other types of hospital care, but never gave permission to follow them because the situation wasn’t severe enough to warrant waiving normal rules about appropriate care.

On Friday, CDPHE released updates to the Safer at Home guidelines, allowing more businesses to open with capacity limits. Non-critical manufacturers can reopen and universities can hold in-person classes, as long as assembly lines and classrooms are at no more than half of their capacity. Overnight summer camps will be able to run, so long as no more than 10 kids are together indoors, and salons can begin offering services where the client doesn’t wear a mask, like facials, if the employee performing the service has extra protection.

The Colorado Tourism Office also announced Friday that it’s encouraging out-of-state travelers to take precautions as they visit the state – a change from May, when they launched a campaign asking tourists not to come.

On a press call Friday afternoon, Herlihy hedged when asked if it was safe for out-of-state travelers to come to Colorado and pointed to guidance from CDPHE on relatively low or high risk activities. Generally, risk is higher for indoor activities, and rises as more people spend longer periods of time close together, she said. But everyone has to consider how much the virus is spreading locally, their risk of becoming severely ill and how important an activity is to them when making an individual choice.

“It’s important for Coloradans to figure out where on this spectrum you feel comfortable,” she said.

Cathy Ritter, director of the Colorado Tourism Office, said the state is launching a campaign to encourage travelers to check for virus-related restrictions before they hit the road and to continue following guidelines like wearing masks, standing six feet apart and washing their hands frequently. Welcome centers will open July 1 with brochures about the guidelines, and in some cases, free bandanas for overnight visitors to use as masks, she said.

“We can intercept them at our border with this message about responsible travel,” she said. “We think education is the best way to encourage that.”

As Colorado relaxes restrictions, such as those that previously kept bars and hair salons closed, it is inevitable the state will see the number of novel coronavirus infections increase, said Dr. Eric Toner, senior scholar for Johns Hopkins Center for Health Security.

The concern, Toner said, is when there’s a dramatic increase in cases, such as in Arizona. Without a vaccine or cure, success is identified when a community is able to manage the disease through testing and contact tracing without having patients overwhelm hospitals.

“We can’t make the virus go away,” he said. ‘We have to live with it. That means we keep it down to a low roar. We’re able to have a number of cases down to a level we can live with and have a working economy and not have things get out of control.”