The last time Colorado Democrats swept everything in an election was 1936. The parallels are striking. 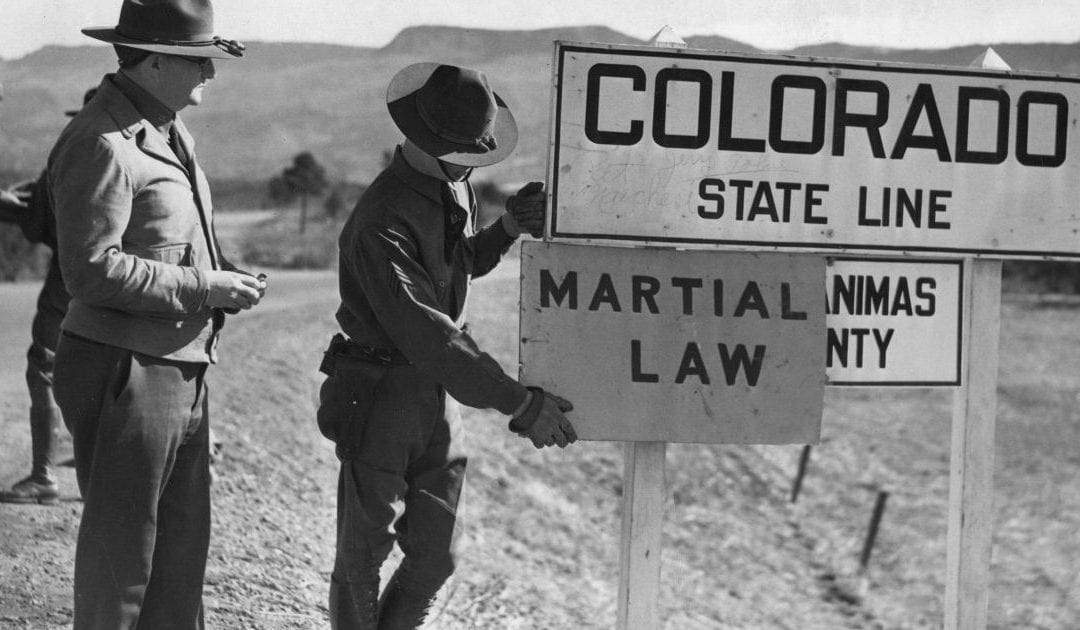 A struggling economy. A looming debate over packing the U.S. Supreme Court. An anti-immigrant effort to block the southern border. A Democratic landslide.

This is politics in 2020 in Colorado, but it was also politics in 1936, a symmetry that goes to prove the aphorism commonly (and probably mistakenly) attributed to Mark Twain that history may not repeat but it does rhyme.

For the first time in 84 years in Colorado and for only the fourth time in state history, Democrats have won … everything. The governor’s mansion. The secretary of state’s, treasurer’s and attorney general’s offices. Both chambers of the state legislature. The balance of power in the state’s U.S House of Representatives delegation. Both seats in the U.S. Senate. And the state’s electoral votes for president.

What makes the feat so extraordinary is that Colorado has lived almost the entirety of its 144 years of statehood in some state of bipartisanship. Republicans have also had this kind of clean sweep four times — during each of the first three presidential election years of Colorado’s statehood and then again in 1920. But every other presidential election year in Colorado history has produced some kind of split control, including a heavy flirtation in the 1890s with the Populist party.

To Metropolitan State University of Denver history professor Stephen Leonard, the parallels with 1936 are striking — if arranged a bit differently.

The main issue in the campaigns that year was the economy, which was still laboring to recover from the historic shock of the Great Depression, he said. As with today, the economic debate focused on how much muscle government should use to stimulate the economy, with Democrats wanting more spending and Republicans wanting more frugality.

President Franklin Roosevelt, champion of aggressive government investment to stimulate the economy, headlined the Democrats’ ticket nationally. He won reelection in one of the greatest routs in U.S. history, losing only two states.

“So the issue really was getting the economy repaired, and Franklin Roosevelt offered the best hope for that for most people,” Leonard said.

Roosevelt’s tailwinds carried along a lot of Democrats down the ballot in Colorado, Leonard said. But Colorado Democrats had their own popular name near the top of the ticket in U.S. Senate candidate Edwin “Big Ed” Johnson — the state’s governor at the time and the guy for whom the eastbound bore of the Eisenhower-Johnson Tunnel is named. Johnson, who opposed Roosevelt’s New Deal policies despite being a member of the same party, won the Senate race by more than 100,000 votes — taking more than 60% of the vote.

The Democratic wave also splashed Teller Ammons, the son of a former governor, into the governor’s mansion for a single term — making him Colorado’s first governor who was actually born in the state.

In addition to the historic economic echoes, Leonard said a couple other issues from 1936 resonate today. Soon after reelection, Roosevelt launched into an ultimately unsuccessful fight to pack the Supreme Court, believing the court had thwarted progressive policies. And then there was Johnson’s attempt, earlier in 1936, to close Colorado’s border with New Mexico.

In an ostensible effort to preserve Colorado jobs for Colorado residents, Johnson declared martial law and ordered a blockade — which came to be known as the “bums blockade” — to protect the state from an “invasion” of “alien and indigent persons.”

“It was pretty obviously aimed at people of Hispanic background,” Leonard said. “He blockaded the border between Colorado and New Mexico but didn’t care about people coming in from Wyoming.”

The blockade lasted 10 days and prompted outcry from across the nation, Leonard said. In the end, Leonard said, Johnson likely knew he had gone too far and had offended important constituencies even in Colorado — like farmers, who relied on migrant labor.

“It actually was sort of egg on his face,” Leonard said.

But it clearly was not nearly damaging enough to keep Johnson from his landslide victory to the U.S. Senate, where he served for 18 years. Leonard said he’s not sure how much the issue even came up during the campaign.