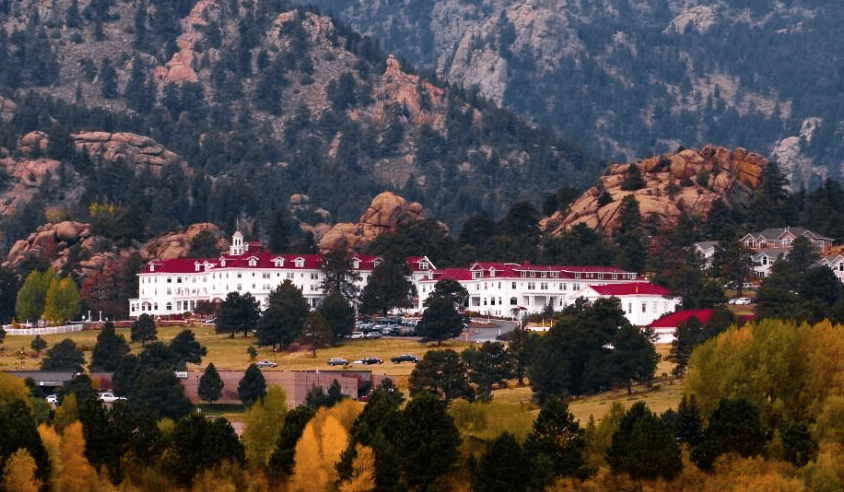 While many think the scariest thing in Colorado is facing I-70 traffic after a long day in the mountains, the state is home to a number of spots that many might deem much spookier.

Here’s a list of seven reportedly haunted locations that come with chilling backstories.

The story of the Peabody-Whitehead Mansion, dubbed ‘Denver’s Most Haunted Mansion,’ starts in 1889, with the home’s first occupant, Dr. William Riddick Whitehead.

Whitehead was a surgeon in the Crimean War and in the American Civil War. Following his stint on the battlefield, he reportedly claimed to be able to see the ghosts of patients he wasn’t able to save.

Just after the turn of the century, Whitehead got sick and died inside the Peabody-Whitehead Mansion.

Around a year later, the mansion’s new tenant, Colorado Governor James Peabody, was in the midst of a political frenzy that resulted in two assassination attempts on the governor’s life.

The mansion was later converted to a restaurant and bar in the 1950’s, which is when people started making reports of unusual occurrences.

Witnesses reported glasses breaking, silverware flying through the air, and books being thrown across the room by unseen spirits. Even reports of the furniture being pushed across the floor of the house have been made.  People have also seen what they call ‘shadow people,’ as well as ghosts in and around the mansion.

It is now believed that at least 12 spirits regularly haunt the house.

The three tunnels at Gold Camp Road near Colorado Springs were built in the 1800’s, with it being believed that several builders died during their construction.

There is also a deeply rooted rumor that the third tunnel collapsed on a bus full of children, killing them all. It’s said that in the first two tunnels, you can still hear children’s laughter, while in the third tunnel you might hear their screams.

People have also reported small handprints on the outside of their cars after driving through the tunnels.

That being said, there is no evidence that such an accident ever occurred – but the rumors about it still circulate today.

Cheesman Park is located in a residential area in central Denver. The 80-acre park stays busy with many visitors every day, most of whom likely have no idea that they may be standing one (or several) of an estimated 2,000 human bodies.

In the late 1800s, before the land was converted into a park, it was the Denver City Cemetery, according to records at the Denver Public Library.

By 1893, the city began the process of moving graves to a new site with the undertaker, E.P. McGovern, eventually being accused of dismembering corpses so they could be placed in child-sized coffins for a higher profit. He was later dismissed before the job could be completed, records show.

Some bodies were never removed, said Jill McGranahan on behalf of Denver Parks and Recreation in a 2010 interview with CNN.

Along with the occasional ghost sighting, people have found human remains in the years since the land became a park.

For more information on Cheesman Park check out an in-depth OutThere Colorado report on the topic here.

You might know that a stay at the Stanley hotel in Estes Park, Colorado inspired horror author Stephen King to write “The Shinning,” but the true history behind one of the world’s most haunted locations is not as scary as you might think.

In 1909, Freelan Oscar Stanley and his wife Flora opened the Stanley Hotel with reports suggesting that they loved the hotel so much, that they never left – even after death. The pair have reportedly been seen playing the piano or strolling through the halls.

These two aren’t the only souls that just couldn’t say goodbye, either. Rumor has it that chief housekeeper Elizabeth Wilson still unpacks for guests, many years after her death.

It seems that the many spirits that occupy the Stanley are not there to haunt, but because they loved the hotel during their lives.

And could you blame them? It’s pretty amazing. See a virtual tour of the spot here.

Christian Murdock Visitors walk through the courtyard into the lobby of the Hotel Colorado in Glenwood Springs. The historic hotel opened in 1893.

Hotel Colorado, in Glenwood Springs, was first opened in 1893, believed to have been built on ‘cursed land,’ according to the hotel’s website.

Before it was a hotel, the building was a naval hospital during World War II.

Since then, there have been reports of paranormal sightings, including that of departed naval nurse, Bobbie. Bobbie was allegedly killed by a Naval officer and has been haunting the halls ever since. Guests become aware of her presence by the smell of her gardenia perfume or by her blood-curdling screams.

The Melting Pot restaurant in Littleton, Colorado very well may be the most unlikely haunted location on this list. The franchise is known for its delicious fondue, but the Littleton location has a much more sinister history.

The building that the Melting Pot now occupies was once the Carnegie Library and is sitting on land where dozens of people died in the Platte River flood of 1965. The day of the flood, police were only able to give the people of Littleton a few hours evacuate before the waters devastated the area.

The building later became the Littleton Police Department and Jail until 1977, during which time a failed escape claimed the lives of an inmate and an officer.

Since becoming a restaurant, employees and guests have had paranormal experiences inside the building. Specifically, toilets and urinals are known for flushing on their own, sinks have turned on randomly, unexplained footsteps have been heard, and sudden drops in temperature have been experienced.

An old cemetery in Lafayette, Colorado is the final resting place of a man who many locals believe was a real vampire. The hand-carved headstone reads: Fodor Glava from Transylvania.

Lafayette lore even suggests the the tree growing near the stone sprouted from the stake shoved into the vampire’s heart.

Children have also reported seeing a tall dark figure lingering around the stone.