The Colorado Sun is growing, with more openings in our newsroom coming soon 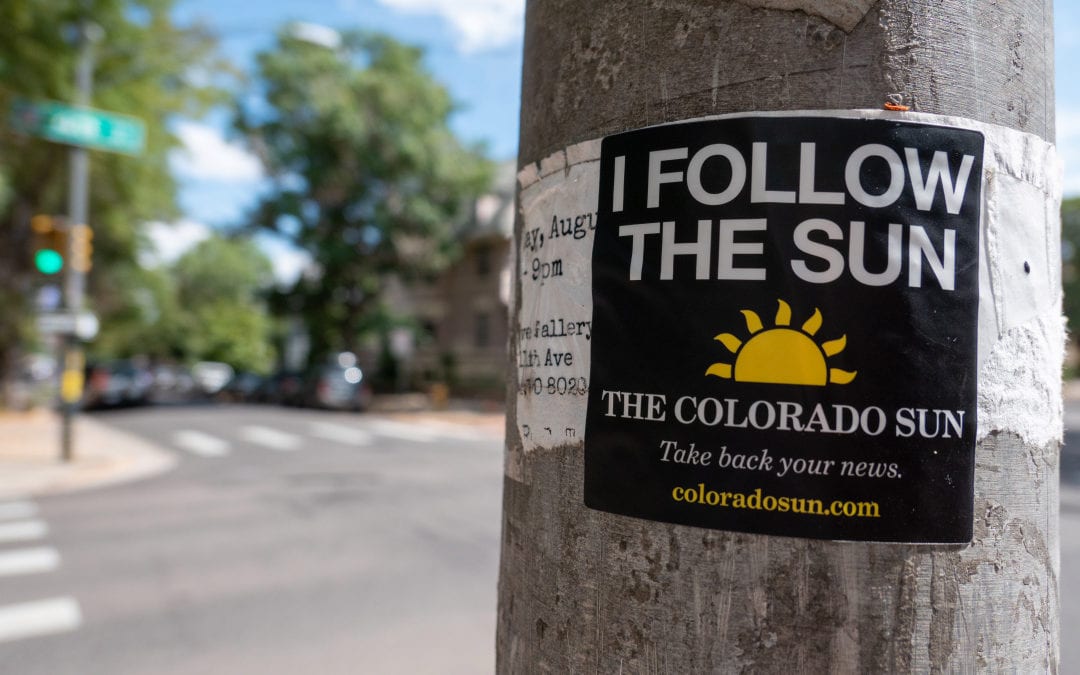 Thanks to the support of thousands of Coloradans, The Colorado Sun is expanding. That means more in-depth, nonpartisan journalism at a time when we all need it the most.

Michael Booth, whose stories you’ve seen in The Sun as a contributor, will join us as a full-time health and environment reporter next week.

Michael has spent much of his career reporting on health care and health policy, from medical breakthroughs to government, corporate and nonprofit policies that affect millions of people. He wrote for The Denver Post for nearly 25 years, where he was part of two Pulitzer Prize-winning teams. With Jennifer Brown, he co-wrote the Colorado Book Award-winning “Eating Dangerously: Why the Government Can’t Keep Your Food Safe, and How You Can.” Michael left the Post to become editor for The Colorado Health Foundation, and has written for the Colorado Trust and State Legislatures magazine and private communications firms. He also served as a board member of the Colorado Consumer Health Initiative.

Michael lives in Denver and spends as much time as possible hiking, skiing, seeing movies, and serving an ongoing unpaid internship as quartermaster and driver to four children. You can get in touch with Michael at booth@coloradosun.com and follow him on Twitter.

Thy Vo will be joining Jesse Paul to cover politics and government at the state Legislature. Thy began contributing to The Sun in December, writing The Sunriser, our daily morning newsletter, and managing social media and web content.

Thy got her start in journalism covering the community where she grew up in Orange County, California, for a nonprofit newsroom, Voice of OC. In addition to writing about local government and politics, she also reported on the region’s vibrant immigrant communities and issues like health care and transportation. She went on to cover county government for The Mercury News in San Jose and most recently worked for ProPublica’s Electionland project tracking voting problems.

Thy is currently living in Lafayette and likes to draw, hike, garden and bake in large quantities. She is the proud daughter of Vietnamese refugees, and is accepting recommendations for Asian grocery stores and Buddhist temples. You can contact Thy at thy@coloradosun.com and follow her on Twitter.

The Sun will also be adding a number of new positions to our team. We are currently hiring a full-time social and presentation editor and a staff photographer, a two-year-position funded through Report for America. Applications for the photographer position are due Jan. 31.

We also soon will be posting job openings for a news editor, a breaking news reporter, a politics reporter and a reporter focusing on the economic recovery of the state with special attention to rural issues.

Keep an eye on our jobs page and social media for new job opportunities.

This expansion is made possible by the thousands of Coloradans who support our Public Benefit Corporation as members of The Sun community. Memberships start at just $5 a month. Learn more at ColoradoSun.com/membership.

The Sun is still owned and operated by its founding journalists and now has 15 staff members dedicated to producing the high-quality news that keeps Coloradans informed about the issues and events that matter in our state.