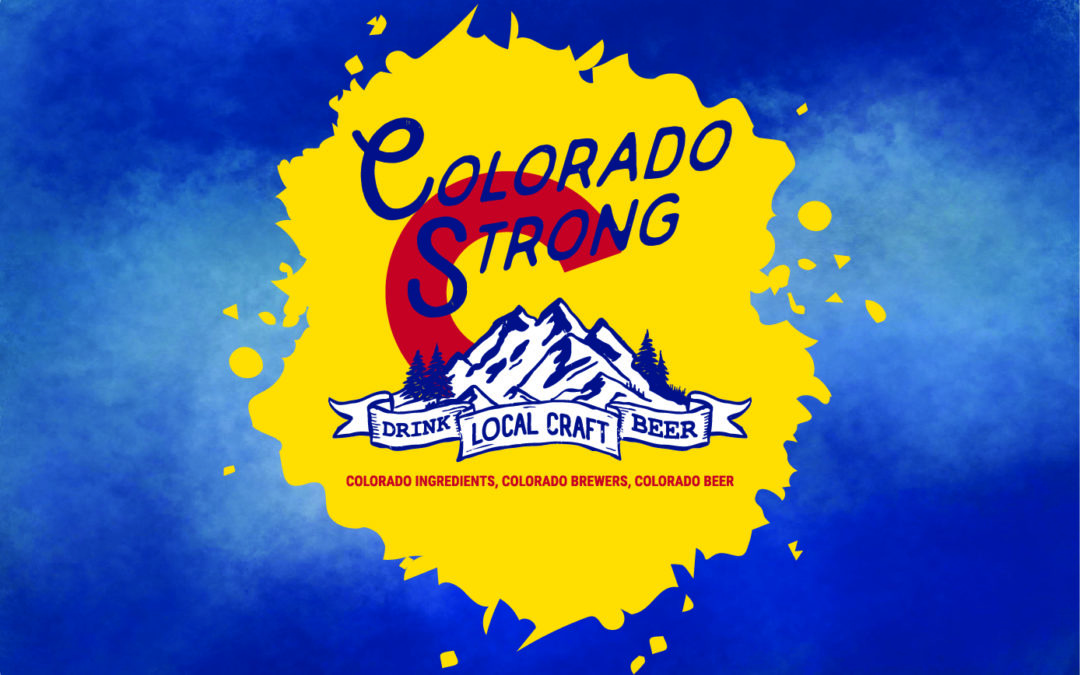 DENVER – The Colorado Brewers Guild (CBG) and the Left Hand Brewing Foundation (LHBF) are thrilled to announce the return of Colorado Strong, a joint initiative created in 2020 to raise funds to support the Colorado craft brewing industry in the wake of COVID-19. The center of the initiative is a benefit beer made entirely with Colorado ingredients and brewed by participating Colorado breweries across the state.

This year’s Colorado Strong recipe, an IPA, was created by Dave Bergen of Joyride Brewing Company in Edgewater and Jason Ford ofBroken Compass Brewing Company in Breckenridge. Colorado Strong can be brewed either as a West Coast or Hazy IPA, depending on the brewer’s preference. The malt consists of Genie Pale and Vienna from Root Shoot Malting for light bready, graham cracker, and honey flavors. Hops consist of Colorado-grown Cascade, Chinook, and Cashmere from Colorado Hop Company for orange, pine, grapefruit, lemon-lime, and melon flavors.

Twenty percent of the proceeds from the benefit beer will be given to the Colorado chapter of the National Alliance on Mental Illness (NAMI) and the Colorado Brewers Guild to support memberships fees and other programming beneficial to our industry. In addition, the Colorado Strong Fund will pay for all ingredients to participating breweries free of charge, while paying each of the suppliers for their products.

“The Colorado Strong Fund was born out of need due to COVID-19, but what we realized is when the State of Craft Beer and suppliers team up we can make an even greater impact,” says CBG Executive Director Shawnee Adelson. “Because Colorado is strong, the Colorado Strong Fund will be an ongoing effort. We are so pleased to be supporting NAMI this year as mental health has been an increased focus for the craft brewing industry and all industries through this pandemic.”

Moving forward each year, the Colorado Strong beer recipe and nonprofit will rotate, but the premise remains the same: participating breweries will brew the Colorado Strong recipe to benefit a nonprofit that supports the brewing industry. The recipe may be adapted so that breweries can create a beer that matches their brand and style.

“By visiting participating breweries that are pouring Colorado Strong, community members are not only supporting the breweries themselves, but also the local vendors who supplied the beer ingredients as well as an important non-profit near and dear to the brewing industry’s heart. It’s truly a win-win for our community,” says Megan Mahar, Development Manager for the Left Hand Brewing Foundation.

Beer lovers can find Colorado Strong at participating brewery locations starting in November and that list will be announced later this fall.

About the Colorado Brewers Guild

The Colorado Brewers Guild (CBG) is a nonprofit trade association with the mission to promote, protect, and propel independent craft breweries in the State of Craft Beer through advocacy, community, education, and public awareness. The majority of the state’s 400+ licensed craft breweries are members.

About the Left Hand Brewing Foundation