The biggest fish ever caught in Colorado, and other records to know ahead of trophy season 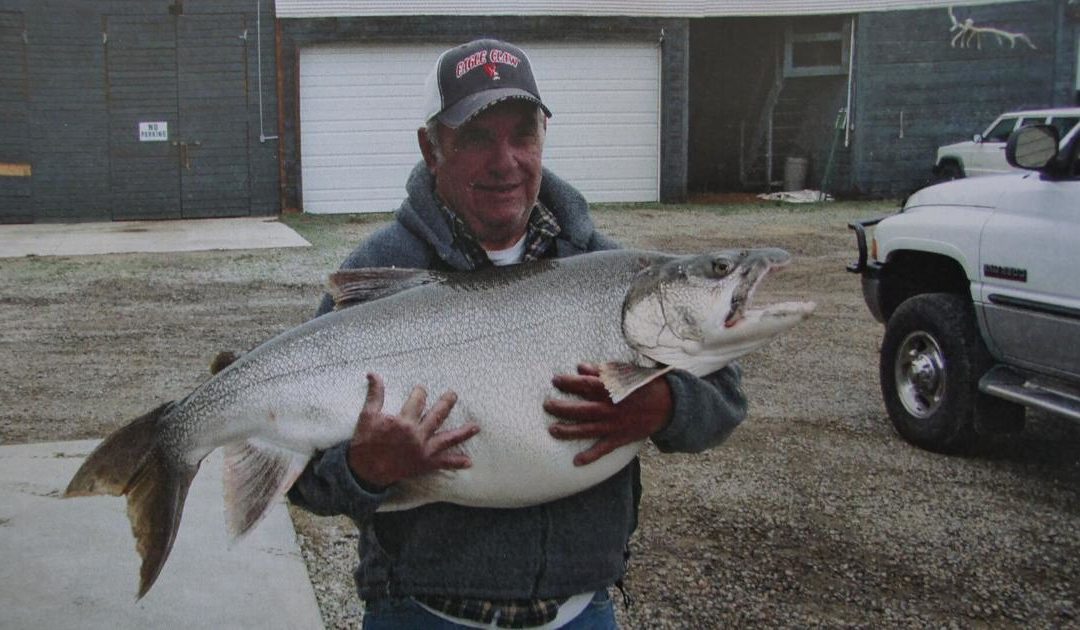 In 2019, Colorado sports men and women took to the state’s lakes and streams vying for extra bragging rights.

That year, Colorado Parks and Wildlife introduced an online tracking system for its Master Angler program, outlining trophy lengths for 46 fish types found across the mountains and plains. The game changed with the system upgrades.

Not only could anglers get certificates with every qualifying catch, but now they could see their names added to the roster maintained by the state agency. Pull a 10-inch bluegill, or 18-inch largemouth bass, or 24-inch rainbow trout, or 28-inch saugeye, or 36-inch northern pike, to name but a few benchmarks, and be rewarded with your proof of catch.

The second year of the online Master Angler program coincided with a pandemic that saw an uptick in fishing, as gleaned from a reported 16% year-to-year increase in state licenses sold.

Parks and Wildlife catalogued 483 Master Angler-worthy catches in 2019. In 2020, 725 hits were noted, including a record 46-inch common carp from the Gunnison River.

Near the end of May, the state database showed a trio of 42-inch tiger muskies pulled. Impressive lake trout have been recorded, several outsizing their 32-inch “master” mark. Many others appear to be biting above their qualifying sizes, from smallmouth bass longer than 17 inches, to cutbows extending past 22 inches, to channel catfish lurking more than 30 inches.

As you embark for your next lunker, here’s some inspiration from Colorado record books:

• The state’s heaviest fish ever reeled in and recorded is a 57-pound grass carp. The monster emerged in 2013 from Cottonwood Park Lake in Lakewood. It was 47 inches long.

• Weighing in second is the 50-pound lake trout battled in 2007 at Blue Mesa Reservoir in western Colorado.

Brian Husmann, right, caught the state’s heaviest fish ever reeled in and recorded, a 57-pound grass carp. The monster emerged in 2013 from Cottonwood Park Lake in Lakewood. It was 47 inches long. Photo courtesy Colorado Parks and Wildlife

• The state’s longest fish on the Master Angler books is a 58-inch tiger muskie, caught in 1997 at Quincy Reservoir in Aurora. That’s about the height of the average 10-year-old human.

• Second in length: a 48-inch northern pike from Navajo Lake in the state’s southwest corner.

• The state’s biggest bass was celebrated in 2017: a striper weighing 29 pounds and measuring 39 inches, found at John Martin Reservoir on the southeast plains.

The state’s biggest bass was celebrated in 2017: a striper weighing 29 pounds and measuring 39 inches, caught by Harvey Shade at John Martin Reservoir on the southeast plains. Photo courtesy Colorado Parks and Wildlife

• It appears one Christopher Claeys was awarded the most Master Angler certificates last year. His name is listed 17 times in the database, with catches including a 30-inch channel catfish, 25-inch cutbow, 22-inch brown trout and 21-inch largemouth bass from waters in the central and northern parts of the state

• The state record rainbow trout — the main species stocked in Colorado — remains the 19-pound, 34-inch one from 2003. It came from Morrow Point Reservoir in the Black Canyon of the Gunnison.

• Lee Cox drew that rainbow trout. On the state’s prize list for weight, his is the only name that shows twice. He snagged a 7-pound, 5-ounce kokanee salmon from the Blue Mesa Reservoir in 2002.

• By weight, Pueblo and Aurora reservoirs each have three top catches, the most of any single fishery in the state. From Pueblo Reservoir, anglers caught a 30-pound flathead catfish, 29-pound blue catfish and 26-pound wiper bass. At Aurora Reservoir, a 43-pound channel catfish, 6-pound smallmouth bass and 5-pound white sucker were claimed.

• Colorado’s oldest fishing record is from 1947: a brook trout weighing 7 pounds and 10 ounces, pulled from the high-alpine Upper Cataract Lake in Summit County.