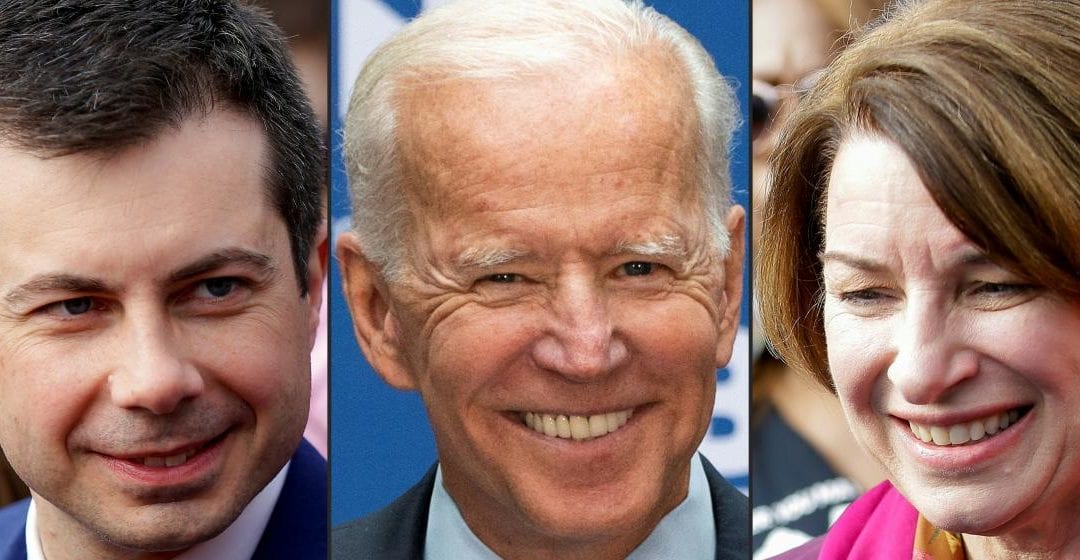 For decades, the cliché about American political parties has gone that “Republicans fall in line, while Democrats fall in love.” But for a significant portion of today’s Democratic electorate, that is not the case. Joe Biden’s campaign came back from the brink of death on Super Tuesday, on the winds of a sudden burst of coordinated support from the Democratic establishment. At time of writing he was projected to have won Virginia, North Carolina, Massachusetts, Alabama, Oklahoma, Minnesota, Arkansas, Texas, and Tennessee, and was running close in Maine.

In the South Carolina primary last weekend, exit polls showed that Biden won a smashing victory primarily thanks to one person: House Majority Whip Jim Clyburn, the most powerful Democrat in the state, who endorsed Biden just days before the primary. After that win, both Pete Buttigieg and Amy Klobuchar dropped out and endorsed Biden, as did his former opponent Beto O’Rourke and several other Democratic officials.

But this flash coronation wasn’t because Biden convinced his competitors that he had the best policies or the best temperament to take on Donald Trump. There is one reason and one reason alone the establishment has rallied around Biden: He is not Bernie Sanders.

The argument coming from the establishment is all about electability and uniting the party. “We need somebody who can beat Donald Trump,” said O’Rourke in his speech endorsing Biden. “If we spend the next four months dividing our party, we will spend the next four years watching Donald Trump tear apart this country,” said Klobuchar in her speech. Democratic voters who are understandably terrified of a Trump second term apparently listened.

In reality, propping up Biden was a desperate reaction to the momentum Sanders had after winning the popular vote in each of the first three primary states. It is guaranteed to drag out the primary as long as possible, and creates a distinct risk of a brokered convention that will create a lot of bitterness and make beating Trump more difficult. Before the establishment rallied around Biden, his campaign was on the verge of collapse. He had been crushed in the first three states, he had little money or campaign organization, and was polling far behind Sanders in most of the Super Tuesday states.

Now it is basically an even race. While Sanders lost in the South Tuesday, he also won Utah, Colorado, Vermont, and probably California (it will take days for the votes to be counted there). With approximately two thirds of delegates yet to be awarded, it will likely be a grueling race that will go on until the convention.

Electability is the only argument that has even a fig leaf of plausibility, so it’s what the establishment goes with. But it’s not remotely the case that Biden is a sure thing while Sanders is a terrible gamble. Sanders, it’s true, would be the most left-wing president in history, and openly identifies as a socialist — something a majority of Americans say they dislike. But it’s also true that Sanders has been tarred as a socialist for years now and still consistently polls well ahead of Trump, and about as well as Biden. He also has an army of dedicated activists, and by far the strongest fundraising machine in the party (outside of oligarchs like Mike Bloomberg who can casually spend a half-billion dollars of their own money).

Biden also has particular risks that are not easily quantifiable but still obvious. He has run a horrible, lazy campaign — indeed, even Clyburn said as much while endorsing him. He had basically no ground game in any of the Super Tuesday states. He has a long history of being creepy with women. And let’s be frank: Biden is clearly suffering some kind of cognitive decline. He performed horribly in almost all of the debates, frequently rambling off on bizarre tangents. He opened his speech Tuesday night by mixing up his wife and his sister. He also has a habit of making up fake stories — like that he was involved in civil rights protests, or that a general asked him to honor a brave soldier, or most recently, he was arrested in South Africa trying to visit Nelson Mandela. None of these things happened.

Biden’s appalling record is also utterly at odds with the modern Democratic Party’s branding. He voted for the Iraq War, and defended that vote for months afterwards. He was a key architect of the bankruptcy bill that made it impossible to get rid of student loan debt, and various crime and war on drugs bills that threw millions of Americans in prison. He tried repeatedly to cut Social Security and Medicare, and voted for multiple rounds of financial deregulation. (That is just scratching the surface.)

Conversely, going with a corrupt moderate like Biden risks deflating the activist energy that has built up around Sanders and Elizabeth Warren. The younger voters that Sanders is winning by huge margins in most states may figure the fix is in and decide not to vote in November.

In short, Joe Biden could very easily lose to Trump. Unlike Obama, he is not some once-in-a-generation political talent. He is a fading, washed-up operator with decades of baggage who has lost a step or three. Nominating him would be a terrific gamble — and given his record and staffing choices (one of his top policy advisers is the architect of the disastrous 1996 welfare reform), a gamble with very little upside.

For whatever reason, the Democratic establishment hates and fears the prospect of a Sanders nomination almost as much as they fear a Trump reelection, if not more. Perhaps it is because he would screw up a lot of carefully-planned careers, or break up the comfortable revolving door that keeps a lot of Democratic elites in hot tubs. Perhaps it is because he would indicate that decades of sellout compromises were not as necessary as they seemed. Perhaps they just don’t like him.

But Democratic voters, know this: The establishment is leveraging your fear of Trump to get you to support a weak, unsteady candidate. If Bernie Sanders calls to your heart, I recommend listening.

Want more essential commentary and analysis like this delivered straight to your inbox? Sign up for The Week’s “Today’s best articles” newsletter here.