Thanks in part to federal relief funds, most Colorado hospitals were profitable in 2020 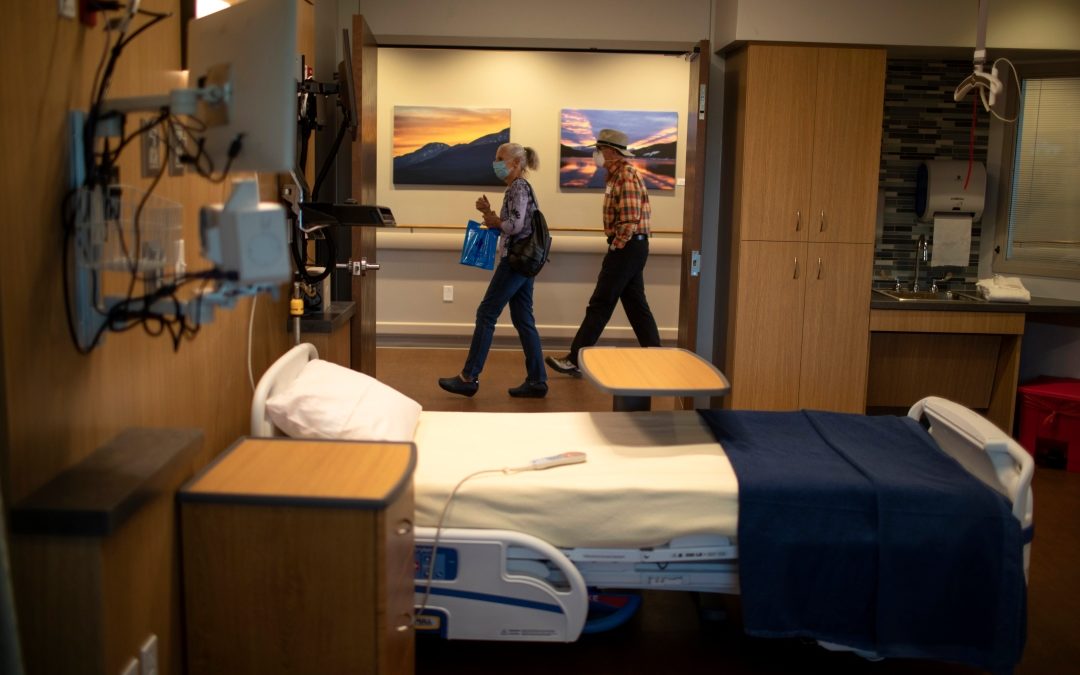 A new report from a national expert on hospital finances shows that Colorado hospitals weathered the early months of the coronavirus pandemic profitably, despite seeing a steep decline in revenue related to patient care.

Hospitals in the Denver metro area posted combined profits of nearly $1.4 billion in 2020, according to the report from Allan Baumgarten, a Minnesota-based health care consultant who has been producing reports on the Colorado hospital market for more than 20 years. His reports are drawn from data the hospitals submit to the federal government and are considered among the most reliable for tracking hospital finances in the state.

Baumgarten also found that health insurance companies in Colorado recorded record profits in 2020. Health maintenance organizations, or HMOs, in the state logged profits of about $662 million in 2020, a roughly 6% margin. Baumgarten found that the unexpected expenses that insurers incurred related to caring for coronavirus patients were more than offset by the amount insurers had to pay for other types of care – such as nonemergency surgeries – that were delayed during the pandemic.

“Even in times of great distress, hospital systems and health insurers are doing quite well for themselves,” Baumgarten said.

The profits for Denver-area hospitals – roughly an 11% margin relative to net patient revenue – represent a considerable decline from 2018, when they posted a record $2.1 billion in profits. But Baumgarten found that the decline could have been much steeper.

Hospitals in the Denver metro area took in nearly $440 million less in revenue related to patient care in 2020 than in 2019 – likely the result of the pandemic shutting down lucrative elective procedures at hospitals during its earliest months, as well as people postponing care out of fear of being exposed to the coronavirus. Hospitals also saw roughly $627 million more in expenses during 2020.

The result – a more than $1 billion double-whammy – pushed operating income from patient care down to about $246 million, combined, for Denver metro hospitals, far below the $1.3 billion hospitals made off of patient care in 2019, according to Baumgarten’s report.

But hospitals saw an infusion from other sources of revenue – most notably federal stimulus dollars, but also investment income and charitable donations. Baumgarten found that Denver-area hospitals took in a combined $1.1 billion in non-patient revenue in 2020, the highest amount in at least three years. About $386 million of that came from federal provider relief funds, Baumgarten reported.

After adding in non-patient revenue, Baumgarten found that only four metro-area hospitals – Porter Adventist Hospital, Lutheran Medical Center, and the UCHealth hospitals in Highlands Ranch and Broomfield – failed to turn a profit in 2020.

All of Colorado’s major hospital systems in the Denver metro area were profitable in 2020, with privately owned HealthONE on top with profits of about $626 million before taxes, according to Baumgarten’s report. When adding in profits from hospitals outside the metro area, UCHealth pulled ahead, with about $630 million.

“Large hospital systems around the country, from what I’ve seen, continue to do very well,” he said.

For smaller hospitals outside the metro area, 2020 was a more challenging year. Of the 29 largest non-Denver-metro hospitals in Colorado, seven of them lost money in 2020. Combined, the hospitals reported about $620 million in profits in 2020, around a 9% margin when calculated as a percentage of net patient revenue.

Baumgarten produces his reports on Colorado hospital and health insurer finances every other year. The data in them is drawn largely from Medicare cost reports, which hospitals are required to file with the federal government.

This year’s report shows only an incomplete picture of the pandemic. Baumgarten said some hospitals ended their 2020 financial years in June of that year, while others went through December.

A spokeswoman for the Colorado Hospital Association said her organization had not yet seen Baumgarten’s report and could not comment. In the past, hospitals have noted that profits are necessary to upgrade old equipment, refurbish worn facilities and save for the future. While most of Colorado’s hospitals are nonprofit, privately owned hospitals also must pay taxes on their profits.