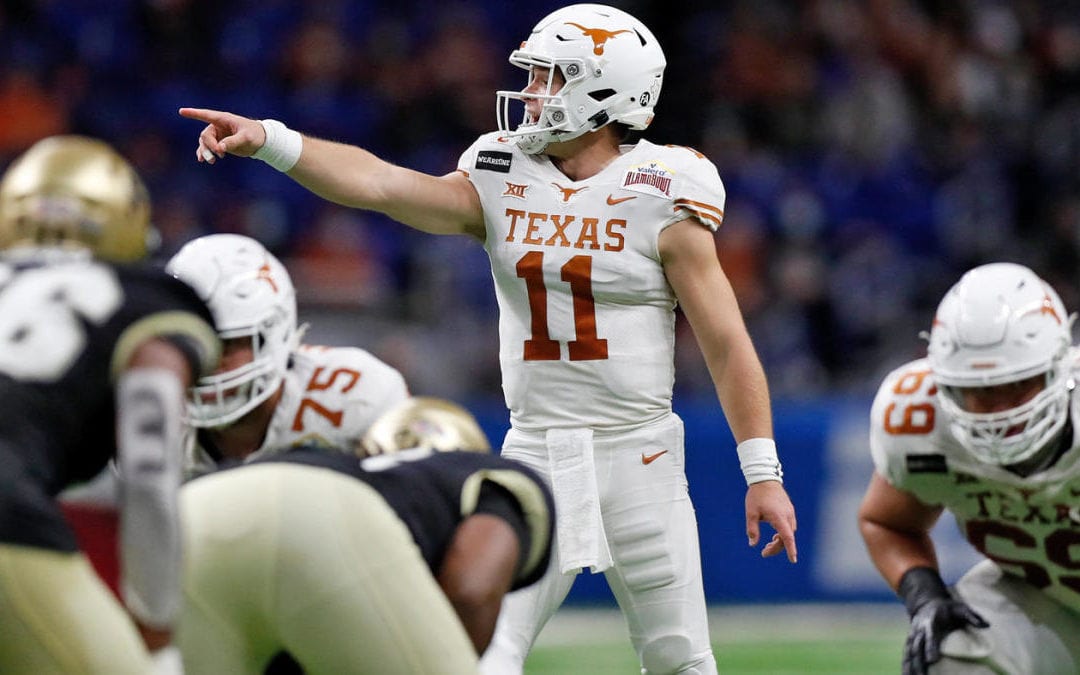 Texas quarterback Sam Ehlinger’s evening is over in the Alamo Bowl. Now the question is whether his collegiate career is over, too.

The senior did not suit up for the second half of Tuesday’s bowl game against Colorado with a shoulder injury, which he apparently suffered during the second quarter. Ehlinger was seen in street clothes and a sling after halftime. Though Ehlinger did take a couple of sacks, he had a solid first half with 160 yards passing and a touchdown.

Redshirt sophomore Casey Thompson started the second half in Ehlinger’s place and immediately impressed with a pair of touchdown passes to Joshua Moore.

Of course, the attention now turns to Ehlinger’s future. Because of the NCAA’s decision to grant fall sport athletes an extra year of eligibility due to COVID-19, it’s possible Ehlinger could return to Texas in 2021. While Ehlinger took part in pre-game senior day ceremonies before the Iowa State game in November, he’s never explicitly stated that he’s for sure moving on to the NFL after this season.

It would be surprising if Ehlinger came back for another year. He’s not considered a high draft pick, but even though this is a loaded quarterback class, it’s uncertain if he would truly enhance his stock with another year in college. At the same time, there is a hint of unfinished business. Texas fell short on expectations to win the Big 12 and there’s also the regular season loss to Oklahoma. He’s also the program’s second-leading career passer with 11,436 yards and 94 touchdowns. If he comes back for one more season, he would surely break the schools’ career passing and touchdown records set by Colt McCoy.

This would be a tough way for Ehlinger to go out. Not only is he the best quarterback the program has had since McCoy, but his story of being a lifelong Texas fan in the school’s backyard of Austin’s Westlake High School is well-documented.