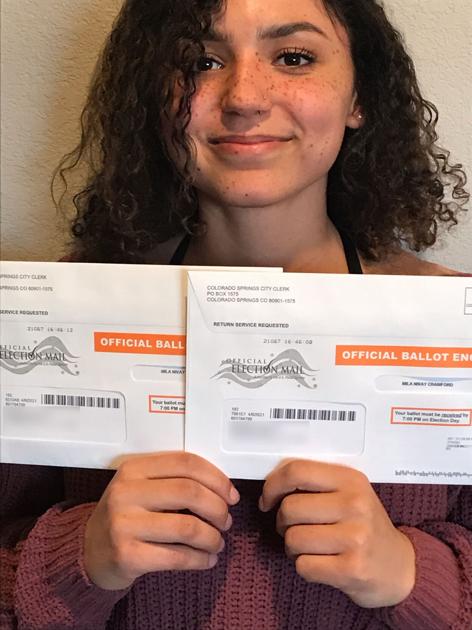 Some younger voters in Colorado Springs have received duplicate mail-in ballots ahead of the city’s regular election next month due to a technical glitch, city elections officials said this week.

The glitch occurred in the data transmission to the printing vendor, Colorado Springs City Clerk Sarah Johnson said, sending 2,500 duplicate ballots out of approximately 303,000 total to younger voters between the ages of 18 and 21 across all six of the city’s districts.

“It’s unfortunate that this happened. We wish it didn’t, but it did. We’re owning it, as they say,” Johnson said.

When officials found the error, they immediately flagged all 2,500 ballots — each of which contains a unique city identification number, or barcode — and only the first ballot returned will be counted. The glitch occurring on ballots going to younger voters was “mere coincidence,” she said.

Officials also alerted all candidates on the April ballot of the error, she added.

For some residents, the duplicate ballots raised concerns over the security of the city’s elections, similar to sentiment in the November 2020 General Election after former President Donald Trump and other Republicans claimed without evidence that mail-in balloting is fraudulent.

Local and state leaders in Colorado and other states have refuted these claims.

“After the fiasco that was our November election, something like this does not build trust,” said Paul Smith, whose 20-year-old granddaughter, who lives with him, received a duplicate ballot. He said he does not believe claims from the city clerk’s office that they are addressing the error.

“People less trustworthy than myself would think nothing about casting two ballots,” Smith said.

Jennifer Brown’s 19-year-old daughter also received a duplicate ballot, she said. While Brown believed it seemed like “a genuine clerk’s office error,” she had concern for public confidence in local mail-in voting.

“How can an error like this be managed in the public sphere of discourse or understanding to make sure we all have confidence in the accuracy of our county’s voting results?” she said.

Duplicate ballots occur in every election, although not under the same circumstances, said Wayne Williams, a Colorado Springs city councilman and Colorado’s former secretary of state.

Residents could receive duplicate ballots if they make changes to their information like updating their address or changing their legal name, he said. Residents can also request a new mail-in ballot if they’ve lost their original, and in some cases those who change their party affiliation could receive duplicate ballots during primary elections, he said.

The city also uses signature verification to prevent fraudulent voting and was voluntarily using that process before a state law passed in 2016 requiring signature verification in municipal elections, he said. Elections officials keep databases to mark who has already voted in each election to further prevent duplicate votes.

“The advantage of mail ballots is that you have time to address and correct” issues, Williams said.

Voters who receive a duplicate mail-in ballot should use one to vote and shred or properly destroy the other, Johnson said.

For more information about elections in Colorado Springs, contact the city clerk’s office Monday through Friday from 8 a.m. to 5 p.m. at (719) 385-5901, option 4. Residents can also email elections@coloradosprings.gov or visit the city election website at coloradosprings.gov/city-elections.