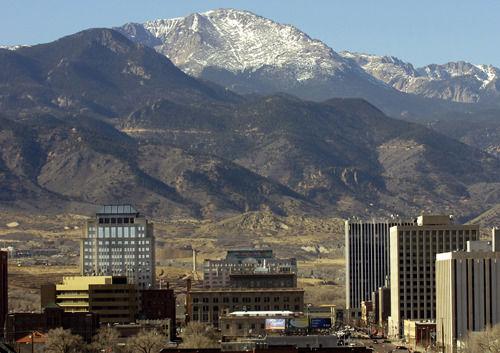 Colorado Springs, touted several times by national publications as being one of the most desirable places to live and having one of the hottest housing markets, has another No. 1 ranking to add to its trophy case.

LinkedIn, the online business and employment networking service, has rated Colorado Springs as the nation’s most confident metro area, based on a third-quarter survey of more than 33,000 LinkedIn workforce members who responded to questions about their jobs and careers.

The survey, released this week, included responses from LinkedIn members in the Springs and 61 other metro areas. It asked members to rate their confidence levels in obtaining and holding onto their jobs, their ability to improve their finances over the next six months and their chances to move ahead with their careers in the next year.

The Springs’ No. 1 ranking as the most confident city comes even as the COVID-19 pandemic continues to create uncertainty for some segments of the workforce.

Still, the Springs’ top rating didn’t surprise Mayor John Suthers. He pointed to several encouraging statistics that show the city is recovering from the pandemic’s effects on the economy, which in turn is helping to boost the confidence of area workers.

Citing numbers from local economist Tatiana Bailey, Suthers said the local unemployment rate has fallen to 5.9%, compared with 6.4% statewide and 6.5% in Denver. The Springs also has recovered 93.5% of the 32,400 jobs it lost in March and April at the onset of the pandemic, he said.

After Colorado Springs’ sales tax revenues plunged 14% in March and 22% in April, city officials were girding for a 30% annual downturn, Suthers said. Now, however, year-to-date sales tax revenues are down only 4.2% after collections picked up over the last few months.

“We’re estimating that, even if things turn a little sour here, we’re going to be 5% to 10% down,” Suthers said of sales tax collections, a key city revenue source. “That’s a hell of a lot different than it could have been.”

If rising COVID-19 infections don’t lead to a new round of business shutdowns and restrictions, Suthers said Colorado Springs will be in position to withstand the pandemic’s economic fallout better than many areas.

While service sector businesses — such as restaurants and hotels — have felt the pandemic’s impacts, the area’s military and defense industries, which account for roughly 40% of the local economy, have weathered the storm, he said.

“I’ve said all along, I think we’re going to prove to be, statistically speaking, one of, if not the most, economically resilient (areas),” he said.

In addition to employees being confident in their jobs, they also no doubt feel good about several community enhancements, Harry and Suthers agreed.

Whether it’s discount carrier Southwest Airlines’ announcement this week that it will launch service next year in Colorado Springs, In-N-Out Burger’s decision to make the Springs its regional headquarters and home to its first Colorado restaurant or online giant Amazon’s construction of a massive fulfillment center near the airport, the city is riding a wave of good news.

“The confidence of the workforce in the Colorado Springs market is amplified by this energy and this optimism in other parts of the community and the economy,” Harry said. “We’re seeing cranes everywhere, with amenity-related projects, but also job centers. In-N-Out and Amazon. And that’s really exciting.”

Added Suthers: “They (labor force members) feel like they’re in the right place. The country’s going through a time of economic and political turmoil. But when I look around the country, I feel like I’m in the right place. This town’s got a lot of construction activity. It’s got a lot of things going for it, like Southwest and all that sort of thing. I think people are saying, ‘heck if I could be in any place in the country, I’d just assume be in Colorado Springs.'”