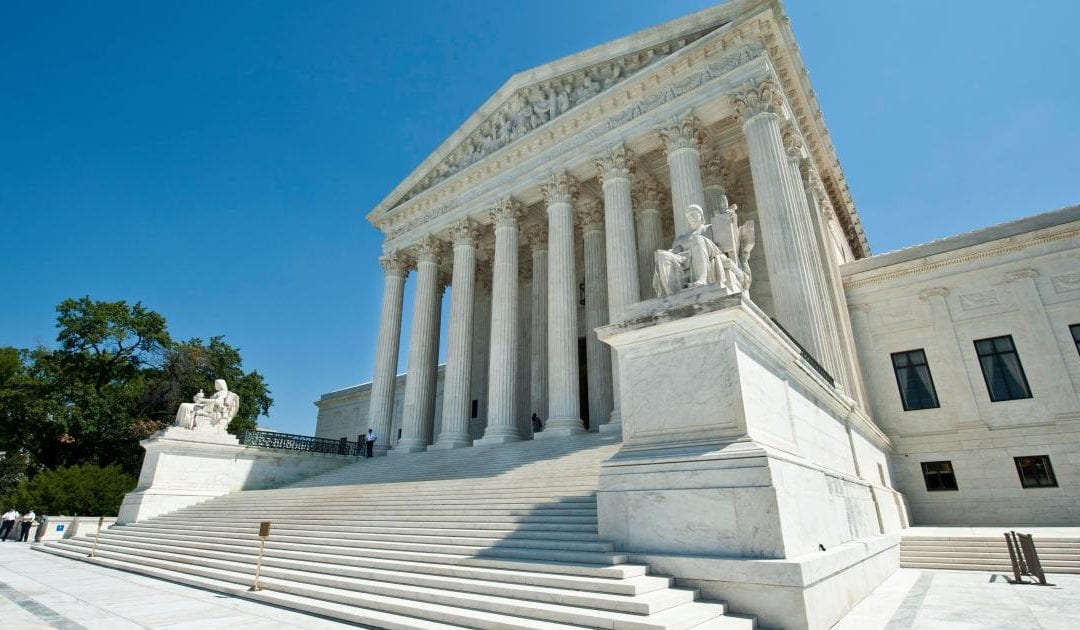 U.S. Supreme Court justices on Wednesday expressed anxiety about the potential impacts on presidential elections — including bribery and political chaos — of not reversing a federal court ruling in a case out of Colorado centering around the Electoral College.

Colorado Attorney General Phil Weiser warned the court that not reversing the ruling made last year by the powerful, Denver-based 10th U.S. Circuit Court of Appeals could fundamentally alter the way the nation elects presidents — and not for the better.

The ruling allows electors who represent the state in the Electoral College to vote for whomever they want and not necessarily the winner of the state’s presidential election, despite a Colorado law binding them to follow the will of the voters.

“The chaos that could result from upholding the 10th Circuit’s ruling is one that could occasion a constitutional crisis,” Weiser, a Democrat, argued via teleconference from his downtown Denver office, instead of in-person, because of the coronavirus crisis.

By backing Kasich, Baca was attempting to deny Trump the presidency by joining with other presidential electors across the nation in an act of defiance. The idea was to collect enough electoral college votes for someone other than Trump to become president.

However then-Colorado Secretary of State Wayne Williams, a Republican, removed Baca as an elector. Colorado, like more than 30 other states and the District of Columbia, has a law binding presidential electors to vote for the presidential candidate who wins the state’s popular vote.

In Colorado, the state’s nine presidential electors are picked by political parties.

The electors representing the party of the presidential candidate who wins the state’s popular vote then, traditionally, cast their ballots for the candidate in the Electoral College, which is made up of 528 electors from the 50 states.

The number of electors in each state is determined by the number of U.S. House seats they have, which are apportioned based on population, plus one for each of the state’s two U.S. Senate seats. Colorado has seven congressional seats and thus has nine presidential electors.

Baca sued over his removal, and the case wound its way through the federal court system until August when the 10th Circuit ruled that Baca’s removal was unconstitutional. The court found that Colorado lacked the authority to bind an elector’s vote to the will of the state’s voters, and thus should not have removed him.

The 10th Circuit ruled that the Constitution provides “presidential electors the right to cast a vote for president and vice president with discretion. And the state does not possess countervailing authority to remove an elector and to cancel his vote in response to the exercise of that constitutional right.”

Colorado Secretary of State Jena Griswold, a Democrat who replaced Williams in 2017, and Weiser appealed the 10th Circuit’s decision to the U.S. Supreme Court in October. Griswold has said that if the Supreme Court rules against Colorado in the case, “the very foundation of our nation is at risk.”

Two other Colorado presidential electors in 2016 — Polly Baca (she isn’t related to Micheal) and Robert Nemanich — intended to follow Baca’s lead but ultimately did not. They, too, are part of the case. The three have been dubbed “faithless electors.”

Weiser says the state clearly has the lawful ability to remove electors who aren’t faithful to their oath to carry out the will of the people. He argues the Constitution’s provision that “each state shall appoint, in such manner as the legislature thereof may direct … electors” clearly allows states to bind electors’ votes to the candidate voters choose for president.

Weiser on Wednesday said that if the state doesn’t have the ability to remove electors, then there would be nothing to stop the electors from being tampered with.

“The ability to remove bribed electors is crucial for the states to have and not only after a criminal trial but after there is a basis for this concern,” Weiser said.

The justices appeared to pick up on that argument, with several of them pointing to bribery as a real issue if states cannot remove electors. “What are the limits?” asked Chief Justice John Roberts.

But Jason Harrow, Micheal Baca’s lawyer, said if presidential electors aren’t allowed to exercise their discretion, there could be serious consequences.

“This case is about a tradeoff between flexibility and rigidity,” he said. “The state’s rule is too rigid and that rigidity could come at a steep cost.”

Say a candidate dies after the election, or a candidate becomes seriously ill or they are found to have committed bribery or fraud. Harrow argued the nation’s founders wanted electors to be able to respond to those situations.

“There must be times when electors and only those electors are best placed to act in the interest of the country,” he said.

Justice Clarence Thomas expressed concerns about an elector casting a ballot for someone who isn’t real and that states wouldn’t be able to remove the elector if they chose to do so.

“The elector who had promised to vote for the winning candidate could suddenly say, ‘I’m going to vote for Frodo Baggins. I really like Frodo Baggins.’ And you are saying under your system you can’t do anything about that,” Thomas said.

Harrow said that in cases where an elector is convicted of fraud or bribery — or voted for Frodo Baggins, a “Lord of the Rings” character — there are remedies and the person could be removed.

But Weiser seized on the Frodo moment.

“During the course of this entire litigation, and this argument today, my friends on the other side have failed to offer any viable theory on how to address the spectacle of a bribed elector, an elector who votes for Frodo Baggins or one who would perpetuate a bait and switch on the people of our state,” Weiser said. “Colorado’s pledge requirement addresses all such harms.”

Justice Samuel Alito worried that if states can’t replace an elector who ignores the will of the people “it would lead to chaos.” Justice Ruth Bader Ginsburg was concerned about making  electors take a pledge to back the candidate who wins a state’s presidential election but then not being able to enforce that pledge.

Justice Elena Kagan worried that by binding electors to follow their state’s rules, a situation could arise where they are told by a state legislature they can only back a candidate who, for instance, reveals their tax returns, visits a state or takes a position on a certain issue.

Justice Neil Gorsuch, who is from Colorado, picked up on that argument. “Whatever the conditions may be, it’s a bounded choice,” he said to Weiser. “You have argued that choice can be bounded. What prohibits the state from doing that?”

Weiser’s arguments before the Supreme Court were historic. The court had not, until the coronavirus crisis, heard case arguments by phone or live-streamed arguments.

Weiser, clad in a suit and tie, tried to recreate the in-person experience of arguing before the nation’s highest court as much as possible. He was in a nondescript conference room in his downtown Denver office building and surrounded by his top deputies, who were masked and seated at least six feet away.

Weiser’s son, Sammy, and wife, Heidi Wald, were present for the arguments.

The 10 people in attendance for the arguments, including a Colorado Sun reporter and a Denver Post photographer, were wearing masks and spaced apart from each other.

Weiser stared out the window while he spoke from a lectern. “I was sort of Zen,” he said of what he was looking at. “Sort of outside of a physical space.”

Harrow works for the group Equal Citizens, which advocates for the Electoral College to be unraveled and for the U.S. to instead use a national popular vote system. The organization was founded by Lawrence Lessig, a Harvard Law School professor who also represents Micheal Baca.

Weiser and Lessig are also friends, according to the attorney general’s office.

Wednesday marked Weiser’s first time arguing before the Supreme Court. He served as a clerk for Ginsburg, who sent him a congratulatory video message when he was sworn into office in January 2017.

Justice Sonia Sotomayor recused herself from Colorado’s case because she is friends with Polly Baca, who is a former Democratic state lawmaker.

The Supreme Court on Wednesday also heard a companion case out of Washington state in which the Washington Supreme Court upheld $1,000 fines for three presidential electors there who also tried to block Trump from becoming president by disregarding the will of voters and backing Colin Powell, the former U.S. secretary of state. Lessig is also representing the electors in the Washington case.

A decision in the cases is expected this summer. The Colorado Democratic Party and Colorado Republican Party support Griswold and Weiser’s position.