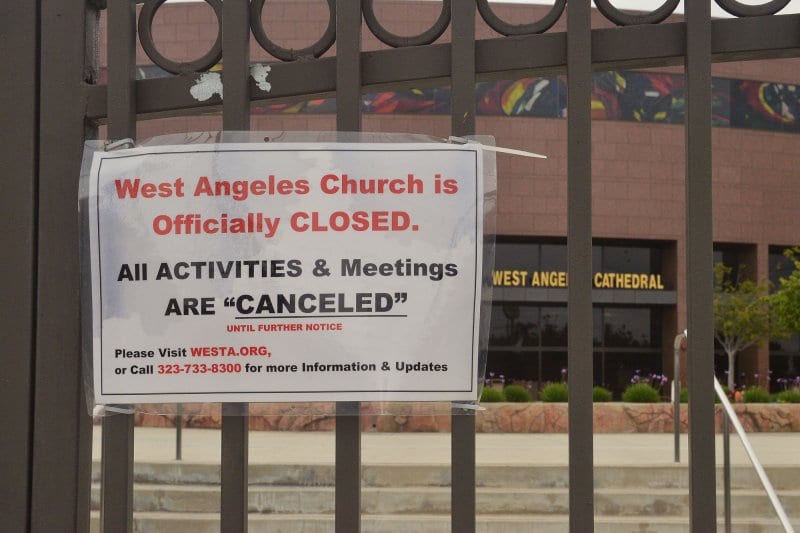 In unsigned orders, the Supreme Court dismissed lower court opinions favoring the states in a case by a small Colorado church as well as another by the Rev. Kevin Robinson and Rabbi Yisrael A. Knopfler in New Jersey.

The court sent the Colorado case of High Plains Harvest Church vs. Polis back to the 10th U.S. Circuit Court of Appeals in Denver, which had earlier sided with the Colorado Gov. Jared Polis.

The order included instructions for the appellate court to reconsider its decision in light of the Supreme Court’s 5-4 ruling in November against New York Gov. Andrew Cuomo, in which it overturned mandatory occupancy limits on religious services in New York state aimed at stemming the spread of the coronavirus.

Justice Amy Coney Barrett, who joined the high court in November, was a decisive vote in that case.

Tuesday’s order resembled another decision from the high court two weeks ago in which justices granted a petition from a church in Pasadena, Calif., that sought to set aside a lower court ruling that affirmed capacity limits set by Gov. Gavin Newsom.

In that case, the high court similarly instructed the 9th U.S. Circuit Court of Appeals in San Francisco to reconsider its opinion in the wake of the New York decision.

They made the same arguments in the New York decision — Cuomo had already removed the restrictions. But in both cases, the Supreme Court’s conservative majority ordered that the cases continue.

Polis’ order in June allowed churches to open at either 50% capacity or 50 people in the worship space, whichever is fewer. Last week, the state issued an amended order classifying houses of worship as “critical businesses” that are exempt from capacity limits.

In the New Jersey case, the religious leaders challenged restrictions limiting religious gatherings to no more than 25% capacity and the state’s mask mandate, which was criticized for violating religious freedom as mask exceptions are made for reasons including health, exercise and eating but not for religious services.

New Jersey Attorney General Gurbir Grewal told the court that the state has “accommodated religious conduct — ensuring religious activities receive at least as much protection as secular conduct, if not more.”

No justices publicly dissented in the New Jersey order.

Churches have contended they are being unfairly singled out by operating restrictions that treat religious and retail businesses differently. Health experts have said crowded, indoor church services provide an especially potent avenue for transmission of the disease, which is spread through the emission of infected droplets.

Citing the New York ruling, the Roman Catholic archdiocese of Washington, D.C., on Monday sued the city over COVID-19 restrictions that will limit attendees at Christmas services.