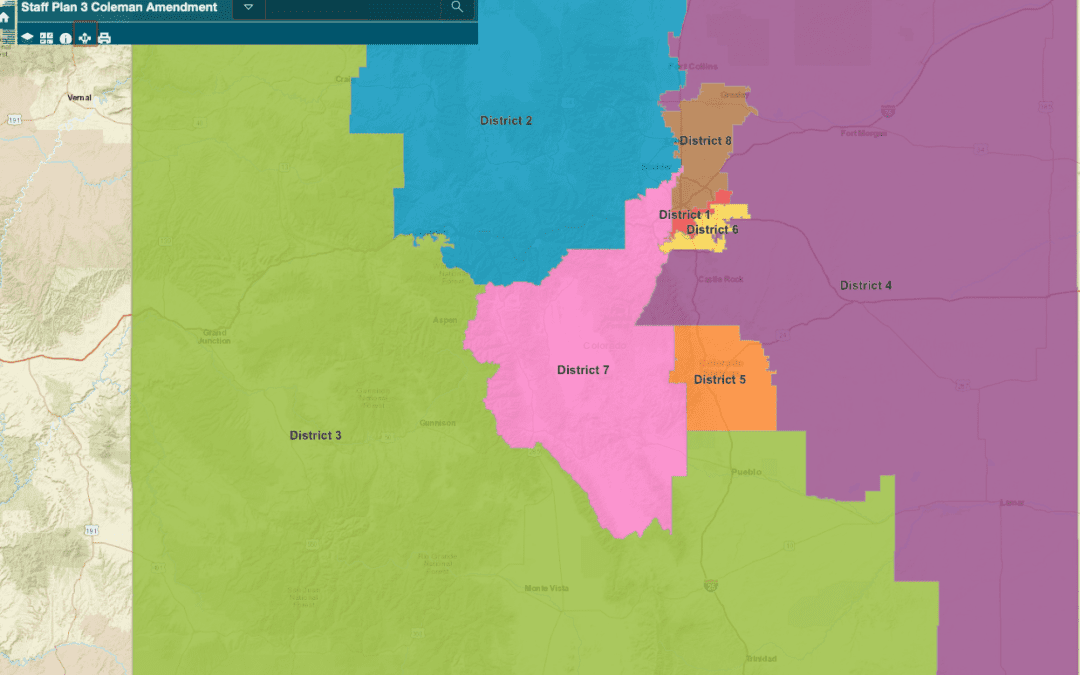 Here’s what’s telling about the state’s new congressional district map that’s now in the hands of the Colorado Supreme Court for final approval.

In an independent commission compromised of four Democrats, four Republicans, and four unaffiliated members, it passed overwhelmingly by 11-1.

In addition to achieving a supermajority vote across the board, Democrat commissioners voted 3-1 in favor of the map.

That’s remarkable considering speculation before the final vote the commission could end up deadlocking short of the required 8 votes, which would have resulted in the commission’s third staff map being sent to the state Supreme Court.

Overall, the commission’s final map appears to have a done a good job of balancing the various, and sometimes competing, constitutional mandates approved by voters in 2018.

In fact, media reports for the most part are playing up the angle that Colorado’s new 8th Congressional district could be one of the most competitive in the nation.

Also of note is some leveling of the playing field in the 7th Congressional District.

While Rep. Ed Perlmutter won his last election by 21 points, Democrats see their advantage in the district narrow significantly, to just a seven-point tilt.

Republican State House Rep. Colin Larson from Littleton has been mentioned as a potential contender against Perlmutter, but now he’s just barely been drawn outside of the new 7th.

Larson could still run against Perlmutter anyway. Members of Congress aren’t required to live in the districts they represent, and moving a few miles hardly stopped U.S. Rep. Jason Crow from taking on former Congressman Mike Coffman and winning that seat.

The vast majority of Eagle County falls in the new 2nd district, and that’s going to be a problem for Donovan’s ongoing campaign challenging U.S. Rep. Lauren Boebert.

A big loser from these deliberations: State Sen. Kerry Donovan, whose ranch in Edwards and home base of Vail are now drawn into the deep-blue CO-02, as she’s mounting a campaing for CO-03. https://t.co/WC8WfO7esB

Here’s a link to the interactive map.

The new 8th Congressional District will link suburban sprawl with conservative Weld County while boasting a strong Hispanic base.

State Rep. Yadira Caraveo wasn’t affected and is still in the running for the new 8th Congressional District seat on the Democrat side.

On paper, Democrats might have a slight advantage, but Republicans are expected to pull out all the stops to try and win this district.

The final Colorado congressional redistricting map is drawn. The new CD 8 takes a swath out of Weld County, inclusive of #Greeley. Leans a bit D, but competitive. The #Independent dominates. Hoping for a strong #WeldCounty rep. #copolitics https://t.co/KWsr4gcSBH

The Supreme Court is expected to approve the proposal.

Map passed 4 minutes before midnight, when theoretically the staff version of this plan would have automatically been finalized as the map submitted to state supreme court.

(Evidently staff thought they could go past midnight but hey. Also, Supremes will likely sign off on map.)