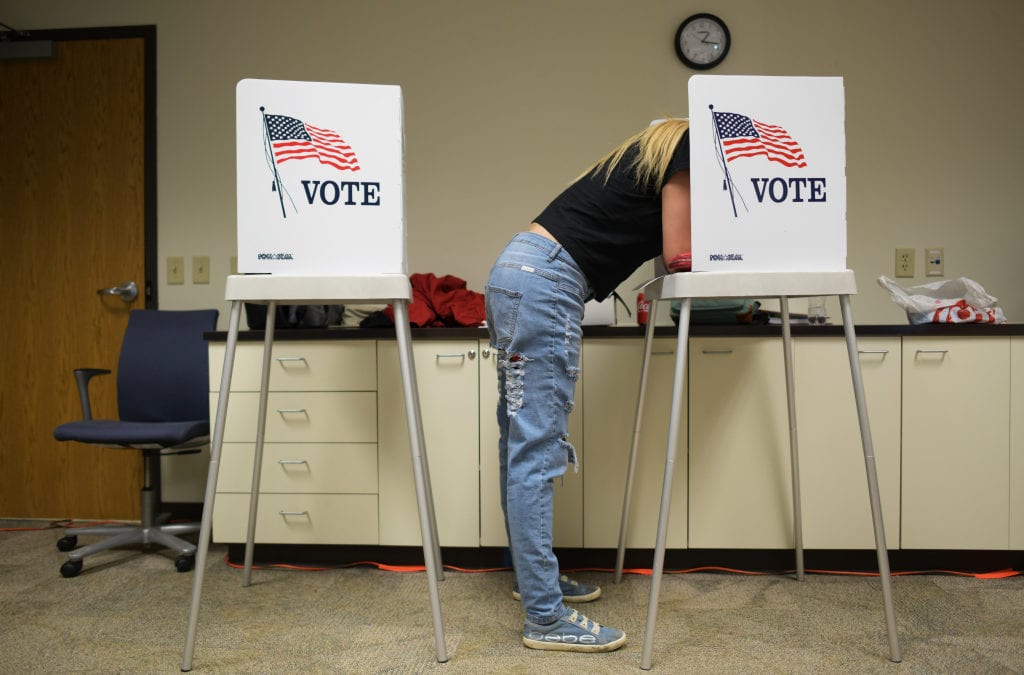 Suburban voters’ swing toward Democrats in the age of Donald Trump was outnumbered in some states on Election Day by fierce turnout among Trump’s base.

But not in Colorado — where metro Denver’s suburban counties helped power former Vice President Joe Biden to a statewide victory that more than doubled Hillary Clinton’s 5-percentage-point margin over now-President Trump in 2016.

Biden led Trump statewide 55% to 42% as of Thursday evening, a 13-point margin, though outstanding ballots could change it slightly. In Arapahoe, Arapahoe, Broomfield, Jefferson and Douglas counties, an average margin for Clinton of 5 percentage points four years ago — on par with the statewide margin — grew to an eye-popping 15.6 percentage points for Biden that outpaced the rest of Colorado, according to a Denver Post analysis of election results.

Take out Douglas, a more right-leaning county that supported Trump by more than 6 percentage points, and the other four counties broke for Biden by nearly 21 points, led by Broomfield at 27 points.

Some of that shift is due to this year’s lack of high-profile third-party candidates, who ate into Clinton’s margin in 2016. The former secretary of state also was a more polarizing Democratic nominee than Biden would end up being.

But the leftward march of Denver’s suburbs, while predating Trump, has only accelerated in the last four years. The suburban counties are growing fast, they’re diversifying, and they’re full of the kind of white-collar workers who have turned sharply against the president.

The 2018 midterm election, in which unaffiliated voters delivered a blowout for Colorado Democrats, had prompted a warning by local Republican pollster David Flaherty: More pain was coming for the state GOP in 2020, when Trump would actually be on the ballot.

What he couldn’t have predicted then was a pandemic in an election year that deepened divides even more.

“In Colorado, (the Trump factor) is not a winner — we’re not a Midwestern state,” where blue-collar voters provide a counter-current for the president, said Flaherty, the founder of Louisville-based Magellan Strategies, on Thursday. “There’s simply very little Republicans could have done this cycle because of the sheer math of the turnout.”

Indeed, a new poll of 900 voters who cast ballots in Colorado’s election shows several dynamics drove support for Biden, including some that are key to the suburbs. Biden led Trump by 25 percentage points among unaffiliated voters, by 23 points among voters younger than 44, by 51 points among Latino voters and by 24 points among white college-educated voters.

The poll included a sample representative of Colorado’s voter turnout and was conducted Oct. 31 to Nov. 4 by Democratic polling firm Global Strategy Group for ProgressNow Colorado, a liberal advocacy group, with a margin of error of plus or minus 3.5 percentage points.

In Arapahoe and Jefferson counties, both former swing counties, a handful of Republican state legislators managed to survive close races — but the party’s loss of local elected offices continued.

“When I came to the commission in 2015, there was one elected Democrat in the county government,” recalled Jefferson County Commissioner Libby Szabo. “When I leave in January 2021, there will be one elected Republican, and that will be the sheriff.”

Szabo lost her bid for reelection on Tuesday to Democrat Tracy Kraft-Tharp, a term-limited state representative, by 8 percentage points. She takes solace in the fact that she outperformed Trump, who lost to Biden in Jeffco by nearly 19 percentage points. But now all three county commissioners will be Democrats.

In Arapahoe County, voters flipped the county commission from a 3-2 Republican majority to a 3-2 Democratic edge — which would grow to 4-1 in the case of a loss by another Republican incumbent who led his Democratic challenger by just 162 votes Thursday.

In the 18th Judicial District attorney’s race, which includes Arapahoe and Douglas counties, another partisan flip was possible for a Republican-held office. But the most recent results had Democratic candidate Amy Padden trailing Republican John Kellner by a margin of 1,440 votes, reversing her lead by a much tighter margin earlier Thursday. A winner had not been declared.

The Republican brand has suffered under Trump, voter Tom Skarbowski said, but he puts the blame on the general direction of the party in recent years. The unaffiliated voter lives in a subdivision in unincorporated Arapahoe County and has voted for candidates from both parties, including Gardner in 2014 — though he later protested outside Gardner’s office.

“(Trump) set the tone and everybody else has followed,” said Skarbowski, 67. “It’s the old saying, ‘The buck stops here.’ He’s taken over the whole GOP.”

Even if Trump ceases to dominate the party, he said, “I think it would take several cycles before they would get the confidence back again.”

The Post’s analysis found that Biden’s outperformance of Clinton’s 2016 margin by 8 percentage points was driven by shifts toward the Democratic presidential candidate in 50 of the state’s 64 counties. But the Denver area’s suburban counties stand out, since four of them ranked among the state’s top six for raw numbers of ballots this week.

The largest gain was in tiny San Juan County, where Biden improved on Clinton’s margin by 15 percentage points.

Besides the suburban counties, Biden stocked up on votes in other types of counties:

“These white-collar suburbs are no longer swing areas as they actually went about as strongly for Biden as El Paso and Douglas counties did for (Republican nominee Mitt) Romney in 2012,” wrote Andrew Baumann and Stephen Riggs.

She gives Trump credit for mobilizing Democrats and unaffiliated voters in opposition to him, but she says the area’s demographic changes and growth have changed the political makeup even more. She said the local party also has developed a more coordinated approach to campaigning.

“For all intents and purposes, Arapahoe County is pretty dang blue,” Mallory said.

Szabo, the defeated Jeffco commissioner, also isn’t convinced Trump is the only factor in the growing Democratic margins on her side of the metro area.

But Flaherty predicts that when Trump is out of the national picture — whether by losing to Biden now or after a second term — Republicans’ prospects may improve in Colorado, including in the suburbs.

Without Trump’s presence, coming state legislative sessions dominated by Democrats and a redistricting process set to play out next year could alter some of Colorado’s political dynamics, Flaherty said.

“All those things do point to a brighter day for Republicans to pick themselves up and dust themselves off and make a case for why their solutions are perhaps better for Coloradans than 100% Democratic management,” he said. “They won’t have to cringe from a tweet or a statement from Donald Trump.”