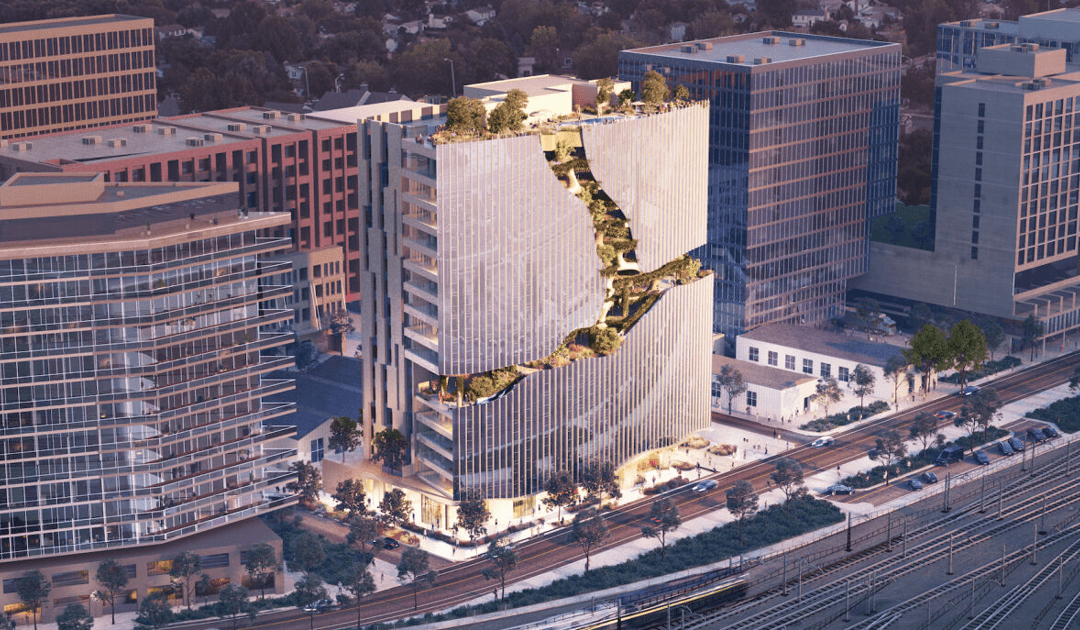 A new building set to appear on the Denver skyline by the end of 2023 will blur the line between nature and civilization.

Designed to include a landscaped canyon across 10 of its 16 floors, complete with a ‘trail-like’ walkway, One River North is sure to attract plenty of eyeballs.

“If we regard modern cities as man-made landscape on the earth, we need to design canyons, woods, creeks and waterfalls, transforming concrete forests into second nature,” said Ma Yansong, founder of MAD Architects and part of the team involved with the One River North project.

The One River North building will house 187 for-lease units along with close to 8,000 square feet of retail space, reaching a height of 216 feet. The most talked about feature, however, will likely be the 13,352 square feet of open-air environments at the property, highly visible as part of this space can be seen sprawling up the exterior of the building as if nature is breaking out of its concrete walls.

Residents will have access to a ‘hiking’ experience without leaving their building. The hike won’t travel a dirt trail, instead meandering along a nature-inspired walkway that spans four floors.

Units will range from 625 to 2,500 square feet, each featuring a “chef-caliber” kitchen, floor-to-ceiling windows, and private open-air terraces. Residents will also have access to a large rooftop pool and spa area, complete with a deck, garden and dramatic views of the distant Rocky Mountains.

One River North will be located at 3930 Blake Street in Denver’s River North District, which is known for its arts scene and for hosting an eclectic nightlife.

One River North is designed to bring a bit of green space to the urban environment.