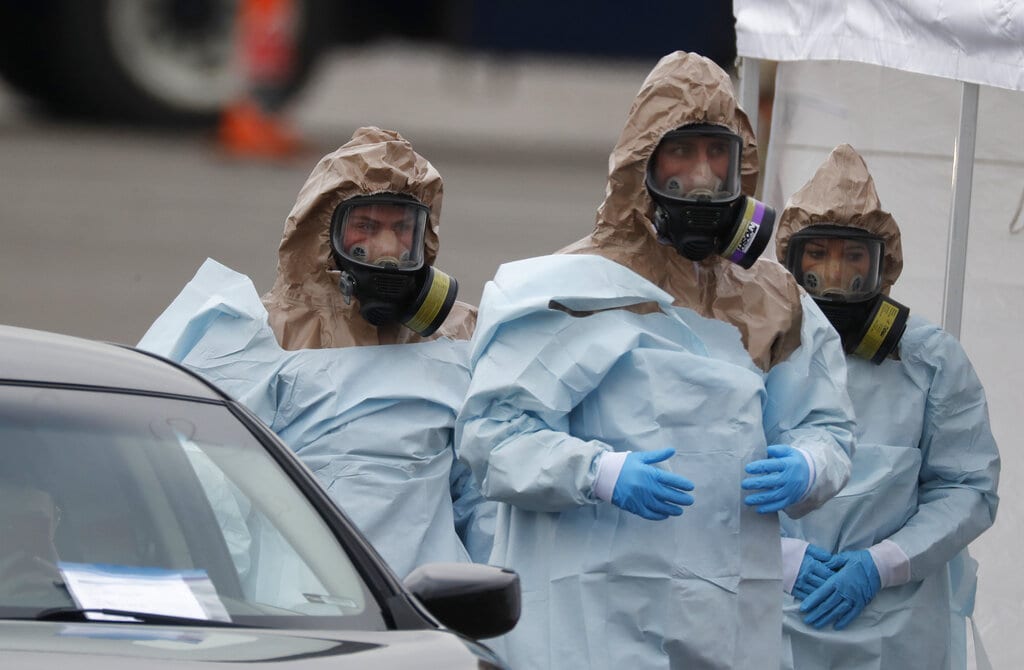 King Jared and Dean Williams have failed to protect Sterling Correctional Facility, leaving the residents of Northeast Colorado vulnerable. Safe in their ivory towers, the governor and his executive director of Colorado’s Department of Corrections sit congratulating themselves while the citizens of Northeastern Colorado are left to correct the mess of their colossal failures.

Gov. Jared Polis and Jill Ryan — his Colorado Department of Public Health and Environment right-hand henchwoman — issued a Stay-at-Home order on March 25th yet continued to move inmates in and out of prisons until April 10th. This unbelievable oversight put our prison workers, inmates, and communities at risk for more than two weeks.

When Logan County Commissioners, the director of Logan County Health Services, and the CEO of our local hospital presented their plan to deal with the imminent crisis – much more effectively, I might add — our great ruler denied them permission to act. Despite Governor Polis and Director Ryan’s apparent belief that they are smarter than our local authorities, the governor’s actions have brought 440 positive inmate cases and killed two as of May 12th. This is an utter failure of the governor to protect people in his own department.

God bless our prison guards and the warden at Sterling Correctional Facility; their dedication to their work is unparalleled as they continue to do their jobs despite their governor and executive director doing everything they can to spread COVID-19 throughout the entire prison system.

Our state employees and citizens deserve better. Governor Polis claims to have Coloradans’ best interest at heart. In my part of the state we call that ‘Male Bovine Fecal Matter’ — or something approximate to that phrase. He doesn’t care about the people; this is about power and control. How else do you justify his determination that pot shops and liquor stores are more important than most any other businesses?

The Department of Corrections employees and inmates aren’t the only ones suffering from Polis’ hubris, take a look at Colorado’s state budget for the 2020-2021 fiscal year. The governor wonders why the new budget forecast is $3.3 billion short — someone should tell him that’s what happens when the oil and gas industry is effectively shut down by a legislature dominated by the Democrats, followed by the vast majority of retail establishments forcibly closed over the last couple of months. Decision after executive decision, King Jared demonstrates that he cares about his agenda — not the people of Colorado and our everyday needs and livelihoods.

I am deeply concerned for my constituents and our communities. I serve as the Senator for roughly 20% of the state; my district includes two state prisons, with two additional private prisons located nearby. Yet, each time I follow the proper chain of command to seek answers about Polis’ plan to address the crisis our prisons and our communities face I am stonewalled. The DOC has merely relayed instructions from the governor’s office, patronizations included, to submit my questions “in the form of a letter, as soon as possible.”

My most recent letter garnered the same meaningless, automatic-response form letter anyone else would receive: “Thank you for contacting the governor’s office.” The lack of transparency regarding this pandemic is appalling. We see only what the governor and his team choose to share — but that is what happens when a dictator is unchallenged and the press becomes his mouthpiece. Governor Polis has shown yet again that he thinks that the citizens of Colorado must be protected from themselves, that they cannot make the decisions necessary to govern themselves and he must therefore give us only what information he deems necessary in order to further his agenda.

The media has become Polis’ unquestioning accomplice; they regurgitate everything that the Colorado Department of Public Health and Environment and the executive office proclaims, printing for the headlines without doing the journalistic investigations necessary to verify why the numbers they print continue to change, why the models have no consistency, and why the science and many doctors say that masks don’t protect you or the people around you. Further, the governor and the CDPHE have forced alterations to death certificates and inflated the death rate attributed to the virus, with virtually no outcry from the media to hold them accountable. This outright deception and manipulation of the numbers leads the public to doubt any data set before them – just another example of the press and the governor’s office defying the trust of the people to who knows what end.

California Congressman Tom McClintock said it best: “In this pandemic, many elected officials have abandoned the practices of a free society and crossed some very bright lines that separate free Americans from those unfortunate to live under authoritarian regimes. Communist China pioneered the practices now inflicted on our own citizens. That should scream a warning to us all.”