Spring lawn, garden and sprinkler system tips: What to do now, later in Colorado 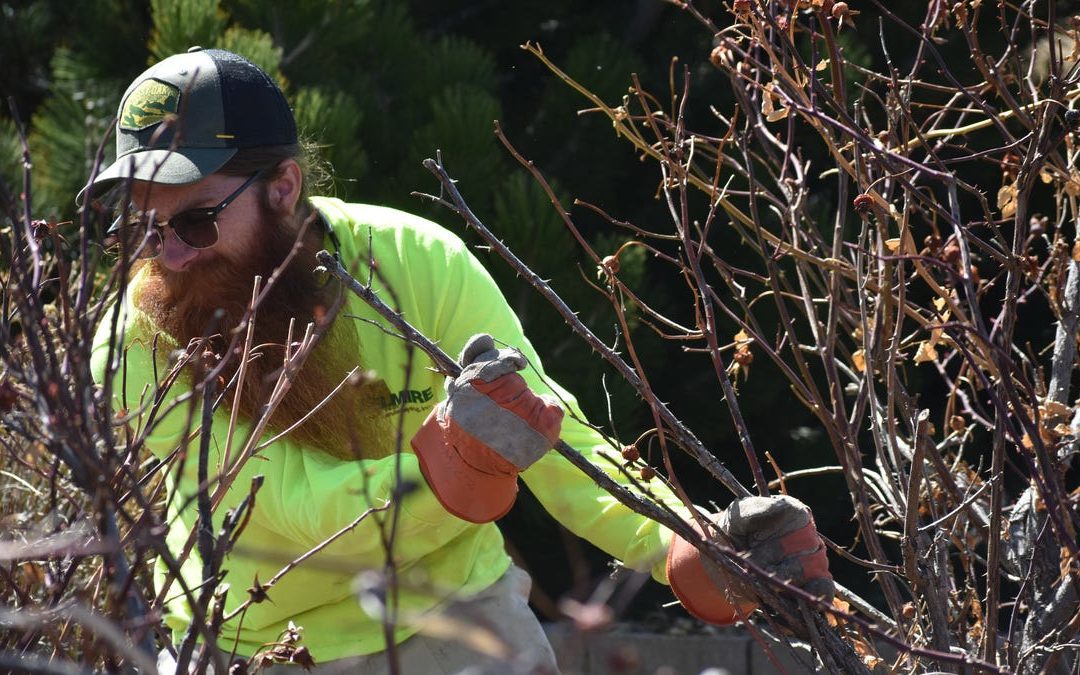 Spring lawn, garden and sprinkler system tips: What to do now, later in Colorado

Nothing like an upcoming week of near-70 degree weather to either get you fired up or force you to get out into the yard, depending on your perspective.

Either way, with the ample moisture provided by the big snow a couple of weeks ago and the well-above-average temperature forecast the next 10 days, things will start popping in your yard.

Before you get out there, here are tips on how to do it right and when to do it.

Generally, February and early March are the best times to prune trees. However, with significant damage to many trees in the Fort Collins area due to the heavy, wet snow March 13-14, it’s important to prune the damaged limbs and branches now.

For dead branches, avoid cutting into live tissue. Cut at the nearest point between dead (brown) and live (green) tissue.

Always prune just outside the branch collar, which is the raised or swollen area of the branch near where it meets the main trunk. It usually has wrinkled bark.

Some trees don’t have defined branch collars. When the branch collar is not clearly identifiable, make the final cut at the angle that mirrors the angle of the branch bark ridge. That is the rough, slightly raised back found where the branch meets the main trunk.

For larger branches, use a three-step pruning process:

Other limbs and branches to prune include those that are growing upright in the center of the tree and any that are rubbing.

It’s best not to remove more than one-quarter of a tree’s branches in a year, as that can affect its growth and health.

With newly planted trees, only prune dead, damaged or crossing limbs or those interfering with the main stem.

You also can start pruning hardy shrub roses now and later this month more tender roses, such as hybrids.

Core aeration is good for all lawns but should be done as soon as possible, especially given our soil moisture from the big snow. The wetter the soil, the deeper the plugs you can pull, which is the goal.

Waiting longer can cause damage to young grass roots.

It doesn’t hurt to allow the plugs to break up on their own, or you can break them up using your lawn mower or rake them up.

You can rent an aerator for as little as $40 for a two-hour minimum or pay a landscaper to do the job for around $50 or more, depending on the size of your lawn.

It usually is not needed on most lawns and can be harmful, as it removes live grass.

Only consider power raking if you have three-quarters to an inch of thatch layer. The best way to determine that is by observing the plugs pulled when aerating. The thatch layer is the brown, mostly dead grass where the grass blade meets the roots.

If you power rake, it is best done when the grass is dormant, such as fall or early spring. A light, shallow raking is fine in spring.

If you have crabgrass, you still have time to apply a pre-emergent herbicide. To be effective, this needs to be applied before crabgrass seeds germinate, which typically is mid-April to mid-May.

Pre-emergents are best applied at least two weeks before those dates. Crabgrass and other weeds like dandelions can be sprayed or handpicked. If you handpick, make sure to get as much of the root as possible or your efforts will largely be fruitless.

Seeding or over-seeding a bluegrass or fescue lawn can be done now through September.

Hold off for now

Most lawns won’t need mowing until after our upcoming week of temperatures in the 70s and even 80 degrees.

Make sure your lawnmower blade is sharp. If you haven’t sharpened your blade in a couple of years, it’s time. Dull blades tear grass, leaving the ends susceptible to drying out.

Bluegrass lawns in Colorado should be mowed to a height of 2½ inches in spring, then allowed to grow to 3 or 3½ inches as the weather warms.

If you fertilized in late fall, it is not recommended to fertilize bluegrass or tall fescue lawns now. If you didn’t, apply half the amount of fertilizer recommended. Applying a high-nitrogen fertilizer in April causes grass blades to grow at the expense of stronger root growth.

If you fertilized last fall, your next application should be around Memorial Day. Other applications can be applied around Labor Day and again in October or November.

It is advised that you don’t turn on your sprinkler system until necessary, which given the nearly 3 inches of precipitation in our big snow isn’t now.

If we receive enough moisture in April and May, you may not need to irrigate your lawn until after that.

To prevent damage if you charged your system, you can do a quick drain. That drains the water from your above-ground system but holds water in your underground irrigation lines, which shouldn’t cause damage unless it gets really cold for an extended time.

You can either turn on your sprinkler system yourself — see below — or hire a professional, who will do it for about $50 or more.

Here is what you can plant now, if you feel lucky, or wait until about mid-April:

Hardy vegetables like broccoli, cabbage, kohlrabi, onions, lettuce, peas, radish and spinach can be planted two to four weeks before our average last spring frost, which for Fort Collins is around Mother’s Day, which is May 9.

Tender vegetables like beans, corn, cucumbers, squash, cantaloupe, eggplant, pepper, pumpkin, tomato and watermelon should only be planted when there is little to no danger of frost, so at least no earlier than mid-May.

How to turn on your home irrigation sprinkler system

On the backflow device outside of your home, check the two petcocks, or pressure release valves, to make sure they are closed.

In the basement, look for the water line to your irrigation system. Make sure the drain valve on the irrigation line is tightly closed.

Then very slowly turn the valve on that allows water to run from your main line to the main irrigation line. This pressurizes the system. Do this slowly so you don’t damage water lines.

Open the valve going from the water line that goes from your backflow device to the outside irrigation line that you closed in step 2.

Go to your irrigation control panel, usually in your garage, and manually run each zone to make sure all the heads are working properly.