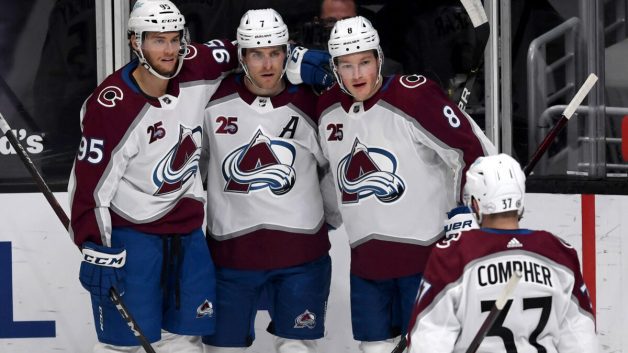 It took the full 56-game schedule, but the Colorado Avalanche managed to climb the West Division mountain and end the season with the best record in the NHL. The Avs tied the Golden Knights with 82 points but finished tops in the league on the strength of having more regulation wins than the Knights. As a result, they have guaranteed home-ice advantage through the playoffs and a first-round matchup with the St. Louis Blues.

Irrespective of the lens, the Avalanche were the best team in the league. Colorado led the league in Corsi rating, shots percentage, scoring chances percentage, and high-danger percentage at five-on-five. That dominance is also reflected in the Avs metrics across all strengths, as they lead the league in every relative metric.

The Avs were so efficient at both ends of the ice that they achieved a feat that had not been accomplished in at least the last 14 seasons. According to Natural Stat Trick, the Avs led the league in scoring chances for and scoring chances against. In the 14 seasons of data compiled on the website, no team has done what the Avs did this season.

As a result of those inspired metrics, the Avalanche’s 59.8% expected goals-for percentage was nearly 3.5% higher than the next closest team (the Toronto Maple Leafs). To put that difference in perspective, the difference between the second place Leafs’ expected goals-for percentage and the seventh-place Tampa Bay Lightning was 2.6%. There is no better team than the Colorado Avalanche.

It’s pretty hard not finding a positive in something, but that’s the abyss we’re looking into when we dive into the Blues. St. Louis had some of the worst metrics in the league this season, and if not for competing against some inferior teams in the West Division, they probably wouldn’t have made the playoffs.

St. Louis finished the season on a high note, but before that performance, the Blues had been outplayed in 13 of their last 15 games. However, the Blues posted a 1.034 PDO over the 16 game sample, going 9-5-2. The Blues are headed for regression and, in a normal regular season, probably never would have made the playoffs.

This is the biggest mismatch of the first round. From an advanced metrics perspective, the Avs were the best team in the league. Conversely, the Blues were the worst team to make the playoffs. We saw how the Avs handled their business down the stretch by posting expected goals-for percentages above 70.0% in three of their last five. FanDuel Sportsbook has the Avs listed as steep favorites, but this one could be over in three games.