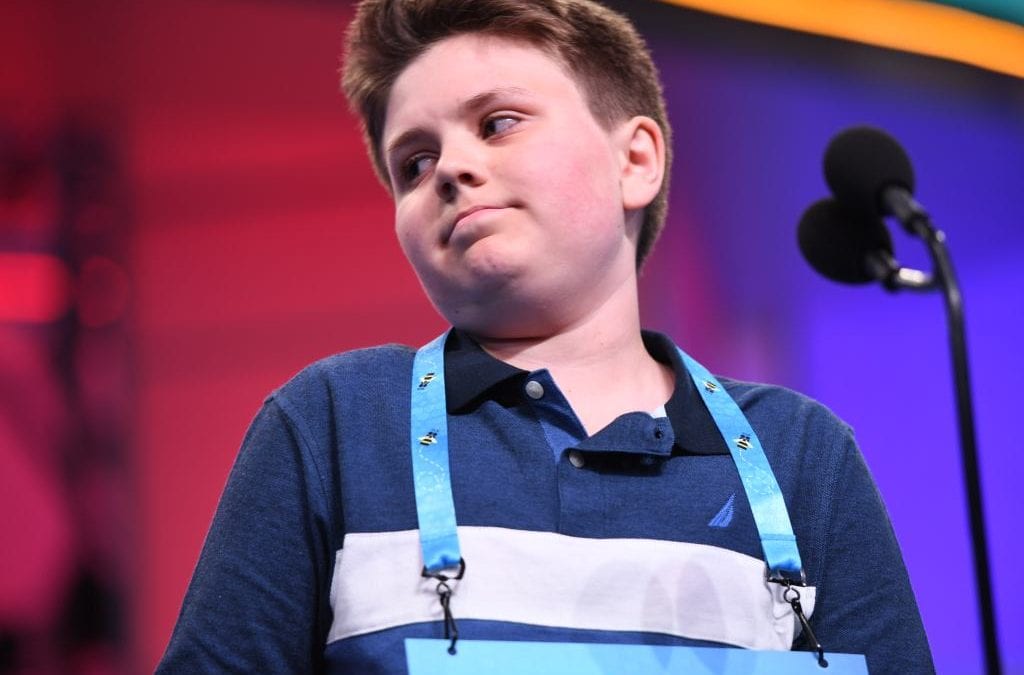 That’s how some kids whose lives revolve around the Scripps National Spelling Bee felt after the competition was canceled for the first time since World War II due to the coronavirus pandemic.

With no plans for an alternative or rescheduled event, or extended eligibility, aged-out eighth graders will miss competitively spelling the final words many have been studying for most of their childhoods.

The cancellation of Bee Week, during which hundreds of word nerds from across the country would have gathered in National Harbor, Md., this week to try to outsmart Merriam-Webster, was expected considering the public health crisis.

But Colorado kids and their families were stunned to learn the competition’s backup plans were z-i-l-c-h.

Paige Kimble, executive director of the Scripps National Spelling Bee, said Scripps tested the concept of an online bee and extending eighth grade eligibility, but there were too many kinks that couldn’t be ironed out to make it run equitably and uphold their standards.

“We dug deep and determined it’s just not possible given how we’re designed. What’s happened is painful, and it’s put a big hole in a lot of people’s lives,” Kimble said. “It’s just a huge loss and we’re grieving, and we know they’re grieving.”

“There are kids who completely give up their social lives in middle school, and they do it willingly,” Lamontagne said. “It takes thousands of hours. I sincerely think it’s comparable to the amount of time that Olympic athletes put in or NCAA athletes put in. NCAA athletes got an eligibility extension because everything was canceled. These kids are just as emotionally invested in this and put in as much time, but they don’t get this last chance. It really sends the message that athletics are inherently more important than academics, and I don’t think it’s a good message to send to kids that maybe have nerdier passions.”

What does it take to be one of Colorado’s 15 kids headed to the Scripps National Spelling Bee? Ask these wordy whiz kids. (May 25, 2019)

Cameron Keith, a Boulder student who studied nearly 30 hours a week leading up to what would have been his fifth trip to the national bee, felt listless since hearing the competition won’t allow eighth graders a makeup year.

The 14-year-old, who advanced to the Scripps Bee finals last year, was hoping to clinch the win, but also savor the closing chapters of the immaculately spelled story of his youth.

“It was absolutely crushing to hear this,” Cameron said. “Thinking about the sacrifice that went into preparing for this — I’ve been doing not great, I guess. I’ve just been sitting around since.”

Synte Peacock, Cameron’s mom, doesn’t understand why Scripps wouldn’t try to provide something for the competitors — an online bee, a rescheduled event at a safer date, an eligibility extension for eighth graders.

(Two Texas teenagers have established an alternate, online event called the SpellPundit Online National Spelling Bee, which will take place this week in lieu of the Scripps Bee.)

This week, Kimble said spellers will be honored via the bee’s website, which will showcase students who were able to qualify before the pandemic canceled many regional bees, and recognizing the eighth graders who qualified last year.

“Everyone was in a state of disbelief,” Peacock said. “No one had really thought Scripps would just full out cancel and not do anything for the kids at all. They’re an organization that depends on these kids…The kids buy into this promise that they will work incredibly hard, and it’s gotten so hard in the last few years that you have to devote a huge amount of your life to be competitive. Obviously, this year, the competition couldn’t go ahead as planned, but they’ve turned around and said, ‘Hey, it’s over. Tough luck. Shut up.’ ”

Kimble said before the new coronavirus struck, 155 children qualified to compete at the Scripps Bee — 55 of those eighth graders — but at least 5,000 more children were unable to attempt to qualify because of pandemic-related cancellations.

“The process of trying to figure out how to fairly incorporate those kids in those local qualifying competitions leading up to national finals and all that’s involved with our local partners in that makes (eighth grade eligibility extension) an impossibility,” Kimble said.

When Scripps tried to replicate an online version of the bee, Kimble said logistical issues like being unable to ensure kids were hearing and pronouncing their words correctly made the competition inequitable.

“The naming of our champions is something we take seriously, and we want it to be beyond reproach and question,” Kimble said. “We have the reputation we have by seriously protecting the quality of our work.”