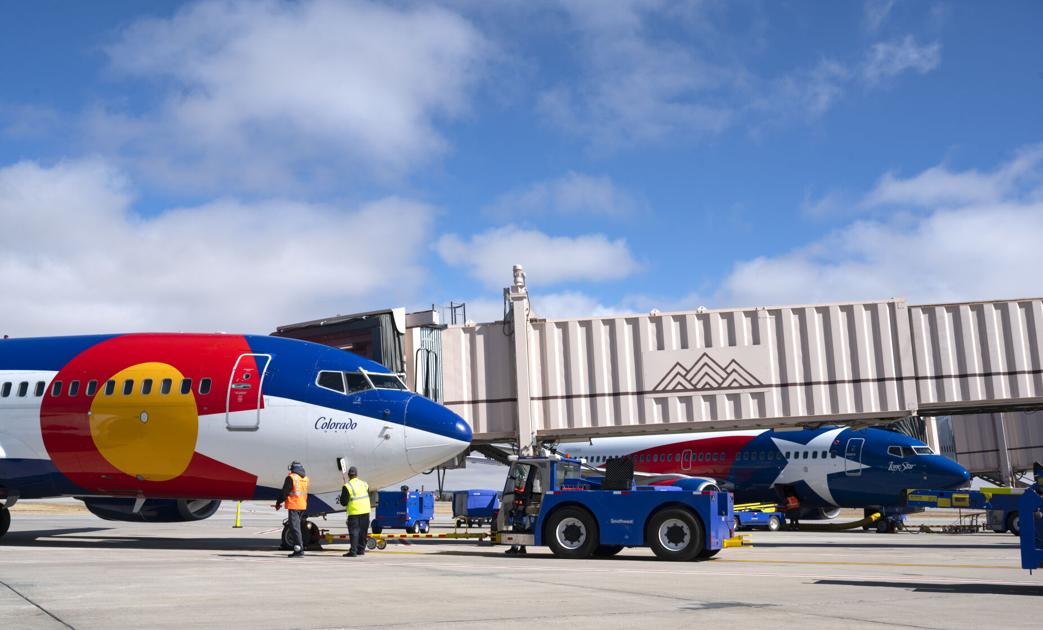 Southwest Airlines welcomed its first flight to Colorado Springs on Thursday with cheers, applause and high fives, a moment nearly 20 years in the making.

“In my time here, this is the most important vote of confidence we have received at a time we really needed it,” Doug Price, CEO of Visit Colorado Springs, said during a ceremony before the flight arrived at the Colorado Springs Airport. “Air access was one of the missing links for this community and now we can check that box.”

The first passengers on a Southwest Airlines flight to arrive at the Colorado Springs Airport are welcomed with signs and cheers Thursday, March 11, 2021. The first flight into the airport was from Denver and the first flight out returned to DIA. (The Gazette, Christian Murdock)

Southwest started operating 13 daily flights Thursday to Chicago, Dallas, Denver, Las Vegas and Phoenix, nearly doubling the daily seat capacity on outgoing flights to 3,400, the most since August 2008, said Greg Phillips, aviation director for the city of Colorado Springs. The city is one of 17 markets Southwest is adding to its route network this year, the airline’s biggest expansion in its nearly 50-year history.

“Since I have been mayor, rarely have I had a discussion with citizens that didn’t include the question ‘When is Southwest coming to Colorado Springs?’ Well, the answer is today. Southwest is here,” Colorado Springs Mayor John Suthers said. “What an exciting day for Colorado Springs. The city is ready for good news at this point, and Southwest is that news. I hope this development and the COVID vaccine will lead to increased activity at our airport.”