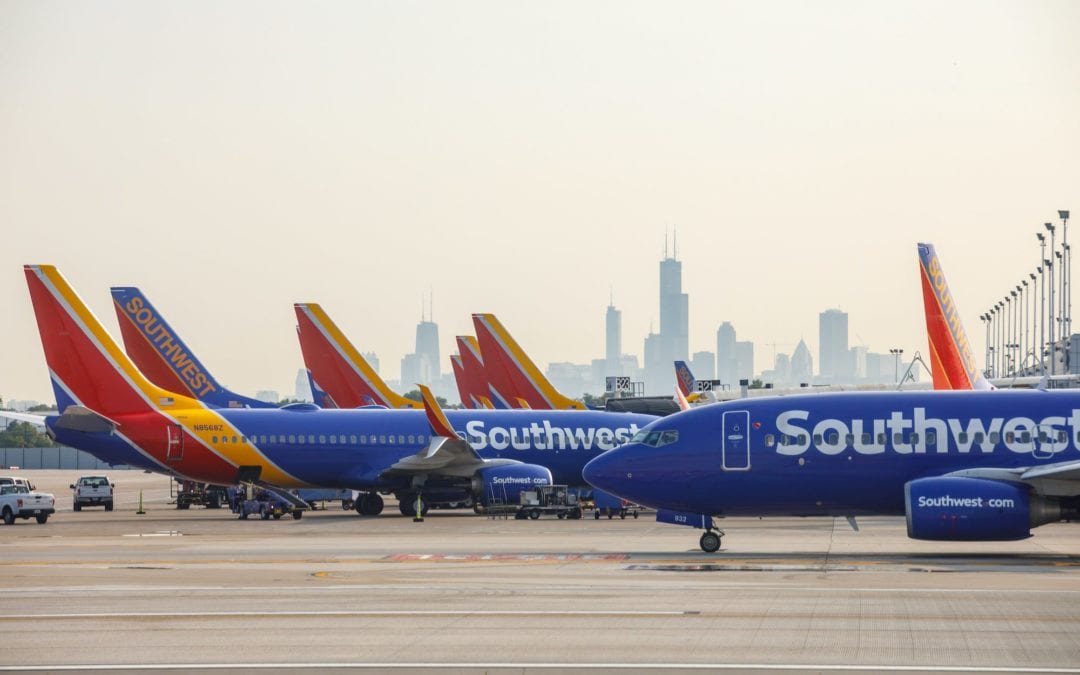 Southwest Airlines will launch 10 new routes when it begins flights to Chicago O’Hare and Colorado Springs early next year, two of nine new destinations that it is adding to its map during the coronavirus pandemic. The carrier will debut with five routes at each the cities.

Southwest will begin service to O’Hare with 20 daily flights on Feb. 14:

The new flights complement the carrier’s existing base at Chicago Midway (MDW) airport on the city’s south side. On Oct. 22, Kelly said capacity limits at Midway blocked Southwest from growing there and prompted the expansion to O’Hare on the north side of the city.

“If we don’t move now, we risk never getting in there,” he said.

The carrier begins service to Colorado Springs with 13 daily flights on March 11:

Colorado Springs flights expand Southwest’s presence in the Front Range region of Colorado, a roughly 175-mile long corridor stretching from Pueblo in the south to Fort Collins in the north. At the region’s center is Denver, where the airline already has a large base.

Southwest continues to fly far less than it flew a year ago owing to the coronavirus. During the three months ending in December, it plans to fly roughly 35% less than in the same period in 2019.

The airline hopes to resume flying at 2019 levels by the end of 2021, said Kelly earlier in October. However, it expects a full recovery in air travel from the pandemic to take longer.

Southwest has not released schedules for its new flight flights from Houston Intercontinental, Jackson or Savannah.