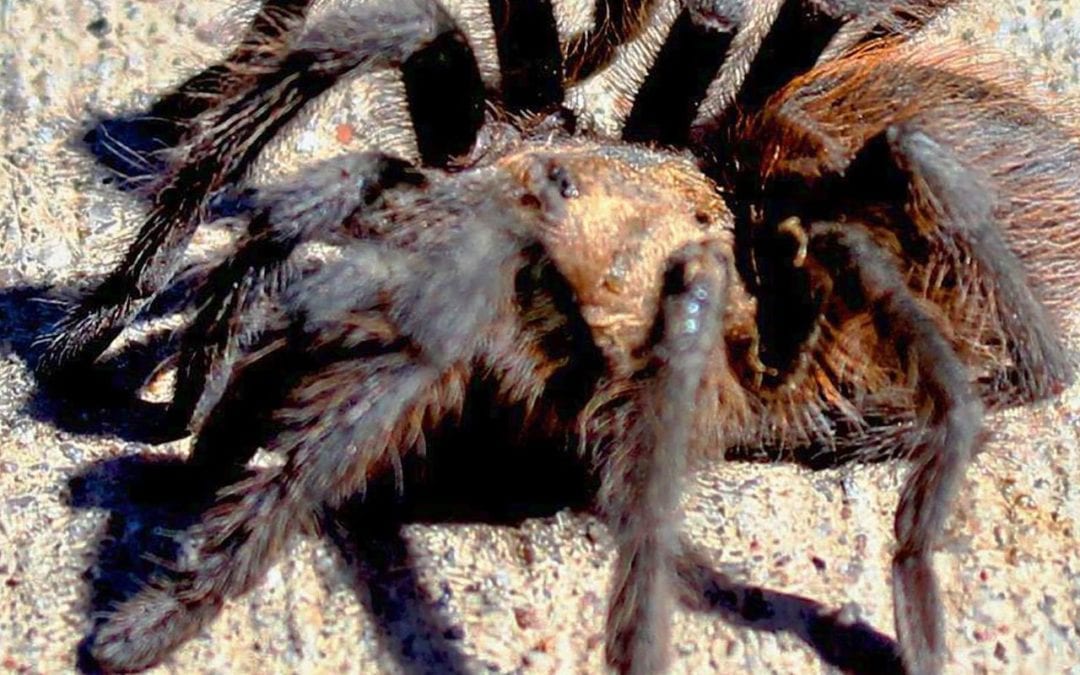 A male Oklahoma brown tarantula scampers across a driveway in search of a mate. This time of year the large spiders are on the move. (Photo: VIEW PHOTO/TRACY HARMON)

CANON CITY — When tarantulas are on the move this time of year they cause arachnophobia sufferers to cringe. But there are some spider lovers who travel to southern Colorado just to watch the tarantulas while the hairy crawlers are on the move.

Colorado Parks and Wildlife District Wildlife Manager Steve Keefer has become an unofficial tarantula expert of sorts because so many spider-seeking visitors are drawn to the Comanche National Grasslands, Rocky Ford and La Junta area he covers.

“Because it is breeding season the males are out looking for females this time of year. It is believed the females use pheromones to attract them,” Keefer explained.

The breeding season means tarantulas are easier to see as the males cross roads, walking trails or homeowner’s driveways in search of a little love. Unfortunately, “they usually don’t survive their first mating season,” Keefer said.

“They use their fat reserves as they go and there is a lot of risk from predators because they stand out. Fox, coyote, bobcats and birds of prey will get them and the hawk wasp lays its eggs in the body of a tarantula,” Keefer said.

A male tarantula will not be sexually mature until it is 7 to 10 years old. Females can live 20 to 30 years, he said.

When people see a tarantula on the move, they can bet it is a male — the females wait in dens for the males to arrive. In the 33 years that Keefer has worked for state parks and wildlife, he used to run into one or two tarantula trackers during the fall time but in the last few years, “on the weekend I will see 20 to 30 vehicles with more than one person in them. It is not something our agency focuses on, but a lot of people come out this time of year to see the tarantulas,” he said.

The city of La Junta even encourages people to come visit the area this time of year as a boost to tourism.

Keefer has some tips for tarantula watchers.

Pull completely off the road so as to not cause a traffic jam and wear bright colors so that it makes it easier for pronghorn hunters to distinguish humans from their prey.

As for Keefer, his unscientific observation has been that the tarantula population ebbs and flows.

“Some years there are a whole lot more and other years a lot less. My best guess is that in general the population stays consistent,” he said.

Pueblo Chieftain and Pueblo West View reporter Tracy Harmon can be reached by email at tharmon@chieftain.com or at https://twitter.com/tracywumps. Help support local journalism by subscribing to the Chieftain at https://chieftain.com/subscribenow.