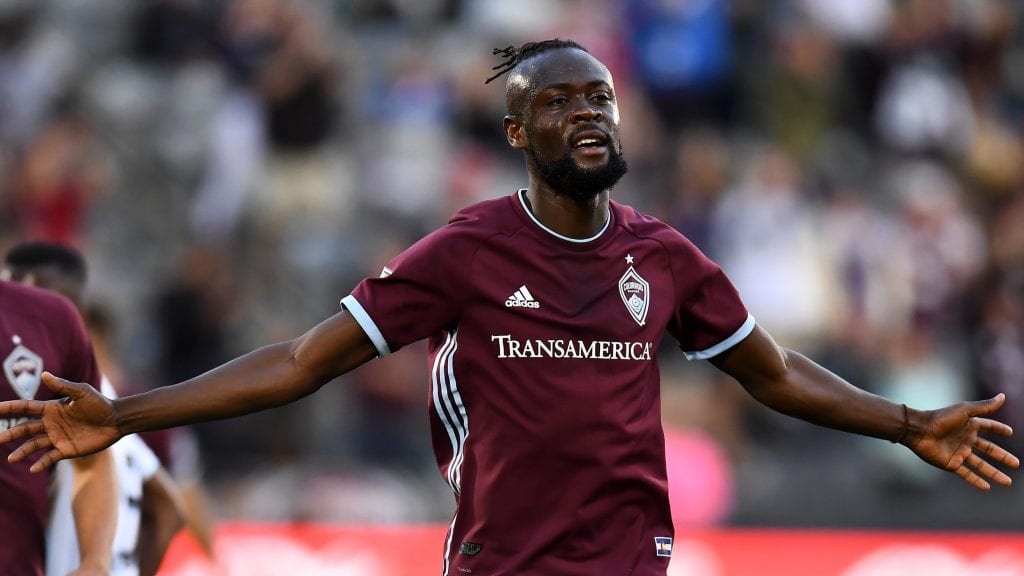 Kei Kamara is on the move once again, and this time he is heading to a team that just might giving him a chance to make another run at an MLS Cup.

The Colorado Rapids are trading Kamara to Minnesota United, sources confirmed to SBI on Friday. The details of the price being paid by Minnesota are unclear, but sources tell SBI the Rapids will receive a considerable amount of allocation money as well as a draft pick.

Kamara was in the midst of a promising season for the Rapids, having scored three goals, but with the Rapids also featuring a pair of young forwards in Diego Rubio and Andre Shinyashiki, the 36-year-old Kamara became expendable to Colorado.

Minnesota United has been in the search for forward depth and Adrian Heath has landed a proven MLS goal-scorer who should give the Loons some impressive depth now in a striker pool that also includes Luis Amarilla and Mason Toye. Injuries to Amarilla and Aaron Schoenfeld left the Loons needing another option up top.

“It’s something that we’ve spoke about, it’s something that we might have to look ,” Heath told reporters recently regarding the team’s need for a striker. “Do we bring somebody else in, because we can’t go until the end of the season with the thought of maybe one guy being fit at any given time.

“We can’t go on if Luis doesn’t get fit in the next few weeks and Aaron breaks down, so it’s something that we’ve looked at, something that we are looking at and if we can do something maybe we’d have a look at it.”

The Rapids had been actively shopping Kamara, who has not played in either of Colorado’s past two matches, and sources tell SBI  the Rapids were in talks with FC Cincinnati about a deal to send Kamara to Cincy in a deal including the top spot in the MLS allocation order, but that deal fell through, opening the door for Minnesota United to swoop in.

Kamara is currently fifth on the all-time MLS goal-scoring list with 129 goals. The 36-year-old Sierre Leone native will be joining his ninth MLS team.