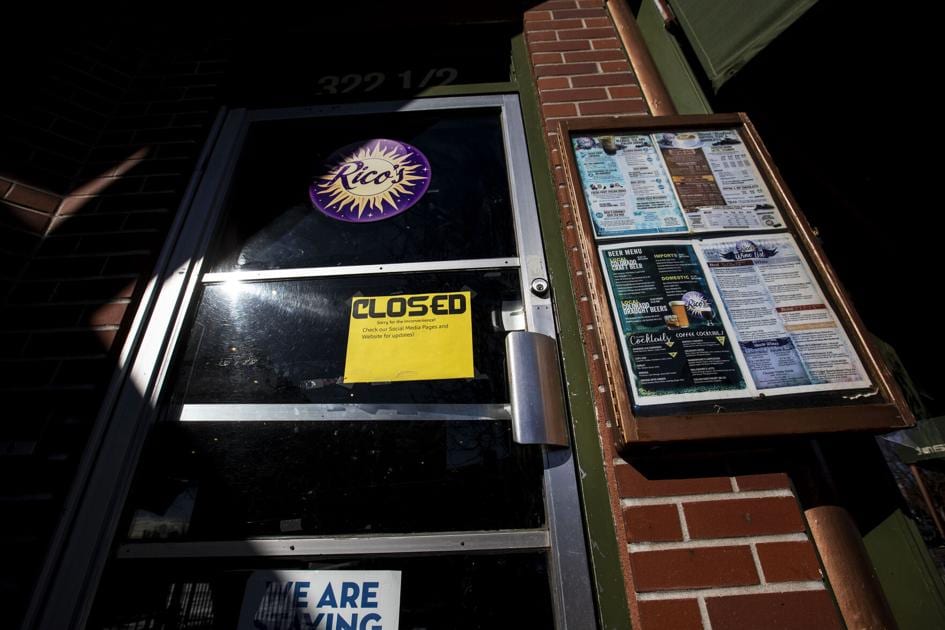 Three weeks after Colorado Springs-area restaurants were allowed to reopen their dining rooms at 25% seating capacity, some have kept their doors closed.

Sure, 25% capacity is better than nothing for many restaurants and allows them to generate additional revenue beyond what some were eking out from curbside and delivery service.

But for others, a quarter of their dining room customers isn’t worth turning on the lights, firing up the ovens and bringing back employees — especially with lingering uncertainty about whether the COVID-19 pandemic could force another full-scale closure.

“We are still hopeful to reopen once we feel like we’re in the clear,” said Dave Lavin of Fargo’s Pizza in Colorado Springs, whose wife, Paula, and brother-in-law, Evan Gardner, compose the restaurant’s ownership.

“We don’t want to reopen if things are still marginal, where we might have to close again,” he said. “So we’re kind of watching and waiting to see how things play out here. I’m hoping the vaccines and all that kind of get things turned around a little bit.”

Fargo’s, the popular, Old West-themed family restaurant northeast of Platte Avenue and Circle Drive, has been a Springs staple since it opened in 1973.

Like other area restaurants, its two-level dining room closed in mid-March after the state ordered the temporary shutdown of indoor dining areas to slow the spread of the coronavirus.

But Fargo’s, which Lavin said struggled financially for much of 2020, closed Dec. 6 and hasn’t reopened.

The decision to stay closed comes despite numerous messages of support on the restaurant’s Facebook page.

Fargo’s even received a solicitation from a potential partner who offered a cash infusion if the restaurant were to reopen now, Lavin said. The offer was rejected, however; the owners want to keep the restaurant family owned, he said. He declined to identify the suitor.

Fargo’s might not reopen until late spring, Lavin said. The owners would like to see a “clear signal that we are on the mend as far as COVID goes,” he said. They’d also like a higher seating capacity for their indoor dining room, though they’re not sure yet what that level needs to be, Lavin said.

“We just don’t want to take on the risk of opening and bleeding cash like we were … last year,” Lavin said.

Poor Richard’s Restaurant on North Tejon Street in downtown Colorado Springs, known for its pizza and other dishes, shuttered more than six months ago in early July and hasn’t reopened since, said owner Richard Skorman, a Colorado Springs city councilman.

Safety is a top priority, Skorman said; his restaurant has a dining area that’s only 18 feet wide, which makes it tough to seat enough customers and keep them socially distanced from each other and restaurant employees. He also had remodeled his kitchen to create more space for employees, but doing so gobbled up a portion of his dining room, he said.

Even after he reopened in late May and before he closed in early July, Skorman said he was losing thousands of dollars a month. In order to reopen now, Poor Richard’s probably would need an indoor dining room capacity of at least 75%, he said.

“The kind of business we are, it really isn’t that easy to do a 25% capacity and make it profitable,” Skorman said. “Even if we can get 50%, we’d probably limit it because we have such narrow spaces. It’s not like we can separate people well. And then we want to separate our employees, too. … The model isn’t feasible. We’re really based on higher volume.”

Skorman speculated he might not reopen until late spring or early summer. He’s in a better position than some restaurant owners because he owns his North Tejon building and doesn’t pay rent to a landlord.

Joseph Campana, the owner of several Springs restaurants including Bonny & Read, The Rabbit Hole and SuperNova, had kept his restaurants closed the past few weeks, but now is preparing for a return.

His STIR Coffee & Cocktails in the Bon Shopping Center on North Wahsatch Avenue reopened Jan. 15, and he plans to reopen the rest of his restaurants by Feb. 3, Campana said.

He’s betting that downward trends related to COVID-19 in Colorado — including a declining positivity rate, fewer hospitalizations and a slowing seven-day average of new cases — will continue.

As such, he hopes the local dining room capacity will rise to 50% by Valentine’s Day, which is typically a busy day for restaurants.

“We want to at least be open a week before that happens, just to get back in the groove of things again,” Campana said.

Buttermilk, a Breakfast Eatery, which is part of the Polaris Pointe shopping center on the Springs’ far north side, reopened Friday, said owner J.W. Roth.

Buttermilk is next door to another Roth restaurant — the Bourbon Brothers Smokehouse & Tavern, which reopened Jan. 8. His third business at Powers Pointe, the live-music Boot Barn Hall at Bourbon Brothers, remains closed for regular business; for the time being, Roth said he’s donating the venue’s space for use by a local church.

Reopening his restaurants at 25% capacity, however, won’t erase his financial losses, Roth said. His monthly expenses for utilities, insurance, property taxes and a small mortgage total $89,000, he said. With his dining rooms now partially open, he estimates he’ll cut that figure to $50,000 a month.