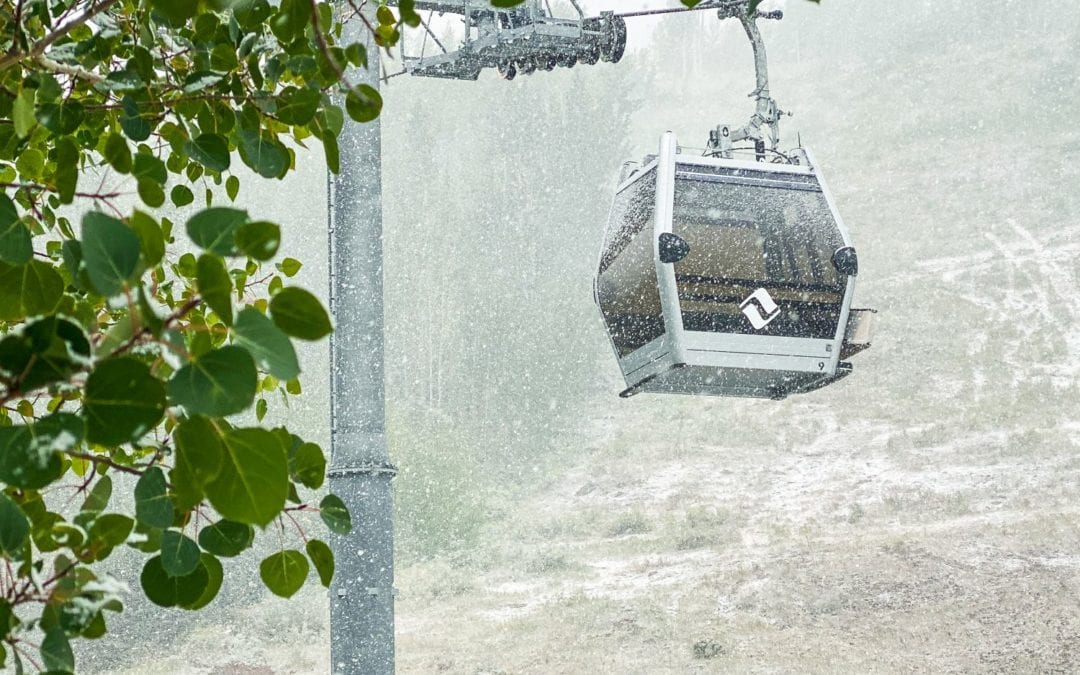 While no one is predicting our freak September snowfall portends an early start to the ski season, it certainly has resort operators excited about the change of seasons and approach of winter.

More than a foot fell on Monarch Pass, just up the road from the Monarch ski area, according to Deanne Littrell, who answered the phone this morning at the Monarch Crest gift shop atop the pass.

“It’s kind of hard to tell because the wind’s been blowing so hard, but I’m guessing maybe 14 inches,” Littrell said. “We need the moisture, so we’re very happy to have it. It’s very dry here.”

Later in the day, Monarch posted on Facebook that it had at least 18 inches and more was dropping.

Many mountain locations across the state reported 4-6 inches of snow. The Snowmass ski area received 8 inches high on the mountain and four inches at the bottom, according to Aspen Snowmass spokeswoman Tucker Vest Burton. The snow stake where Snowmass records official snow totals was showing 6 inches Wednesday morning.

Up the road at Ski Sunlight near Glenwood Springs, spokesman Troy Hawks reported 5 1/2 inches, with more at the top of the mountain.

Here’s to more morning views like these. We received nearly half a foot out of that storm. We open in 9⃣3⃣ days, unless… pic.twitter.com/FeSvKBfqB0

“While we don’t anticipate this snow will last, except in the most secret of secret stashes, it certainly has lifted spirits not only here at Sunlight but throughout the Roaring Fork Valley,” Hawks said.