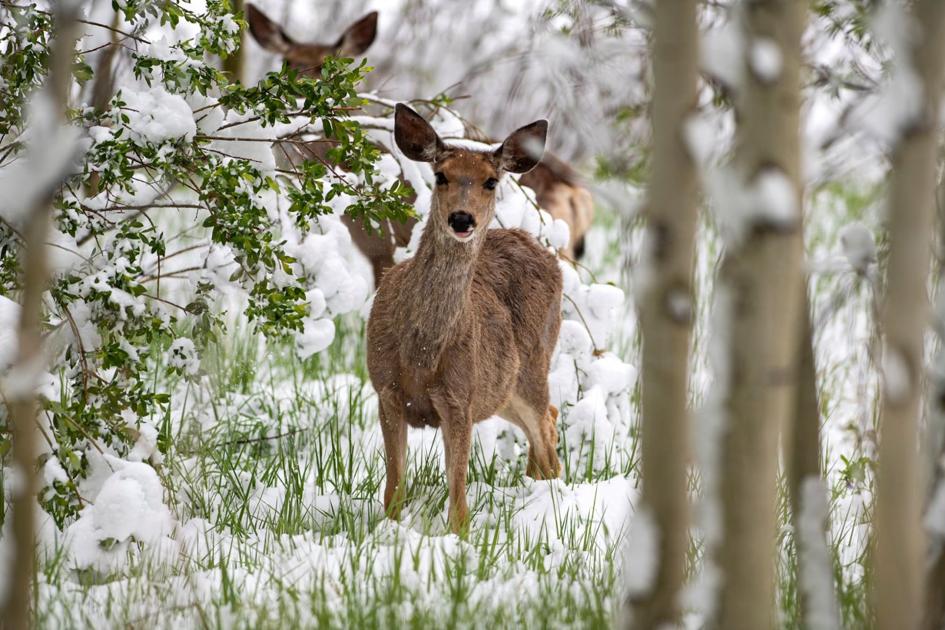 Get ready for what could be a wild weather ride this week, likely impacting the first official day of summer for Coloradans on Saturday, June 20. From high fire danger to a risk of large hail and possible snow, be prepared for a range of scenarios while making weekend plans.

Here’s a look at what could happen around the state:

Elevated fire risk conditions are expected for Thursday, with southwest winds gusting up to 30 mph, relative humidity values in the single digits, high Haines indices, and dry fuels. Fire bans remain in effect for several areas across the southwest. Counties, including Park and Chaffee, also have some restrictions in place.

Cooler today with late day showers and storms in the mountains, foothills and adjacent plains. pic.twitter.com/AOQAMxcCr7

Parts of the state also have an increased chance of thunderstorms on Thursday. Evening thunderstorms developing over the southeast plains could produce strong winds gusting up to 60 mph and cloud-to-ground lightning strikes. Higher elevations, including the northeast and north-central mountains, could see a few inches of snow.

Friday’s forecast calls for thunderstorms. Lightning and strong wind gusts are expected. There’s also a chance of severe storms producing gusts of up to 60 mph and quarter-sized hail, mainly over the southeast plains in the late afternoon and evening.

Red Flag Warning in effect over the San Luis Valley from 1p-8p today. 60 mph winds form tstorms are possible over the southeastern plains. Otherwise, widespread showers an tstorms are expected over the mtns and plains. Marginal Risk for severe weather on Fri/Sat. #COwx #Colorado pic.twitter.com/Z3WXx3lpHJ

For the western corner of the state, back-to-back days of thunderstorms (Thursday to Friday) could bring gusty winds and some lightning to higher terrain. While the storms may roll in, hot and dry weather is expected to make a comeback late this weekend into early next week.

Thunderstorms will be possible each afternoon and evening from Saturday through Monday, along with gusty winds, lightning, and hail, mainly over the central and eastern mountains as well as adjacent lower elevations.