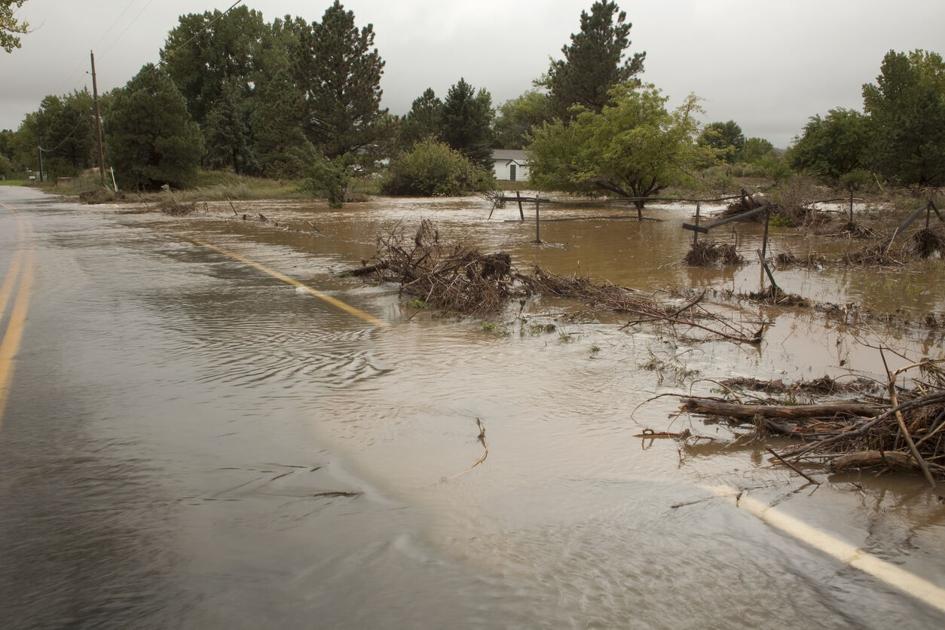 Some areas in Colorado are getting no respite from severe storms during Memorial Day weekend, including snow and flooding in the forecast.

In central, east central, south central, and southeast Colorado, strong to severe thunderstorms are forecast. These areas include the southeast mountains, the Interstate 25 corridor, and Las Animas and Baca counties Sunday afternoon.

Mountain peaks above 11,000 feet are forecast 2 to 6 inches of snow overnight Sunday.

In northeast and north central Colorado, light to moderate rain is expected through Sunday night from the Front Range to eastern areas.

Snow is expected over the higher mountains in these parts of the state. Accumulations of up to 6 inches are possible above 11,000 feet, with minor accumulations as low as 10,000 feet late Sunday.

The National Weather Service issued a severe thunderstorm warning and a flash flood watch for many southern areas of Colorado Sunday.

The severe thunderstorm watch is in effect as of noon Sunday for Baca, Bent, Costilla, Crowley, Custer, Huerfano, Las Animas, Otero, and Pueblo counties. These counties are in south central, south east, and southern Colorado.

The watch is set to expire at 6 p.m. as of the time this article was published. Check with the National Weather Service for updates on weather.

A severe thunderstorm watch has been issued for parts of Colorado and New Mexico until 6 PM MDT pic.twitter.com/0Q9naEkTWq

Abundant low level moisture is forecast to combine with a weather system, producing widespread showers and thunderstorms across the southeast mountains of Colorado Sunday afternoon, the weather service said in a flash flood watch.

Threats from severe thunderstorms in the forecast include hail up to 2 inches in diameter, 60 mph winds, an isolated tornado in Las Animas County, and flash flooding.

Strong to severe thunderstorms will be possible once again this afternoon and evening across southeast Colorado. Large hail up to 2 inches in diameter, damaging wind gusts to 70 mph and an isolated tornado will all be possible. #cowx pic.twitter.com/xrkfZffv8L

The storms are capable of producing locally heavy rainfall, potentially resulting in flash floods. Burn scars are at a stronger risk of flash flooding and debris flow. The Junkins, Decker, Hayden Pass, and Spring burn scars are included in the flash flood watch Sunday.

At time of writing, the flash flood watch is set to expire at 10 p.m.

Meteorologists warn of high flows from burn scars that can cross roadways and cause debris flows and mud slides. Drivers are suggested to not drive through fast flowing water.

A Flash Flood Watch means that conditions may develop that typically lead to flash flooding. “Flash flooding is a VERY DANGEROUS SITUATION,” the report said.