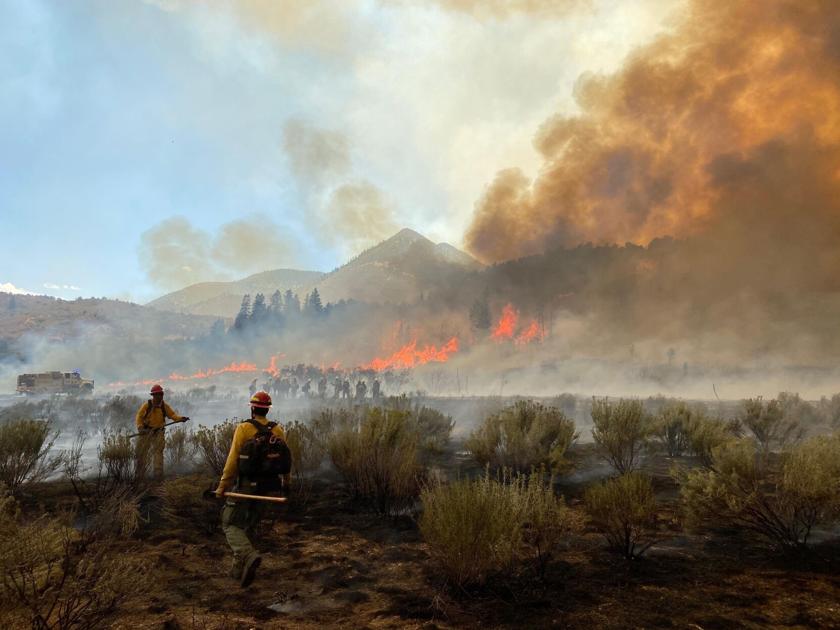 Wildfire smoke continues to expand across the central and western U.S. Images taken from GOES16 at 4 PM Sunday and 4 PM Saturday for comparison. If you are sensitive to wildfire smoke, you may want to limit your time outdoors. #cowx pic.twitter.com/aKI4ahgRMQ

The majority of the advisories are set to remain in effect for 24 hours, from 9:00 a.m. on Monday through 9:00 a.m. on Tuesday. There is a possibility for extension.

If visibility is less than 5 miles due to smoke in your neighborhood, the smoke has reached levels that are unhealthy. The CDPHE recommends staying indoors, especially for those with heart disease or respiratory illnesses. The same applies to the very young and elderly.

Much of CO remains under an Air Quality Heath Advisory for Ozone, Fine Particulates (smoke), or both until at least Monday afternoon! Take it easy and stay inside if possible. #BetterAir #JustSkip2 https://t.co/y67j4L0K8R pic.twitter.com/EsC8eJKZGF

According to the advisories, smoke from the Williams Fork Fire will likely impact areas along Ute Pass Road, Williams Fork, Larimer County, and other locations along the Front Range.

Ozone and fine particulate concentrations could both reach unhealthy for sensitive groups at times through at least the afternoon, with the greatest air quality impacts in the Denver Metro area, and northward along the I-25 corridor to Longmont, Fort Collins, and Greeley. This includes areas west of I-25 within the lower foothills, especially in Larimer County.

Meanwhile, heavy overnight smoke from the Grizzly Creek Fire will remain possible for locations along Interstate 70 in central and eastern Garfield County.

An ozone advisory is in effect for #RMNP (both east & west sides) for the remainder of the afternoon and evening through midnight Aug 24, 2020. Ozone pollution in the park has reached or is expected to reach unhealthy levels for sensitive groups during this period. ks