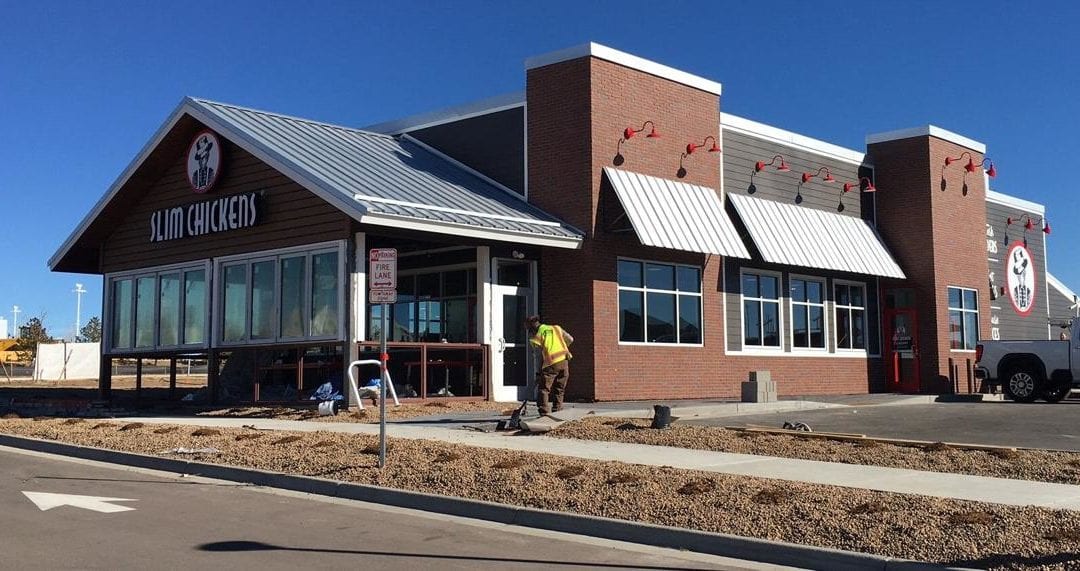 Slim Chickens, the latest entrant into the crowded field of chicken restaurants flocking to the Pikes Peak region, opens its first Colorado Springs location at 10:30 a.m. Friday on the city’s north side.

The Arkansas-based, fast-casual chain will operate out of a 3,200-square-foot building in the Victory Ridge development, southeast of InterQuest and Voyager parkways. Slim Chickens is just east of In-N-Out Burger, which opened in November at Victory Ridge.

It joins Chick-fil-A, KFC, Popeye’s and Raising Cane’s Chicken Fingers, among others, as sit-down, fast-casual and fast-food brands that specialize in chicken in Colorado Springs.

“There’s definitely room for all of those players in the market,” said Byron Wheeler, president of Castle Rock-based L.O.V.E. Restaurant Group, Slim Chickens’ franchisee in Colorado and Utah.

Slim Chickens’ Southern-inspired menu features all-natural chicken tenders that come from the tenderloin portion of the chicken; tenders are marinated in buttermilk, hand-breaded and cooked to order, and diners can choose from 17 house dipping sauces, Wheeler said.

Wheeler said he’s a big fan of some of the other chicken restaurants that serve the Springs, but thinks Slim Chickens and its Southern hospitality will have plenty of appeal.

Slim Chickens will have combined dining room and patio seating for 114 people, though indoor dining will operate at 50% capacity because of COVID-19 pandemic restrictions, Wheeler said. Its patio is enclosed and heated and can be used year-round, he said.

The restaurant, which will employ 84 people, also has a drive-thru and will offer curbside service for customers who order online or on the Slim Chickens app, he said. The restaurant will be open from 10:30 a.m. to 10 p.m. daily.

Slim Chickens will continue to operate a food truck that had served the Springs before the opening of the brick-and-mortar restaurant, Wheeler said That food truck also will help the restaurant with some of its larger catering orders, he said.

Wheeler already has his sights set on expansion; he said he expects to open at least one more Slim Chickens this year in the Colorado Springs area.

His L.O.V.E. Restaurant Group also has opened locations in Aurora and Centennial and plans a total of 30 sites in Colorado and Utah.

Slim Chickens’ location near In-N-Out Burger will be a boost to the new restaurant, Wheeler said. Customers who patronize In-N-Out typically like Slim Chickens and vice versa, he said.

“In-N-Out Burger has definitely brought more traffic to this side of town,” Wheeler said.

“Our customer is typically an In-N-Out customer. They trade well together. We’re just happy to be able to bring some more diversity to this growing side of town.”