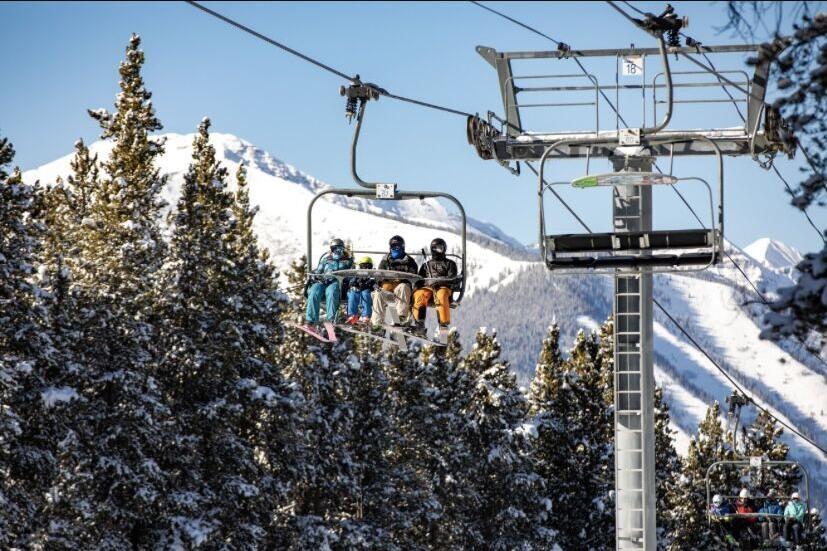 Under Colorado law, ski area operators may shield themselves from liability lawsuits by having customers sign away their rights to sue in the event of injury, a Court of Appeals panel decided last week by a vote of 2-1.

The decision touched on whether skiers were, in the words of Judge John Daniel Dailey, “wholly at the mercy of ski industry employees” for their safety by agreeing to not hold companies responsible.

“This is done all across the state of Colorado in various ski areas,” said Bradley A. Levin, one of the attorneys litigating the case. “Everyone is doing this, which is basically writing away their responsibility.”

The General Assembly passed the Colorado Passenger Tramway Safety Act in 1965 to regulate vehicles including lifts in ski areas. Part of the regulations require lift attendants to monitor passengers’ use of the vehicles and respond if a problem occurs. Then, 14 years later, the Ski Safety Act defined the legal responsibilities of ski area operators and skiers themselves.

As currently written, the Ski Safety Act prohibits skiers from holding operators liable for injuries that result from “the inherent dangers and risks of skiing.” The law does not, however, prohibit liability for a ski operator’s negligence.

The court case at hand arose from when Charlotte Redden was a passenger on a lift in the Loveland Ski Area of Clear Creek County on March 3, 2017. Another skier in front of her fell down when attempting to disembark, but an attendant did not halt the lift. Redden saw the fallen skier only too late when it was her turn to disembark. She could not move around the other skier, and her lift chair knocked her down and injured her.

Redden sued the owner of the lift, Clear Creek Skiing Corporation, but the company pointed to two exculpatory agreements — or waivers: one she signed when she purchased her ski boots and another on the back of her lift ticket, which she had not signed.

The signed agreement stated that “a skier voluntarily assumes the risk of injury in connection with certain inherent dangers and risks of skiing” and, in all capital letters, “THE UNDERSIGNED AGREE NOT TO SUE” for injury or death. The unsigned waiver contained similar language, and under Colorado law a signature is not required for someone to accept the terms of a contract.

Redden argued the waivers were unenforceable, and ran contrary to the public policy goals of the Ski Safety Act and Passenger Tramway Safety Act.

“Nothing in this section shall be construed to limit the liability of the ski area operator for injury caused by the use or operation of ski lifts,” quoted Redden’s attorney, Nelson A. Waneka, from the Ski Safety Act during oral argument.

“That doesn’t answer the question of whether parties could themselves could agree to limit liability,” Dailey countered.

Kimberly A. Viergever, the attorney for Clear Creek Skiing Corporation, added that the Colorado Passenger Tramway Safety Board, which primarily regulates ski equipment, could impose fines or shut lifts down for rule violations.

“This is a recreational setting. People do not have to participate in it. They can walk away,” she said.

Siding with Viergever, the Court of Appeals panel’s majority found skiing not to be an essential service with public policy implications. Because skiing is a recreational activity, the court also dismissed Redden’s further argument that the contract was not fair because it held “a person’s property hostage until they sign a waiver,” referring to the purchase of her ski boots.

The appellate judges agreed on principle with the federal appeals court based in Colorado, which found “an individual engaging in a recreational activity, unlike an individual who seeks to obtain housing or other necessities of life, is not constrained to participate and accordingly may opt out of an activity if he is unwilling to accept exculpatory terms.”

“Redden overlooks the long list of parties mentioned in the paragraph that she released from ‘any and all liability’ by signing the agreement,” wrote Dailey, listing Clear Creek Skiing Corporation, equipment manufacturers and distributors, “affiliated organizations and companies, and each of their respective insurance carriers, agents, employees, representatives, assignees, officers, directors, and shareholders.”

Although the General Assembly has chosen to bar liability waivers for other issues, the court found “the legislature’s silence” for ski areas an indication that lawmakers were satisfied with the status quo. However, Dailey did not believe this meant skiers’ safety was “wholly at the mercy of ski industry employees,” noting that liability waivers did not shield against grossly negligent and reckless conduct.

“There has been a continual shift of liability away from ski areas and onto skiers,” said Waneka after the ruling. The General Assembly “has to speak out on whether ski areas can immunize themselves for lift-related injuries. They happen every year at every resort.”

The ski industry is a powerful presence in Colorado. A 2015 analysis showed an economic impact of $4.8 billion, and support for 46,000 jobs. At the same time, statistics from 2018 to 2020 showed an average of 10 patients per day arrive in emergency rooms for skiing or snowboarding injuries during the season.

Former Chief Judge Janice B. Davidson, who sat on the panel at the chief justice’s assignment, agreed “reluctantly” that the waivers prevented Redden from suing for negligence, despite believing such agreements undermined the Ski Safety Act.

However, she did feel the law both allowed for waivers of liability while also holding operators like Clear Creek Skiing Corporation liable for violations of the Ski Safety Act itself. Redden’s allegation that the ski lift attendant did not monitor and respond to the fallen passenger could constitute a violation for which a lawsuit was appropriate, Davidson explained.

“How can you waive away all of that? What’s the meaning of the Ski Safety Act and the Passenger Tramway Safety Act if you can waive it away? That’s my bottom line,” she observed at oral argument.

The appellate court dismissed Redden’s lawsuit. Viergever called the ruling “well reasoned and consistent with legal precedent and the legislative intent.” Levin and Waneka indicated they planned to appeal the Court of Appeals’ decision to the state Supreme Court.

Bruce Braley, a Denver-based attorney who filed a brief supportive of Redden, echoed the call for the General Assembly to reverse the decision. “Neither the legislature nor the [tramway safety board] intended immunity from liability for ski area operators beyond the scope of the inherent risks of skiing,” he said.