Six months after Colorado’s first coronavirus case, here’s how we compare to other states 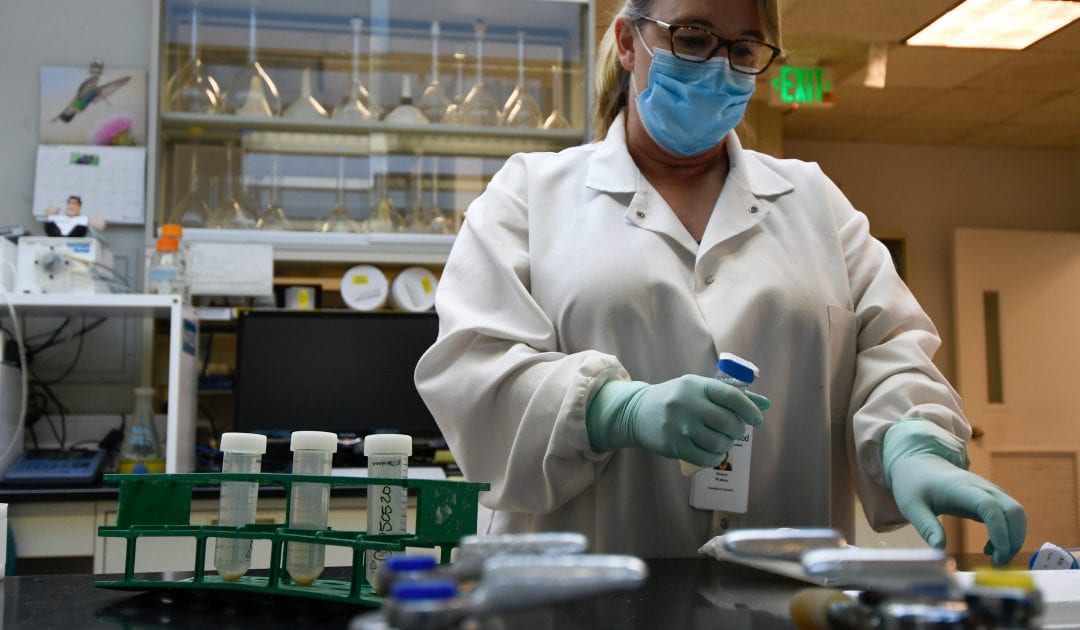 Saturday marks six months of the coronavirus pandemic in Colorado, half a year since Gov. Jared Polis announced the first two confirmed cases of COVID-19 in the state.

But, as tumultuous as it has been, state health officials say it has also been six months of learning. Today, they say they have a better understanding of the coronavirus, how it behaves and how to thwart its spread.

“In a lot of ways, from a pandemic perspective, the virus is becoming more predictable,” said Dr. Eric France, the Colorado Department of Public Health and Environment’s chief medical officer. “And we’re kind of understanding what it takes to try to keep it under control.”

At first, France said, the state had a policy toolbox full of largely untested gear. State law gave health authorities the ability to order quarantines, tell businesses to close, restrict movement and seize needed medications. But these interventions hadn’t really been used against a pandemic, at least not in modern times. Every new public health order that was issued struck a path into the unknown.

“Each time we did it, it was a very difficult decision to make,” France said. “We weren’t always clear about what the impact would be. Would this work? It would have a profound economic impact. So we were in this space where you are trying stuff out, for the first time in many ways.”

Despite this uncertainty, France said he is proud of the work state health officials have done. Today, he said, Colorado is better at treating coronavirus patients; the combination of new medicines, new treatment techniques and an evolved understanding of the virus means the state has yet to come close to running out of ventilators, for instance. The public health interventions to slow the virus’ spread can be more narrow and targeted. Health officials are more confident now.

But they also know there’s still a lot to learn.

Dr. Rachel Herlihy, the state epidemiologist at CDPHE, said there is ongoing uncertainty about how long people who have been infected with the coronavirus might remain immune — and some emerging evidence that reinfection is possible. She said the state is also still “dialing in” the balance between opening the economy and maintaining control of the virus.

“I think (there are) many, many questions still to answer, but certainly we’ve come a long way in six months,” Herlihy said.

France said colder temperatures in the coming months will present new challenges — telling people to spend more time outside, where risk of viral transmission is lower, might not work as well. There are questions about how the pandemic will overlap and interact with the cold and flu season. There is uncertainty about whether reopening schools to in-person learning will lead to an increase in cases.

“So, a lot of learning over the last six months,” France said. “It’s clear there’s going to be a lot of new learning as we look at the next six months.”

Here’s how Colorado is doing compared to other states so far:

There have been more than 58,000 documented cases of COVID-19 in Colorado, placing us about in the middle of the pack nationally. But the states with the most total documented COVID-19 cases — California, Texas, Florida and New York — are also those with the largest populations, in general.

When looking on a proportional basis, Colorado ranks 40th among nationally for the number of COVID-19 cases that have been reported, with roughly 10,000 cases for every 1 million people who live here. (All of these rankings exclude the District of Columbia and U.S. territories.) The nationwide rate is about 18,600 cases for every 1 million people, according to the Kaiser Family Foundation.

Through Thursday, 1,861 people have died due to COVID-19 in Colorado.

By another count — the number of people who had COVID-19 who died — the number is 1,955. Some in this group may have died of other causes, but it is also possible that a delay in finalizing death certificates accounts for the gap between the two numbers.

Either way, the number of people who have died from COVID-19 in the past six months is roughly equivalent to the entire population of the Eastern Plains town of Ault.

When comparing the number of deaths to the total number of coronavirus cases documented, Colorado’s fatality rate from the virus is 3.37%, 14th-highest among all states. The national fatality rate is 3.04%.

Testing in Colorado is behind the national average

One explanation for why Colorado’s COVID-19 fatality rate is so high may be that the state has not done the best job of identifying cases, relative to other states.

Nationally, there have been 239 tests run per every 1,000 people. In Colorado, though, there have only been about 175 tests per 1,000 people, ranking the state 38th nationally for testing. The state passed the 1 million test mark a few days ago, and the percentage of tests coming back positive is low — a suggestion that there is adequate testing in Colorado currently. But the state struggled to perform tests early in the pandemic.

The unemployment rate is better than in most states

Colorado had a historic-low unemployment rate of 2.5% in January, before the pandemic hit. It peaked above 12% in April.