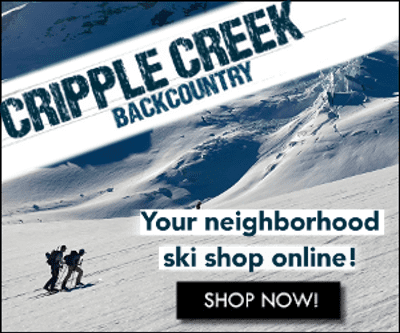 Weighing risk and social responsibility when skiing is calling

Last week a good friend of mine based in Sante Fe, New Mexico went for a ski tour in one of her favorite zones. The day was warm, the snow was stable. While parking at the trailhead, she accidentally wedged her truck into soft snow and got it stuck. Not a great omen for the day, but she didn’t let it stop her from skiing.

She chose the area because it tops out at about 23 degrees, is frequented by other people (she often skis there solo) and she has cell service. All in all, she had calculated her risk as she would for a typical backcountry ski day. At the top of the run, she found soft snow amongst shady evergreens, but once she hit sunny mid elevations, her tails sunk as she hit isothermic snow. After a few arduous turns she began asking herself: what the hell am I doing here? What if I got hurt and had to take up a bed at the hospital?

“It was soothing to be in the backcountry,” my friend reported, “but at some point, it just began to feel irresponsible.” She picked down the rest of her run, recruited some nearby skiers to help dislodge her truck and headed home.

As the urgency of addressing the Coronavirus epidemic has evolved at a dizzying pace over this last week, those questions take on increasing urgency as well. When Colorado’s ski resorts closed on March 13 and a six-foot personal bubble became designated safe space, it was easy to smile and embrace social distancing by heading to the hills.

Scrolling through the WildSnow Instagram feed last week, I spotted posts with the #socialdistancing hashtag that featured skiers dropping into remote couloirs and steep lines in ranges throughout the state. (WildSnow also put up our own posts encouraging people to enjoy the mountains through social distancing). While chatting with friends — before we were banned from gatherings of more than 10 people — I caught wind that local folks were attempting, some successfully, North and South Maroon peaks. And why not? The impacts of Coronavirus at that time did not seem so imminent in our local communities. Ski areas had shut down, people had free time, avalanche danger was low, and conditions were as good as you could hope for in March.

As a less risky alternative, many skiers, including us at WildSnow flocked to the closed ski areas still open to uphill traffic. The wide open slopes of varying difficulty provide the perfect human powered alternative to riding lifts, as well as much needed mental reprieve from the news. But in light of medical resources being putting increasingly under duress, one has to wonder: is backcountry skiing, or uphill skinning really a socially responsible activity during these times of limited medical resources?

Some organizations have taken it upon themselves to restrict access. In parts of the Europe, particularly France, Italy and Austria, access to the mountains is banned all together in an effort to prevent even the chance of an accident that could take resources from fully overwhelmed medical infrastructure. (And, shout out to our friends in Europe who’ve commented with updates on the situation. We hope things improve for you soon). Recently, mountain rescue groups in Canada began issuing statements warning backcountry recreationalists from making risky moves in the mountains. Just yesterday, Vail closed its ski areas to uphill traffic, citing that the lack of terrain control and ski patrol makes the area unsafe for recreational users.

“We get that you love the outdoors — it’s why you, why we — all live and recreate here. But we also bet that you love your community more. So please respect the ski area closures, and try to stay out of the backcountry altogether, until further notice.
Vail Health personnel and first responders on the front lines of this epidemic are focusing all available resources on dealing with the COVID-19 pandemic. An injured skier/snowshoer/snowmobiler requiring emergency medical treatment will be redirecting resources from this response.”

Here in the Aspen area, we are lucky to still wander into our snowy mountains at will, which for many of us is the default place to escape and quiet the news cycle noise. Our local and national economies are shutting down but otherwise it’s business as usual when it comes to outdoor recreation. That’s where most of us prefer to be any way. But we need all take care in how (or whether) we approach our sojourns in the hills.

To get another take on the matter, I reached out to our local Mountain Rescue Aspen. WildSnow blogger and MRA member Jordan White gave me the lowdown:

“I’d like to say we understand because we’re all backcountry enthusiasts ourselves,” he began, “But you definitely want to make decisions right now that have the absolute best possible outcome. You want your decisions to be such that if something does happen, it’s an absolute freak occurrence, like it wasn’t a 50/50 decision on an avalanche slope or you weren’t hucking cliffs or anything. It needs to be something that if you arm chair quarterbacked later you’d say ‘well, was this a preventable risk?’

He continued “At Mountain Rescue Aspen, we’re still rescue ready, we’re certainly not not going to come for you. But just know if you do have to call us you’re putting strain on an already strained medical infrastructure in the state right now.”

As mountain community members, we pride ourselves in self sufficiency, avalanche awareness, the ability to make judgement calls about our own safety — these are all things we practice on the regular. But, at this particular moment in time, the effects of our actions reach far beyond our immediate company and surroundings. This is not a matter of social distancing; we’re all good at that. It is a matter of managing risk in the outdoors in a new and heightened way. The mountains aren’t going anywhere, that’s part of what makes them so great in the first place.

Going into the mountains is always a choice; getting accidentally injured or sick is not. So, sure, let’s all stay sane and get outside, but for the greater good of all, do it responsibly and with as little risk as possible.

This is a dense and fraught topic. I welcome comments but will delete those deemed condemning or not constructive. There’s enough negativity in the world right now. No need to breed more of it here.