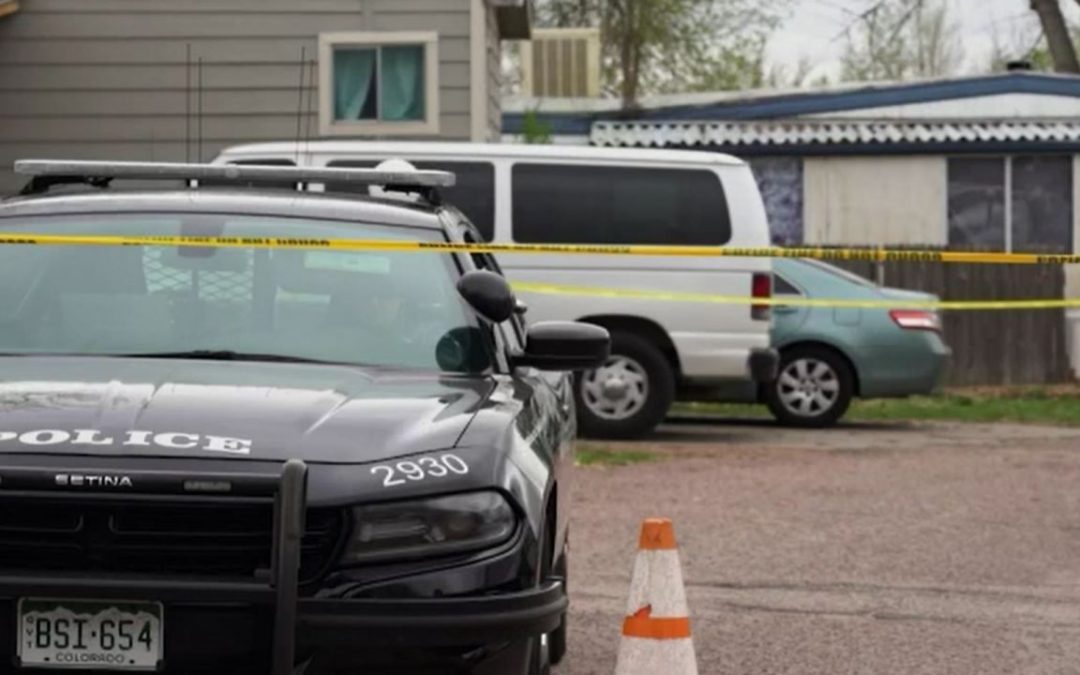 Six people were killed when a man opened fire during a birthday party in Colorado Springs before turning the gun on himself. FOX News’ Brandon Thompson reports.

The shooting happened just after midnight in a mobile home park on the east side of Colorado Springs, police said.

Officers arrived at a trailer to find six dead adults and a man with serious injuries who died later at a hospital, the Colorado Springs Gazette reported.

A picture of the crime scene after a gunman opened fire at a birthday party in Colorado, slaying six adults before killing himself. (Credit: KXRM)

The suspected shooter was the boyfriend of a female victim at the party attended by friends, family and children. He walked inside and opened fire before shooting himself, police said.

The birthday party was for one of the people killed, police said.

Neighbor Yenifer Reyes told The Denver Post she woke to the sound of many gunshots.

Police brought children out of the trailer and put them into at least one patrol car, she said, adding that the children were “crying hysterically.”

Authorities say the children, who weren’t hurt in the attack, have been placed with relatives.

Police on Sunday hadn’t released the identities of the shooter or victims. Authorities say a motive wasn’t immediately known.

“My heart breaks for the families who have lost someone they love and for the children who have lost their parents,” Colorado Springs Police Chief Vince Niski said in a statement.

It was Colorado’s worst mass shooting since a gunman killed 10 people at a Boulder supermarket March 22.

“The tragic shooting in Colorado Springs is devastating,” Gov. Jared Polis said Sunday, “especially as many of us are spending the day celebrating the women in our lives who have made us the people we are today.”

In 2015, a man shot three people to death at random before dying in a shootout with police in Colorado Springs on Halloween. Less than a month later, a man killed three people, including a police officer, and injured eight others in a shooting at a Planned Parenthood clinic in the city.