She was awaiting her Colorado Ballet curtain call. Coronavirus delayed the dance, for better and worse. 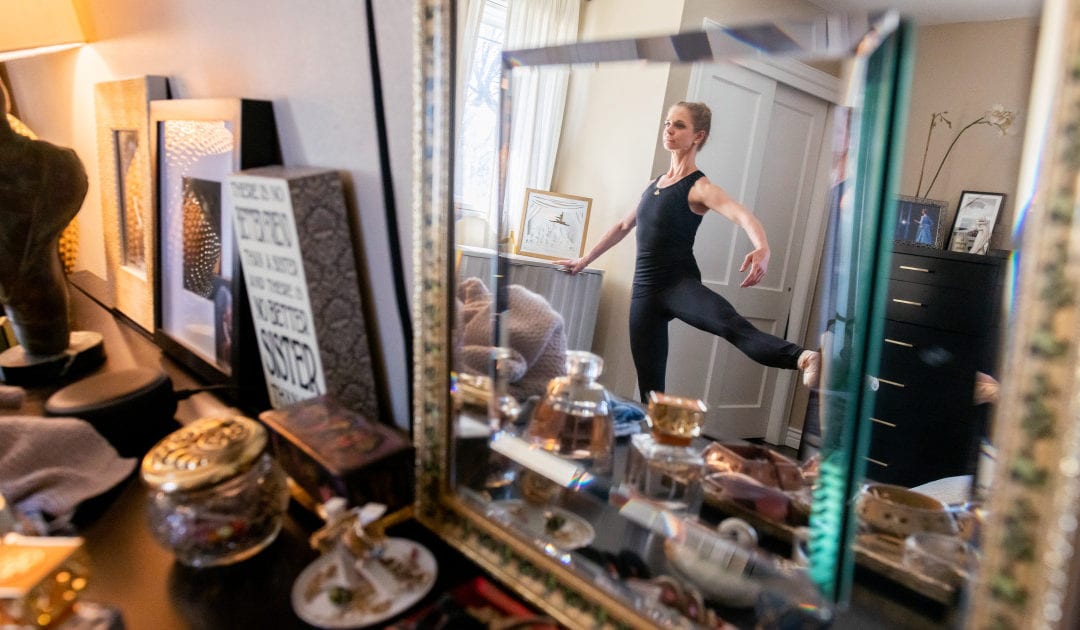 Chandra Kuykendall, a longtime ballerina with the Colorado Ballet, was set to give her final performance at the Ellie Caulkins Opera House, replete with ceremony, flowers and a standing ovation. And then she got an email.

Suddenly, the carefully choreographed end to Kuykendall’s 22-year career was swept up in the vortex of the coronavirus pandemic, adding a note of aching dissonance to her coda.

But it also offers a sign of hope as Kuykendall and the ballet company look beyond the disease’s turmoil to a happier ending.

The day had begun like most others: Kuykendall, 41, left the home in Englewood she shares with her husband and two sons for the company’s Armstrong Center for Dance on Santa Fe Drive in Denver. It was Friday, March 13.

A dancer’s day starts with class, 90 minutes or so of tuning and calibrating the body, beginning with small steps to stretch and warm the muscles and ending with explosive jumps across the studio. Then rehearsal begins.

The company was preparing for its final bill of the season, and Kuykendall, a principal dancer, was slated to perform in two ballets: the classically inspired “Theme and Variations” and then her finale in the edgier, modern work, “Petite Mort,” a ballet Kuykendall said is “on every dancer’s bucket list.”

“We went to class and rehearsal in the morning, and at lunch, we got an email we were going to have a meeting,” Kuykendall said. That afternoon Gil Boggs, the company’s artistic director, announced the rest of the season was being canceled because of the pandemic.

Kuykendall arrived at the Colorado Ballet Academy in 1988, when she was 9 and has danced with the organization ever since, save for a year with the Leipzig Ballet in Germany.

It was on a summer day in 1996 that Kuykendall, then 17,  knew she was going to be a ballet dancer — or at least, voiced it aloud for the first time. It was just before her senior year in high school.

Her mother was driving her back to their home in Parker from a Bolshoi Ballet Academy summer intensive camp in Vail.

“Mom was talking to me about ACTs and SATs, and I turned to her and said, ‘You know I am not going to college,’” Kuykendall remembered. “She pretty much knew. My parents have been very supportive.”

She joined the company’s corps de ballet after graduating from high school.

Boggs took the reins of the company in 2006. In 2007, after the curtain had come down on a performance, he walked out to the stage and announced to the dancers that Kuykendall was being promoted to principal dancer. It was, she said, one of the proudest moments of her life.

“She became one of the leaders of the company,” Boggs said. “She danced major roles in every one of our productions … She was a key person in the organization.”

As a principal, Kuykendall danced as the broken-hearted and mad Giselle and the doomed princess Odette in “Swan Lake.”

In 2000, she met Rob Kuykendall, another dancer in the company, and in 2005, they were married. Five years later, they bought a ballet school in Centennial, the Denver Academy of Ballet, which Rob Kuykendall has run since his retirement from ballet.

A dancer is always at risk of a career-ending injury, but save for one knee operation in 2009 – from which she rebounded in four months to dance “Swan Lake” – Kuykendall has escaped any serious damage.

Pregnancy was another story. There was a time when marriage and certainly pregnancy spelled the end of a ballerina’s career.

Kuykendall had her first baby, a boy, in 2010, and another boy 21 months ago. “It was challenging coming back,” she said. “You have to be very forgiving of your body and how it has changed.”

Dancers are always striving to achieve an unattainable level of perfection. “It leads to a lot of self-doubt,” Kuykendall said.

On March 8, the Colorado Ballet had what turned out to be its final performance of the season. Kuykendall danced in the ballet “Feast of the Gods,” which was created especially for the company. When a ballet is created “on” dancers, it holds a special place for them.

“Dancing ‘Feast of the Gods’ that day was almost like an out-of-body experience,” Kuykendall said. “I didn’t know it was going to be my last performance, but I shed a couple of tears when I got off stage and my partner, Christopher Moulton, hugged me. I sensed it was a poignant moment.”

Then, on Friday the 13th, came Boggs’ meeting. He also announced that the company’s 32 dancers and the 22 dancers in its second company would be paid through the rest of the season, as would the 49 musicians who were scheduled to play for the final performances.

“We were in a good position,” Boggs said. “We had pretty much wrapped up our season. Some companies go till May or June.” Ticket receipts for the season fell just about $100,000 short of the $4.8 million goal, he said.

That, however, is not the end of Kuykendall’s story. The plan is for one more dance and a final bow.

She was ready to rest, but now rehearses alone at home

At the end of a final performance, the artistic director comes out with a bouquet, then company officials with more flowers, then former dancer partners and family all with flowers as applause washes over the stage.

“It is a big deal for a dancer,” Boggs said. “I know when I took my final bow as a principal with the American Ballet Theatre on the stage of the Metropolitan Opera House, it meant a lot to me.”

He’ll make sure the same thing happens for Kuykendall.

“Chandra has been around this organization for 22 years, we’re trying to make it a big deal,” Boggs said. “As soon as we are able to get back on stage at the Ellie Caulkins, we are going to give her one more performance.”

This has put a welcomed retirement on hold.

“I am looking forward to spending more time with my boys and husband,” Kuykendall said. “Rob and I have been on opposite schedules with me dancing during the day and him teaching till 9 p.m. at night.”

For now, there is no rest. Kuykendall has purchased a stationary bike and every day she does the footwork and combinations done in class, except a dresser fills in for the ballet barre.

She has no idea what happens next. “All I know is that the Colorado Ballet will do something for me, but what and when is TBD,” Kuykendall said.

The only thing she knows for certain is there will be one more dance.