by Mark Craddock
OUR WORLD — On Dec. 9, the Huerfano County Commissioners enacted stage-one fire restrictions, prohibiting almost all opening burning in the county.

On its face, there is nothing new in that. 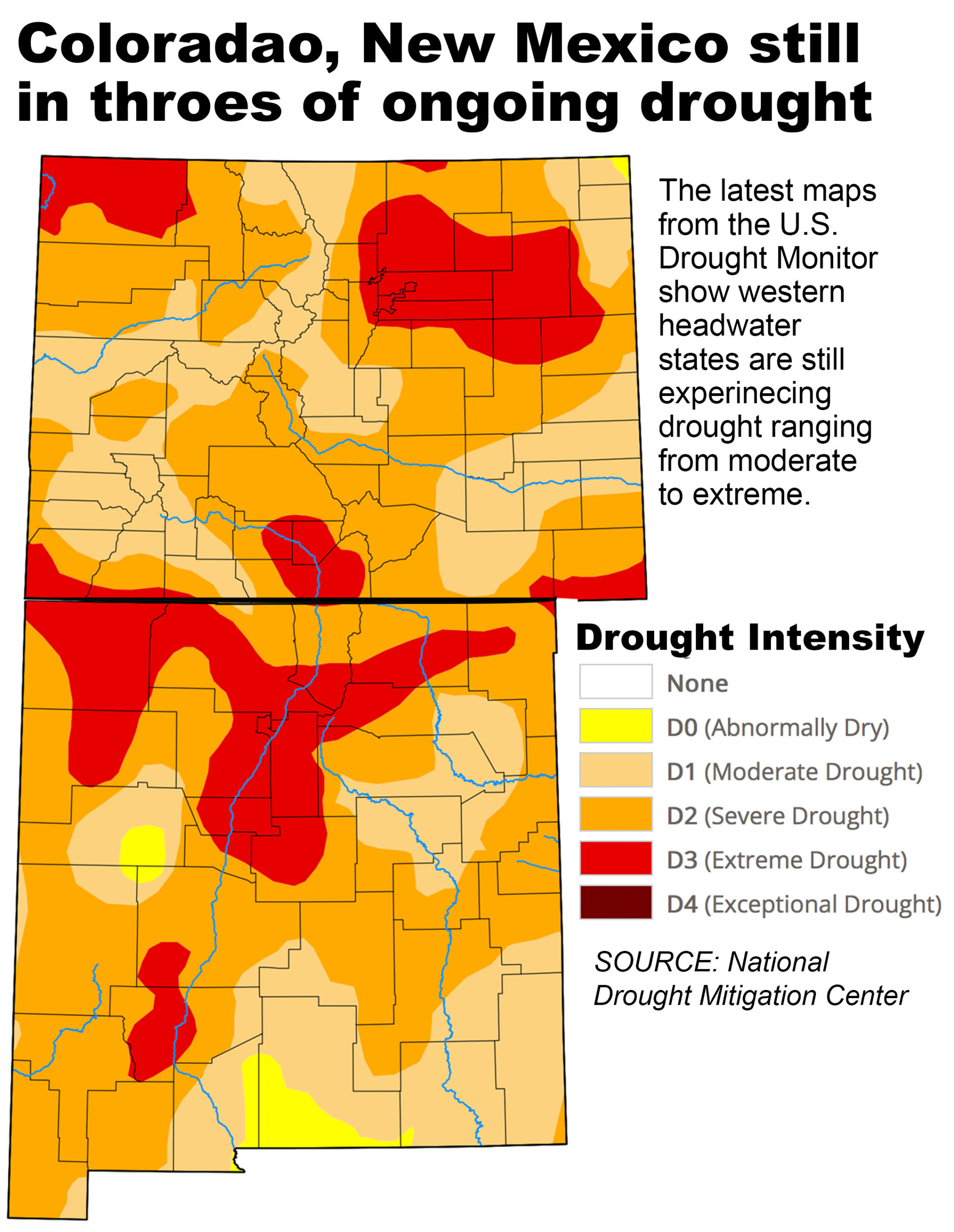 The county routinely enacts burn restrictions when warranted by recent weather and future outlooks. But a stage-one burn ban just over two weeks before Christmas is something of an anomaly – and one reflection of an ongoing drought that has gripped the region for upwards of 20 years.

In Huerfano County, fire restrictions came after weeks of unseasonably warm temperatures, interspersed with bouts of cold, dry, windy weather and little precipitation to speak of, which left the region particularly vulnerable to wildfire — in addition to the agricultural, environmental and economic impact of the extended drought.

The Conservation Reserve Program is a federally funded voluntary program that contracts with agricultural producers so that environmentally sensitive agricultural land is protected and used for conservation benefits.

All about the water
In the headwater regions of the U.S., the effects of drought are often felt more keenly and immediately since there are few reserves of water to fall back on.
In October testimony before the U.S. House of Representatives Committee on Natural Resources, Rebecca Mitchell, director of the Colorado Water Conservation Board gave the bird’s eye view, in the context of myriad water agreements and projects dating back to the 1922 Colorado River Compact.

She said the West is basically broken into two categories, the lower basin states of Arizona, California and Nevada and the upper-basin states of Colorado, New Mexico, Utah and Wyoming, with Lake Mead and Lake Powell as the dividing line.

Meanwhile, the situation is radically different upstream.
“Water users in the Upper Basin States have taken shortages nearly every year for over 20 years. Without a large reservoir upstream, upper-basin water users are reliant upon current runoff from snowpack and water users are only able to use water from that snowpack in that particular year. This means upper-basin water users frequently do not receive the full amount of water to which they are legally entitled,” she said. “When snowpack is abundant, water is available and water users put it to beneficial use. When the snow is thin, water is not there and they have to go without.”

“Currently there are significant ongoing planning and implementation efforts underway,” Mitchell said, “all taking place against a backdrop of critically low reservoir elevations, a 21-year millennium drought that is ongoing, and the challenges of a warming climate that will further stress the basin.

“Colorado has suffered from consecutive years of low stream flows. Perpetual dry soil conditions have increased absorption of snowmelt and reduced spring runoff. This year has been especially difficult: 90% of the state is currently experiencing drought.”
As a result of what scientists have dubbed a megadrought — a particularly long period of drought interspersed with very few years of normal to above-normal precipitation — Mitchell said many in her state are facing “heartbreaking decisions.”

“A major storage project in southwestern Colorado received only one-tenth of its water allocation this year,” she said. “Agricultural producers across the state are considering selling generations-old family farms. These types of decisions have significant economic, sociologic, and psychological impacts across the entire state.”

Where there’s drought, there’s fire
The summer of 2020 brought record-breaking fires to Colorado, including three of the largest wildfires in state history. In all, over 650,000 acres were burned and hundreds of homes destroyed.

In the wake of those fires, catastrophic mudslides in Glenwood Canyon closed Interstate 70 for some 17 days in late July of this year.

Huerfano County has painful recent experience with that very phenomenon. In 2018, the Spring Creek Fire burned some 108,045 acres in Costilla and Huerfano counties.
At the time, it was the second-largest blaze in state history, a record eclipsed in 2020 by the massive fires in northwestern Colorado.

The areas within and around the burn scar, especially the Pass Creek and Middle Creek drainages, have experienced ongoing mudslides and floods ever since and local governments have spent millions of dollars remediating waterways against possible flooding.

And now in 2021, with just over a week to go until Christmas and no discernable snow crowning the Spanish Peaks, Huerfano County is once again in the throes of a stage-one burn ban.