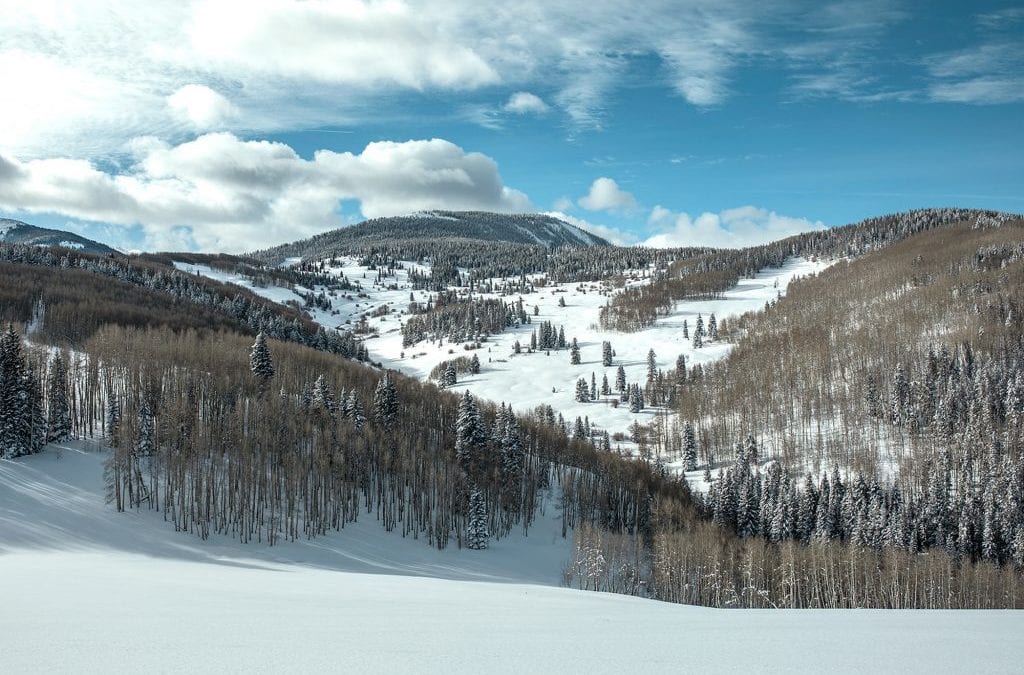 A Sinclair Lewis character in the novel “Babbitt” writes that in examining small towns, “You want to look at what they’re aiming to become.”

The same could be said of ski areas, which, in Colorado, are aiming to become bigger.

In Eagle County, Vail and Ski Cooper both expanded into new terrain in the 2019-20 season, each opening new surface lifts in 2020. Beaver Creek also plans to expand in the coming years. And this month, two of the ski areas they sit between on the I-70 corridor — Keystone Resort to the east and Sunlight Mountain to the west — have both received approvals to expand as well.

The effort to expand boundaries received new justification in the 2010-11 season when a record 60.5 million skier visits were recorded in the U.S. following record snowfall at resorts like Vail. In the seasons leading up to 2010-11, a growth trend had been seen in the sport, with the winters of 2007-08 and 2009-10 also recording roughly 60 million skier visits.

Following the 2010-11 season, however, a climate and, thereby, a skier visit extreme was recorded in the other direction as a record low snow year in many areas resulted in a nearly 16 percent drop in skier visits, to 51 million, in the U.S. in the winter of 2011-12. After recording a growth rate of 1.2 percent in the decade leading up to 2011, the industry went into a declining trend in the decade that followed, recording 52.8 skier visits in 2015-16 and 53.3 million skier visits in the 2017-18 season.

A large rebound occurred in the 2018-19 season amid, once again, unprecedented climate extremes, and 59.3 million skier visits were recorded in the U.S. In the Rocky Mountain region, a 17.4% jump in skier visits was recorded from the 2017-18 season to the 2018-19 season. The 6 million year-over-year climb in U.S. skier visits, something not seen since the early 1980s, was “a response of the market to favorable weather conditions and attractive product offerings introduced by the spreading of the mega-passes,” according to the 2020 International Report on Snow & Tourism published by Switzerland-based industry consultant Laurent Vanat.

Steamboat-based author Chris Diamond, in his 2019 book, “Ski Inc. 2020,” also speaks favorably about the Epic and Ikon “mega passes” and their ability to create more skier days in the U.S. by getting existing skiers out more. The subtitle of Diamond’s book is “Alterra counters Vail Resorts; mega-passes transform the landscape; the industry responds and flourishes. For skiing? A North American Renaissance.”

But Vanat says in introducing mega passes, the U.S. ski industry “managed to make existing skiers skiing more often, but yet failed at bringing in new skiers,” and says the business model of the large U.S. resorts “can be summarized as trying to get always more money from always less customers.”

Vanat also asks, rhetorically, “The question is to know if it will still be sustainable for a long time?”

Diamond, who was a top executive at Steamboat Ski Resort before becoming an author, thinks the answer to that question is yes. The hardcore skiers’ passion for the sport “is infectious and draws non-skiing friends into their adventure,” Diamond writes.

Diamond also notes an interesting paradox — the rise of crowds amid an overall decline in participation. Without naming names, Diamond asks “Isn’t it ironic that so many of the people who have been complaining for years about the lack of growth are now complaining about crowds?”

Even before the crowds at Vail made headlines across the nation in 2020, or the coronavirus pandemic paved the way for operators like Vail Resorts to impose a reservations system to limit the number of pass holders on the mountain, Diamond predicted that increased crowding at ski areas will be among the biggest challenges for the ski industry in the U.S.

“It’s a problem the ski industry is fortunate to have,” Diamond writes of liftlines.

The solution lies in the “quality of the ski experience,” Diamond writes. “This will call for better management and more investment.”

In other words, reservations systems and terrain expansions.

At Keystone, the Forest Service’s draft decision on the new lift and 555-acre expansion, published Nov. 6, will help the ski resort achieve a goal to “redistribute skiers from the front side of the mountain to less-crowded areas.”

But putting chairlifts in areas they didn’t previously exist exacerbates environmental concerns in those areas.

Local resident Susie Kincade, in opposing the Berlaimont Estates luxury housing development in the White River National Forest, cites the expansion of Beaver Creek as another reason to oppose the Berlaimont project.

“We have questions about the cumulative effects of all the development that the Forest Service is approving,” Kincade said.

“Additionally, increased water use as associated with the proposed snowmaking projects have the potential to impact the endangered bonytail chub, Colorado pikeminnow, humpback chub, and razorback sucker, which contain habitat downstream of the project area watersheds,” the assessment notes.

Snowmaking infrastructure would be added across 20 acres in the expanded terrain.

Wetlands could also be affected by the project, which was noted in the environmental assessment. As a result, the proposed alignment for the new lift was altered and disturbance around the terminals was adjusted in an effort to avoid sensitive wetland resources.

“Our draft decision strikes a balance between protecting sensitive resources like wetlands while providing expanded recreational and economic opportunities at this popular ski resort,” Stoeffler said.

Citizens can object to the Keystone project through Dec. 20.

For more information about the objection period as well as the decision notice and final environmental assessment, visit https://www.fs.usda.gov/project/?project=58011.

In addition to Keystone and Sunlight, several other terrain expansions are planned for ski areas in Colorado.

“We are still planning on the McCoy Park expansion, just not this year,” Plack said on Wednesday.

Steamboat Resort has proposed a 650-acre expansion with a new gondola, and has an environmental assessment for the project scheduled for completion by March 2021.

Kendall Mountain near Silverton could see a 300-acre expansion and five new lifts if the plan receives support from locals in the area.

The owner group at Monarch Mountain is hopeful for a 350-acre expansion with a new lift, and plans to formally propose moving forward with the project soon.

And at Wolf Creek, owner Davey Pitcher has long eyed a 1,000-acre terrain expansion with a new gondola, but says in recent months, he has backed away from the gondola idea and will probably seek an open air lift instead.

“Last February, we were actively working with the Forest Service, but then the pandemic reared its head,” Pitcher said. “We put it on the back burner for a little while, but I think we’ll start talking to them after January.”