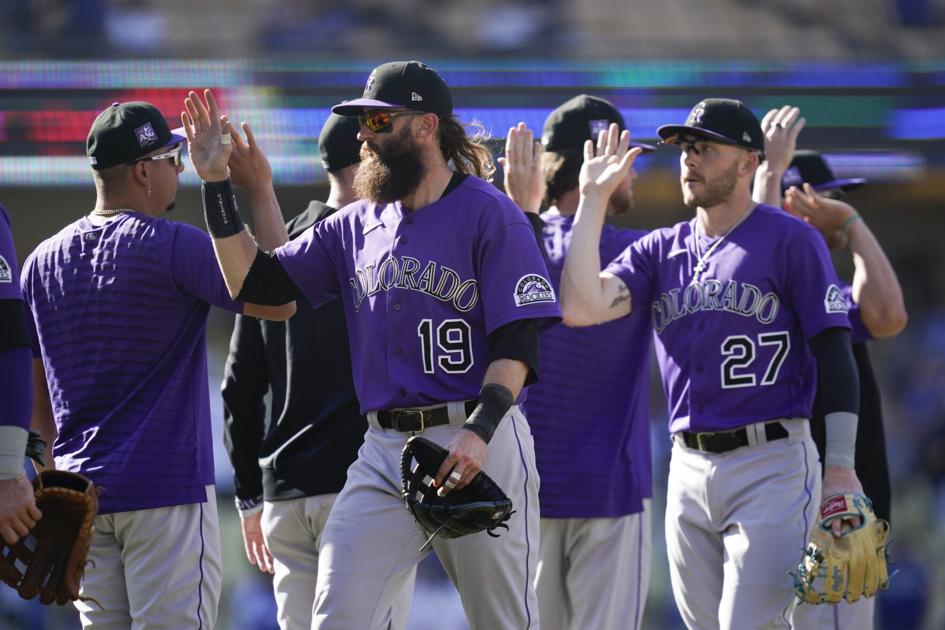 Right before the All-Star break last month, starting pitcher Antonio Senzatela felt the strongest he had in his career. His velocity was ticking up, and he built himself up to throw over 100 pitches in a start.

It’s safe to say he’s all the way back. On Sunday, he pitched seven innings, not giving up a hit until the fifth and allowing just two hits and no runs.

“I think this was the best game of my life,” he said.

In Senzatela’s 10th road start of the year, the Rockies finally got a win, beating the Dodgers 5-0, their first shutout in L.A. since June 8, 2016. It was just the 17th road win of the year for the team, and the first series win against their division foes.

“For us to beat them on their home turf because, for me it’s great,” manager Bud Black said. “It’s a great learning experience for our guys.”

As Senzatela quarantined in July, he was immobile for 10 days, passing the time by hanging out with his daughter. Then came the laborious process of gaining his strength back. Simple things like walking up stairs exhausted him. He added in extra workouts to get his endurance back, including more running.

On Sunday, he seamlessly flowed through the first four innings, needing just four pitches to get through the second. Corey Seager broke up the no-hitter attempt with a sharp line drive to center in the fifth. Senzatela fell behind 3-0 on the next batter Chris Taylor, but Senzatela roared back to get the strikeout on a 96.7 mph fastball.

He allowed two more to get on base in the seventh, issuing a walk and hitting a batter. But then Connor Joe robbed Taylor of a hit, reaching over the wall to snag it. Senzatela honored his left fielder with a tip of his cap, then cruised through the rest of the inning.

“That was one of the best moments of the game,” Senzatela said. “It gave me confidence to get back and throw.”

He hasn’t had much luck against the Dodgers this year, not making it past the fourth inning in his previous two starts against them. He was also 0-4 at Dodger Stadium in his career until Sunday. Not anymore though, thanks to his sturdy fastball and steady command. He had nine ground ball outs and five strikeouts.

The Rockies got to play spoiler against a team entrenched in a tight division race with the Giants. Player development is the main focus for the last stretch of the season, but holding back playoff teams is a fun perk. The Dodgers sent out seven pitchers, but the Rockies’ offense was able to crack all of them. The Dodgers’ bullpen, so worn down after the three-game series, had to send out third baseman Justin Turner for the ninth.

“I hope the guys feel good about this, I think they do,” Black said. “The Dodgers are fighting.”

It started in the first, with a single from Brendan Rodgers and a deep double from Charlie Blackmon. Then CJ Cron continued his tear, hitting his 10th home run of the month to give the Rockies a 3-0 lead. It was his 33rd RBI of August, the most in a month by any MLB player this season and most by a Rockies player since David Dahl in 2019.

Rio Ruiz added onto the lead in the seventh, hitting a sacrifice fly. Trevor Story scored later that inning on a wild pitch. Even Senzatela got on base twice, with a single in the first and a bunt in the fourth.

“We’ve been battling so hard on the road,” Cron said. “To come into LA and get a couple here was huge for us. We just got to continue. This series in Texas, we need to we need to play well, there’s there’s no way around that.”