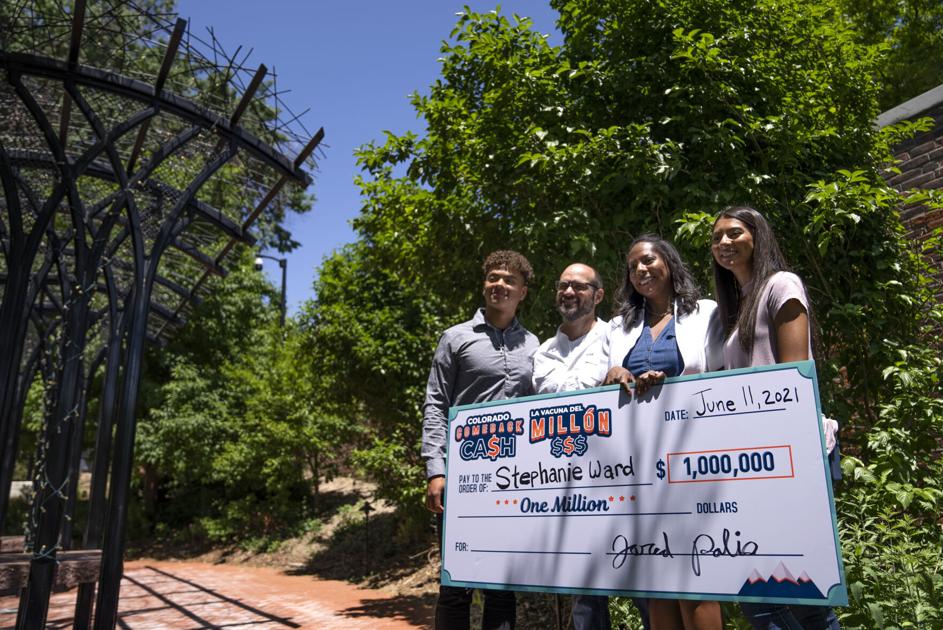 Littleton resident Stephanie Ward and her family were initially hesitant about getting the COVID-19 vaccine, mainly because of some possible long-term effects for her two children.

So a little over a month ago, Ward, her husband and two children — who she declined to name — sat down and a family and ultimately decided the benefits of the vaccine outweighed the the potential risks.

Fast forward to Friday, and nearly one week after the family received their second dose of the vaccine, Gov. Jared Polis announced Ward was the second $1 million winner in the Colorado Comeback Cash sweepstakes.

“I just did not believe it was real, because who wins a million dollars from a phone call?” Ward told The Denver Gazette. “I started googling (the caller) and searching the Colorado (Comeback) program and I was very shocked.”

Ward was randomly selected out of over 3.9 million vaccinated Coloradans eligible for the $1 million sweepstakes that began last week when Mead resident Sally Sliger was announced as the first winner.

The state will hold three more drawings before July 8, and aims to get people inoculated who are procrastinating or those on the fence about the vaccine, Polis during a said.

“Each person has their own reason for getting vaccinated any everyone who gets protected is a winner,” Polis said in the press conference at the Governor’s Mansion. “Don’t wait, get the highly effective, free COVID vaccine as soon as you can.”

Residents 18 and older who have received the initial dose of the vaccine are automatically entered into the contest. Additionally, residents between 12 and 17 are also entered into a scholarship sweepstakes that will award 20 more people $50,000 scholarships.

The initial five winners of the scholarship were announced on Thursday and the first $1 million sweepstakes on June 4.