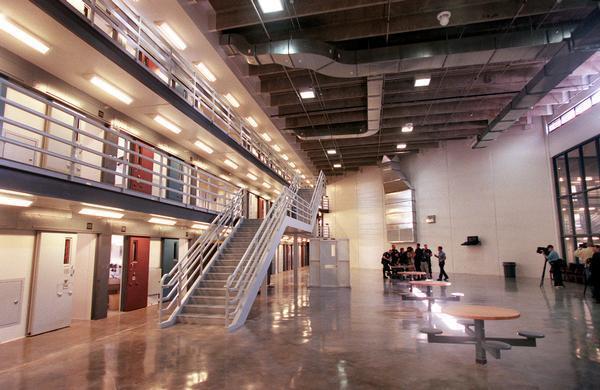 A second person incarcerated at Colorado’s largest prison has died of the novel coronavirus as more mass testing continues to reveal positive cases at the facility.

Little information was available Monday afternoon about the second death at the Sterling Correctional Facility, beyond the number of deaths attributed to COVID-19 ticking up from one to two on a Colorado Department of Corrections data dashboard. A spokeswoman for the department did not return a request for more information.

The death comes as broader testing reveals hundreds of inmates at the facility on Colorado’s Eastern Plains have COVID-19. New data released Monday from the Colorado Department of Corrections shows that 329 Sterling inmates have tested positive — about 23% of the 1,415 inmates who have been tested there.

The Sterling prison housed a total of 2,321 inmates as of April 30.

The increased number of cases — up 67 since Wednesday — once again makes the prison the largest outbreak in the state.

The department also announced Monday that mass testing is underway at a second facility, Crowley County Correctional Facility. Of the 299 inmates tested there, 37 have received positive results.

Outside of those two facilities, 109 inmates in 12 other prisons have been tested. Of those tests, only two were positive: one case at the Buena Vista Correctional Complex and one at the Denver Diagnostic and Reception Center. The inmate at the Buena Vista facility has recovered.

Eight of Colorado’s 22 prisons have not conducted any testing on inmates.

The new data comes amid renewed calls that prisoners be released to prevent more infections and deaths. While some inmates have been released, a coalition of health and civil rights organizations again asked Gov. Jared Polis to increase the number.

“Colorado just abolished the death penalty,” the coalition wrote Friday in a letter to the governor. “We cannot keep elderly and medically vulnerable Coloradans incarcerated in prisons that are likely to become their death traps.”

Over the past month, the state’s prison system has more than doubled the number of empty beds in its facilities. The system had 1,854 open beds on Friday, far more than the 688 open on April 13.

“With Colorado prisons operating at around 90% capacity, and many people locked in small cells with one or more cellmates and no possibility of social distancing, the population reduction efforts to date are woefully insufficient to mitigate spread of the virus,” the coalition’s letter states.