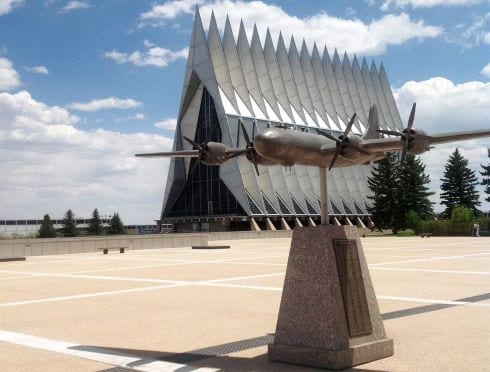 A second cadet has been found dead at the U.S. Air Force Academy, days after officials reported that a “firstie” who was due to graduate in May had died.

Cadets and staff were told in an online briefing on Saturday of the latest death at the Colorado Springs, Colo.-based academy, several members of the institution’s community told Stars and Stripes, asking not to be named because they were not authorized to comment on the incident.

Emergency vehicles began arriving in the cadet area about noon Saturday, one of the sources said.

The first death occurred Thursday and was not related to the coronavirus, the Academy said in a statement. No details have been made public about the second death, and neither cadet has been identified.

Both of the deceased were male cadets who would have graduated and would have been commissioned as second lieutenants in May.

Because both deaths “happened behind closed doors,” academy officials “want cadets with the doors open more,” said one of the sources with knowledge of the situation.

Most of the nearly 4,000 cadets at the academy were dismissed just more than two weeks ago and are studying remotely until the end of the academic year. The unprecedented move was taken to allow seniors, who remain on campus, to be housed in individual rooms, where they also take online classes, to allow them to follow social-distancing guidelines, which are considered key in stopping the spread of the coronavirus.

Despite the strict measures, two senior cadets have tested positive for the virus, the academy said Friday. Both are in isolation and are being watched closely. Two civilian employees and an active-duty service member also have been confirmed to have the virus, which, in some cases, causes severe lung illness.

The academy is working to identify anyone who has been in close contact with cadets and staff who have the virus, and has closed several facilities for deep cleaning and disinfection, officials said.